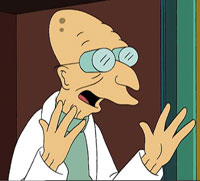 As I'm sure you all remember my award-winning CHONE-based projections combined with a spreadsheet from Beyond the Box Score for the 2009 Royals that came out long ago (and by long ago, I mean earlier this week). Since then, Sky Kalkman has "perfected" his spreadsheet and started Beyond the Box Score's Community Projection Project. Your's truly offered to "coordinate" the Royals projections over here. I hope that's cool, 'cause it's too late. The idea is that the nerdy portion of each team's internet fanbase (us) would fill out its respective team's tab of this massive EditGrid spreadsheet (click the tabs at the bottom to get to KCA -- you'll have to "arrow over" pretty far to the right). As before, I've filled in the basic vaules, but this time, I didn't get too crazy and specific. I just went with some very lightly "contoured" playing time predictions and stuff.

Why? Because this isn't my personal projection, but a community projection that I hope we can all come together and participate in to some extent, despite some recent disagreements and what-not.

So what do we do?

To repeat what I said in my earlier post, I simply entered in CHONE's projected rate offensive and pitching stats available both from CHONE's own site and also from Fangraphs. I used CHONE as my starting point because it's free and easily accesible to everyone with a level of detail not yet available from any other free projection systems, and it's completely out now. That doesn't mean we can't incorporate stuff from other projection systems as they come out (PECOTA and ZiPS are excellent, but neither is fully out yet, and PECOTA is only properly accessible to Baseball Prospectus subscribers). I hope that we also get input from those systems when they come out with their Royals projections... but more on that in a minute.

Anything is open to question and stuff, but here are a few things I've already done that I think is pretty good so far, so you don't have to look at it (although I'm always open to suggestions) and we don't waste too much energy nitpicking:

So What Do We Do Now? 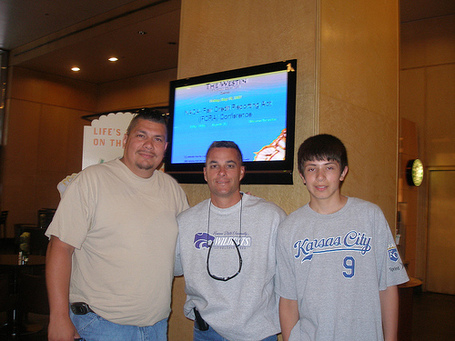 The place where the "human element" is most needed is what some might call the "subjective" element (pictured left) of a team's projection, or more accurately, the areas were statistics can't help us (I reject the "not stats" = "not objective" on dorky philosophical grounds). What I've entered in so far are the players first that I think will start, and then an assortment of bench players that seem to be on the roster at the moment. Part of a good projection is that it hits a "midpoint" between the best and worst -- it's not a personal prediction. In this case, getting more "wins" for the projected Royals isn't really the goal. Indeed we're going to be "wrong," more likely than not. The goal is to be as close to right as possible. So at this point, we have to prepare for all possibilities, good and bad, and choose a midpoint. That's why CHONE's "main"projections are his 50th percentile projections, and why I started with them. But we'll get into what to do about projections we think would be better in just a minute...

Sound good? I hope I'm not making this more complicated than it is, and that it can be fun and bring people who may have been arguing about too many things together. The link to the EditGrid is here, just browse to the KCA tab. It is also down below. Let me know if you have any questions, and let the Great Royals Review/BtBS/KCA Projection Debate of 2009 Begin (and hopefully can rationally get the vanilla projection beyond 77.3 wins)!

Note: The spreadsheet is set so that only the "coordinators" for each team (I'm the one for the Royals) can edit it. It's just simpler that way -- once we come to a consensus on each change, I'll make it.

Another Note: People should jump in with whatever comments they want to make, but I think I might start some "sub-threads" below, say, each day, so that people can contribute to a specific discussion...

Update, January 20, 5:11 PM EST: While we now have a "reasonable" and "objective" projection of 77.5 wins, this process hasn’t been quite as, um, "fun" as I’d hoped. I thought there’d be more angry criticisms of CHONE’s projections, or something. So, with a generous "thank you" to Colin Wyers, I’ve done something else… I’ve used a prototype Colin’s form for so that you can submit your own projections to me! Click here to see and use the form. Right now, I only have one for offense. Although you’re "’required" to fill most of the important counting stats, if you’re more comfortable with "projecting" rate stats for each player, fill in those, too, and I’ll make those the "priority" for your player. This is mostly meant as a way to liven up this projection process. The more entries I get, the more weight I’ll give them. Basically, then, I’ll so some crude "averaging" of this, meaning, after a few days, if we get a number of entries for a certain player, I’ll look and see what CHONE percentile to which the overall results are closest, and then sort of average the 50th percentile with that. Or something. It’s all very nebulous, but I hope you guys will get into it, and also that not too many jokes will come through… If I’m missing anyone, or there’s a simple way to make it easier, let me know.

Again, CLICK HERE to enter your own projections, whether based on Marcel/CHONE/PECOTA/Dempsey/Other system/your heart/your gut