Here we are: the Top 30.  I plan to go through them 6 at a time and then do a wrap up/overview of the Royals system.  Since we are doing only 6 at a time, I'm able to squeeze in some previous years' stats as well as a few pictures.  I'll go a little more in depth for my comments. 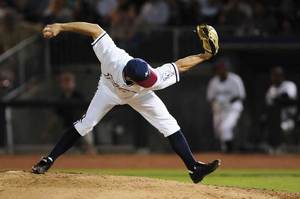 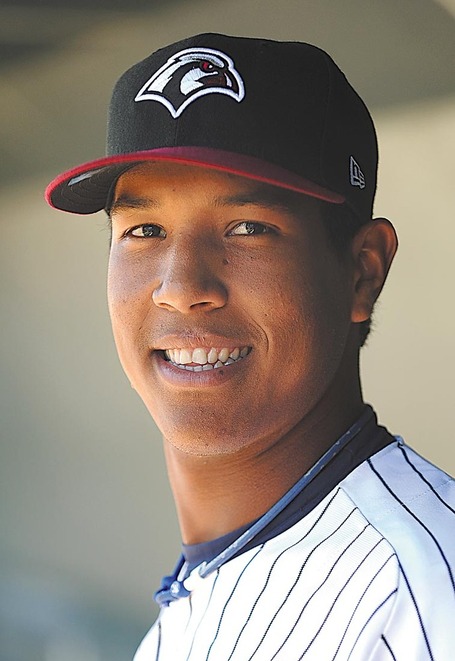 The Royals signed Perez out of Venezuela in 2006.  He got about 100 ABs in the Arizona Rookie League in 2007 where he struggled with an 599 OPS.  In 2008 he split time between Burlington, NC and Idaho Falls-- where he still got less than 100 ABs (due to injury, I believe) but he posted a healthy 891 OPS.  Last year, he began the season at Low-A  Burlington, Iowa where he predictably struggled (he was only 18 when the season began).  But when Idaho Falls began their season, he was moved there where he put up respectable numbers.  Perez has grown into a big kid (he's 6' 3') but the limited reports I've heard on his defense have been good.  Perez has decent power and is willing to take a walk.  With Will Myers in the fold, where he starts 2010 is a little murky--I"m still guessing he goes to Burlington, Iowa where he will probably struggle some (especially early in the season) but I think Perez has a chance to be an above average catcher in the big leagues.

Holland was drafted in the 10th Round of the 2007 out of Western Carolina.  He was a successful college reliever who got a good amount of strikeouts and kept the ball in the park but also gave up a fair share of walks.  After he was drafted the Royals sent him to Idaho Falls where he pitched well, posting an ERA in the mid 3s.  In 2008, he skipped Low-A Burlington and went directly to Wilmington where he pitched 84 valuable innings.  The test would be how he would do in the hitter friendly Texas League.  What was encouraging to see was that the percentage of batters he K'd stayed the same, the HR rate stayed the same, the walk rate stayed the same (it wasn't great to begin with but at least it didn't go up), his GB% went up.  He gave up more hits but that is due mainly to big spike in BABIP.  He struggled in limited innings at AAA.  I know his FB is a good pitch for him but I'm not familiar with his offspeed stuff.  In 2010, he'll have a chance to prove himself and, if he does well, could be in KC later in the summer where he could be a valuable reliever.

Most of you know the Chris "Disco" Hayes story--undrafted out of Northwestern in 2006 the Royals signed him as a free agent.  He's called "Disco" because his sidearm/submarine fastball velocity stays in the 70s.  He gets groundballs like crazy and has consistently posted FIPs in the mid to low 3s.  Last year he got off to an amazing start at AA with a sub-1 ERA.  He was pretty lucky.  Then he was promoted to AAA where his ERA ballooned to 4.59.  What changed?  He was actually walking fewer people, K'ing the same amount, HR rate about the same, GB rate dropped but was still good-- it was BABIP: from 269 at AA to 367 at AAA.  Look at his combined line for last year and that's just about right--everything pretty much evened out.  So don't be down on Hayes because of his AAA ERA.  He still looks like a good reliever for us if we are smart enough to hang onto him.  He is going to need a good infield defense behind (cough-SS-cough) to succeed.  He will probably start 2010 at AAA but if he pitches well, there is no reason he shouldn't be called up soon. 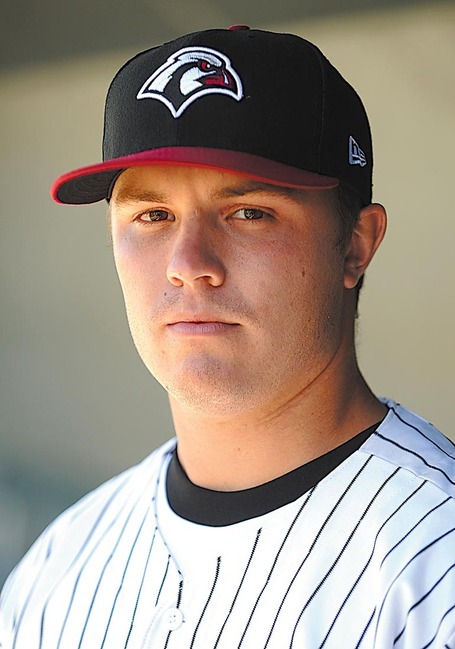 It's quite a feat for a 2009 20th Round draft choice to be this high on the list.  And Keating was a true 20th Round pick, not some talented player who dropped due to bonus demands.  In his Senior year at U. of Florida he had an ERA of over 5 and struck out about 6/9ip.  Apparently the Royals thought they could refine his delivery, drafted him, and all the sudden he's throwing in the mid 90s with good breaking stuff.  He was pretty much unhittable in Idaho Falls striking out over 13/9ip  and also got a 56% ground ball %.  The spike was so dramatic that its hard to know what his ceiling is--if his stuff stays that good, then you could be talking closer.  I'm anxious to see how he does vs. more advanced hitters.  He could start 2010 in the same place he ended 2009: Wilmington.