Greetings Royals Fans!  I’m NWroyal (you can also call me Darren) and I’ll be one of the new voices writing for Royals Review.  I’ll be writing mostly about the draft and the minors.  I grew up in and became a fan at the age of 8 while watching Game 7 and seeing Saberhagen jump into Brett’s arms.  That winter I bought my first pack of baseball cards (1986 Topps) and got a Saberhagen and Howser—I was hooked on baseball—besides my new team had just won the World Series—I knew it wouldn’t be long until they were in the postseason again... I now live in Oregon and look forward to some meaningful October baseball--in the next few years.

We are less than 4 months away from the draft.  All around the country you are beginning to hear the ping of the bat as colleges and some warm weather high schools start kicking off the season.  The Royals will have the 12th pick in the 1st round.  That will be the longest they have had to wait to pick since they took Billy Butler at #14 in 2004. (The Royals have been in the top 14 of the draft since 1996).  This year’s draft looks to have one elite talent but it has some depth after that.  The great unknown is how strapped for cash teams will be.  Will they look for signability picks (especially with many of the top prospects being advised by Scott Boras)?  That could play to the Royals advantage since they have not shied away from pick (in fact, using their first round pick on a client the past 3 years).

Here is the draft order through #12:

College Pitchers The 2009 crop of pitchers is certainly the strength of the class, particularly at the college level.  In both 2007 and 2008, the Royals haven’t drafted a college pitcher in the top 10 rounds of the draft.

The top prospect in the draft is right-hander Stephen Strasburg.  Anyone who tells you otherwise is wrong.  He got a lot of attention for a 23K, 1H shutout of last year.  (for more about this read here).  He’s got a fastball that can reach triple digits, great breaking pitch, good changeup and excellent command.  Strasburg has been compared favorably to the best college pitchers of the past 20 years (Mark Prior and David Price).  He’s advised by Scott Boras and you’ve got to think that will be looking for $10+ million.  Even with that price, I don’t see passing on him.

White is North Carolina Junior who will probably be drafted in the top 5.  The right-hander has a good fastball/slider combo but his control is a little spotty.  http://www.thebaseballcube.com/players/W/Alex-White.shtml

The Missou right-hander is known for his slider.  If he doesn’t come up with an offspeed pitch, his future might be in the bullpen.

Oliver has pitched for but his status is murky because the NCAA suspended him due to his relationship with agents (coughBorascough).  He is appealing the suspension.  Oliver is a left-hander with improving stuff and a good feel for pitching.

Update: Oliver won his appeal is and is eligible to pitch for this season

Crow was drafted 9th overall by the Nationals and didn’t sign.  He will pitch in the independent league this spring.  Crow had a great Junior year at Missou going 13-0, preceded by a phenomenal summer of 07 at .  He has a great fastball, good slider, good control and ‘knows how to pitch’.  But he doesn’t have a traditional pitchers’ frame and some wonder if he will end up in the bullpen.

Kendall Volz: big right-hander who future may lie in the bullpen

Mike Minor: polished lefty who is a safe bet

Grant Green is the SS at and he’s my #2 overall prospect in this draft.  He is supposed to have a very good glove as short and has power and patience at the plate (.390/.438/.690 last year).  He tore up the Cape Cod League this past year (an elite summer league which uses wood bats and is normally a very tough hitting environment).  I’ve heard the Padres really like him and he won’t make it past the #3 pick. 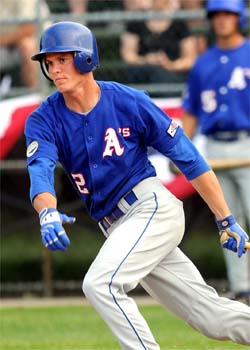 Dustin Ackley might be the CF for .  I say might because played first base last year to save his arm which was injured he eventually had Tommy John surgery. But he is supposed to be healthy this season and playing the outfield.  Ackley is athletic and can hit like nobodies business (.417/.503/.597 last year). He tore up the Cape Cod League for 41 abs before surgery. He’s a client and also with some injury issues and might be somebody who drops on draft day.  ( Client) 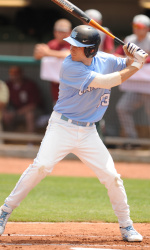 Robbie Shields is a SS at Southern—his bat is very good but he may have to shift to 2B.

When it comes to HS pitchers, there are two names that have separated themselves from the pack: Purke and Matzek.  They are both explosive HS lefties.  Purke has both filthy stuff and knowledge of what to do with.  He is tall and skinny and as he fills out could gain velocity on the fastball that already sits in the low 90s. 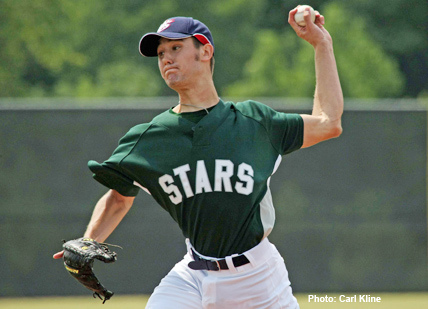 Most people I’ve read prefer Matzek slightly to Purke.  Matzek doesn’t throw quite as hard but he his slider, curve and changeup are more developed.

Shelby Miller RHP righthander who had a strong summer showing

Jacob Turner RHP  Righthander from outside who is supposed to be similar to Tim Melville.

Donovan Tate is going to make somebody look really smart or really stupid.  He is one of the best athletes in the draft in a long time.  He’s a CF with a great arm, great speed, and great power.  He’s the kind of player that Dayton Moore dreams about at night—but he probably won’t make it past the Braves (he’s from Georgia and not many of those players get past the Braves). He is also a top rated football player who is advised by and a football scholarship to where he also plans to play baseball.  The team that drafts him is banking on him blossoming from an athlete into a player once he focuses exclusively on baseball.  He supposedly prefers baseball over football—my guess is he will sign for a pretty penny. 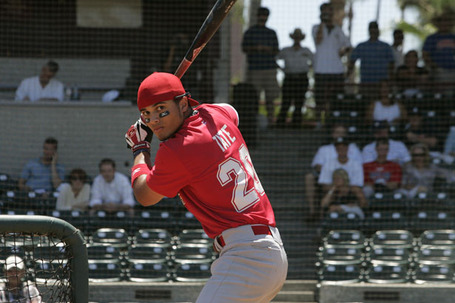 If, for the third straight year, the Royals want to draft one of the best power hitters in the draft, they could go for high-schooler Austin Maddox.  He has a cannon for an arm (and could be a first round talent as a pitcher).  Maddox won’t be 18 until May but is already stands 6’ 3" tall—so there is some question about if his body will hold up at catcher.  But the reports on his defense are good. 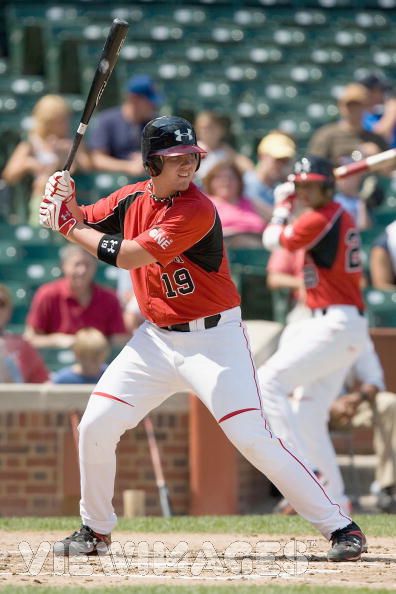 I would rank them:

Not that rankings mean a whole lot this early in the season. I would say the talent begins to drop off after #7 or 8 (I don't know what to think of Crow at this point). We will give updates on the college players once they get into their season. High School are difficult to get much info on. The Royals might still get a chance at one of the better players because players always drop for either signability or just weirdness (Justin Smoak). I don't see any of the top college guys dropping all the way to #12 but I'm hoping that either Matzek or Purke will be available. Either one of them would give us a high ceiling, polished (at least for a high schooler) lefty. Let me know your draft thoughts.