If the Royals Were Nations: Position Players

Share All sharing options for: If the Royals Were Nations: Position Players

Not really inspired by the upcoming World Baseball Classic...

John Buck: The sheer difficulty of trying to find something to say about Buck evokes Belgium, a nice nondescript place that has given us... well, chocolate and, if I recall correctly, the first tri-color flag in Europe (take that France!). Quietly however, Belgium has also seen increased internal turmoil due to the rivalry between the Flemish and the Walloons, resulting in possibly the lamest sectarian strife outside of the Quad Cities. The secret hatred between Flanders and Wallonia also mirrors the bizarre Buck versus Olivo controversy that erupted on the Royals blogosphere around mid-season in 2008. Lastly, despite her small size, Belgium's prime location in the heart of Western Europe has made Brussells a popular site for international commerce and treaties. In much the same way, Buck was a featured part of the Carlos Beltran trade, one of the watershed moments in Royals history this decade.

Miguel Olivo: One of the more obscure nations of the Middle East, Oman is relatively moderate, relatively prosperous, and starts with an O. Miguel Olivo is moderately wealthy (for a baseball player) and moderately useful as a backup/part-time catcher. Like Oman, we all know that there are obvious limitations, well, all of us who know about Olivo/Oman to begin with. Like Olivo, Oman relies heavily on one asset, and it is the presence of that asset (oil/some slugging) that keeps Oman above the likes of Paul Bako, who for our purposes is Yemen. Oman is also a monarchy, and Olivo seems like a guy who fancies himself the king of his domain.

Mike Jacobs: A vastly over-rated source of power, Mike Jacobs is the Russia of the Royals. Russia has some obvious strengths -- oil, a semi-functioning millitary, bravado -- and so does Jacobs, who once hit... well let me look this up... 32 home runs. Of course, he did so while being horrible at everything else, just like Russia can kick around anybody in its sphere, yet remains a hollow giant thanks to corruption, a terrible health crisis, declining population and a myriad of related post-Communist problems. But like a Soviet-era tank rolling unchallenged through the Caucus, Mike Jacobs (and his dedicated online devotees) are not going to let anyone forget how powerful they are. The obvious corollary here is that Ryan Shealy is Georgia and Kila is South Ossetia. 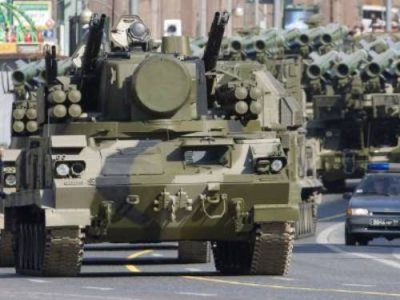 Alberto Callaspo: I'm just not creative enough to avoid the obvious joke about Callaspo being Ireland, and you can all see the most vulgar and stupid connection there. However, there's more than the bottle, there's the subtlety of Callaspo's skill set: like Ireland, Callaspo has some really useful qualities, it's just that something like a tragic element to his character is preventing everything from really coming together. And now, like the busting Celtic Tiger, it looks like Callaspo's chance at greater prominence may be gone.

Mike Aviles: While so much was going wrong for everyone else in 2008, Greenland actually turned in a hell of a year, thank you very much. Similarly, Mike Aviles, previously unheralded and dismissed, emerged out of nowhere to steal the show for the 2008 Royals, at least among position players. The complete meltdown of TPJ was so horrible that Dayton had to make a move (we all realize that if TPJ had merely hit .260 none of this would have happened, right?) that unexpectedly produced Aviles. Similarly, years of climate change has Greenland dreaming of all sorts of riches, so much so that they've voted to ease themselves from Denmark. If Mike Aviles is Greenland, than that probably makes Tony Pena Jr... Svalbard? Ellesmere Island?

Alex Gordon: If the countries of the world were sports, then Indonesia and Nigeria would be "soccer in America", to use a particularly tortured way of thinking about it. Indonesia is always a country you hear about as a coming power, although something always prevents this from happening. Did you know Indonesia is already the fourth most populous nation in the world? They even have a relatively non-insane political situation. Tons of potential, with a lot already in place... sounds like Alex Gordon, the semi-sleeping giant of the Royals roster. The only possible problem here is a) I don't really know much about Indonesia and b) I'm not sure they're cocky and smirky enough. Obviously, a Gordon-USA connection works, only Gordon hasn't really done enough or been around enough. Maybe that makes him Texas.

Mark Teahen: Somewhere between underrated and not quite good enough, depending on the category, lies Portugal, the little brother of the Iberian Pennisula. Portugal has great weather, some fantastic scenery and is strong, and usually cheap, in the wine category. There's also credit to be had for keeping Portugese distinct enough from Spanish so that everyone's sufficiently annoyed and a ton of historical cache for pushing Europe out past the Azores and south of Morocco. (Well, at least from a European perspective.) Everything else being equal, Portugal's 85% as lovely and romantic and historic as France, Italy or Spain, and really only the English know it. That's our Mark Teahen, something of a historic Royal at this point, as he dates, like Buck, to the Beltran trade. For a supposed Moneyball-player, Teahen's shown a real versitility and is now something of a gadget player. Of course, Teahen, like Portugal, has his fatal flaw, which is his inability to (probably) hit enough, just like Portugal, which after years of semi-dictatorships, is always just a little too poor, a little too un-developed once you leave the coast. But just as Portugal will always have the sixteenth century, Teahen will always have 2006. 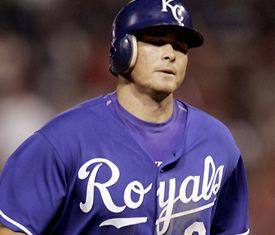 Jose Guillen: Guillen is loud, unstable, and unreliable. He's also expensive. Sounds like Italy, a beautiful, vibrant, and unique country that also happens to be totally insane. Jose Guillen has played for nine teams in twelve seasons, Italy has had over sixty governments since World War II. Guillen has sometimes had a volatile relationship with his teammates, Italy managed to fight for both sides in World War I (and World War II, to a lesser degree after 1943) and was widely blamed by Germany for a myriad of Axis defeats in World War II. Like a beautiful Italian couple sharing a delicious meal with an endless sunset as the backdrop, about once a week Jose Guillen will hit a ball so hard that it seems to all be worthwhile. It isn't.

Coco Crisp: Maybe it's the silly nickname -- dude's legal name is Covelli Loyce Crisp -- maybe it's the braids, maybe it's the fact that centerfield seems like the funnest position to play, but whatever it is Coco seems like a guy who likes to have a good time. (I fully admit he could be a monkish, surly, hermit, but roll with it... )At the center of Europe, lies the Czech Republic, which has given the world Prague, which has become the nightlife/partying/all things "adult" capital of Europe. Yes, we're living in the days of the Wild East. (A British marketing campaign has produced this brilliant analysis of nightclubs in Prague versus those in the UK.) The Czech Republic amicably dissolved her bonds with Slovakia, ending the forty odd year run of "Czechoslovakia" in 1993, stunning everyone with its simplicity (who knew the names fit together like that?) and the fact that a genocidal civil war didn't have to erupt to do so. In much the same way, Coco Crisp was quietly traded from Boston this off-season, and the move wasn't the last step in a two-month scorched earth campaign about what a horrible teammate Crisp was. Many people also considered that an impossibility.

David DeJesus: Reliable, steady, and lacking in flash (has the man ever tried a different hair cut or the obligatory baseball-player goatee/blonde dye-job?), DeJesus is the Germany on the roster. He's blander than Crisp (Czech Republic), better than Buck (Belgium) and Teahen (Portugal) and less powerful than Jacobs (Russia). Sure, just like Germany might be viewed as a little too cold, a little too Rammstein-ish, a little too expensive, we might quibble with some of the things that we never quite got from DeJesus: the power is limited, he's a horrible basestealer, and, at this point, may not be the best option in center. So he isn't perfect. Nevertheless, he's been one of the most valuable Royals for half a decade now, is an efficient worker for what he's paid, and is well-educated relative to his peers.

Billy Butler: Billy Butler, he's big, brash and carries a slightly more lovable version of Alex Gordon's not quite earned swagger. Sounds like Australia, which has always been something of the Texas of the Commonwealth. There's even something similar in the accents, if you think about it. Heck, Australia was even a part of the Coalition of the Willing, or whatever it was called. Like Butler, Australia is somehow massive and important, yet also without a category: are we really buying that it is a continent and not just a big island? What holds Australia back, is her vast distance from everything; what holds Butler back is the vast distance between him and the ball when he's got a glove in his hand. Moreover, Australia's always been hindered by a distinct lack of people, making it big but also largely empty. Butler's had that problem at the Big League level, posting somewhat empty batting numbers. Like your typical Aussie, Butler seems like a guy who has seen a malted beverage or two.