With the Royals and Indians set to clash for the next three days at the K, let us take a moment to remember Chan Perry, who briefly played for both teams in the early days of this decade. Only five players in Major League history have only played for the Indians and Royals and no one else: Billy Harris, Mike Hedlund (the 88th Greatest Royal of All-Time), Steve Mingori (the 62nd Greatest Royal of All-Time), Jason Rakers and Chan Perry.

Chan Everett Perry was born in Live Oak, Florida in 1972. Thirty years later, he would go down in history as one of the proud men who guided the 2002 Royals to a 62-100 record and made a region proud. 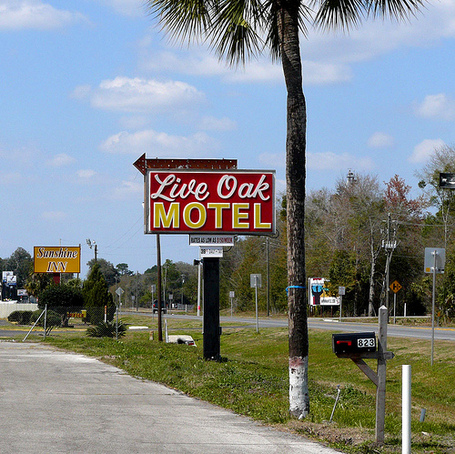 Perry was drafted by Cleveland late in the 1994 draft (44th round) and spent six minor league seasons in the Cleveland system, culminating in a two year run at AAA Buffalo.Technically, Chan was a utility man, but the type of utility guy who can't really play an infield position other than first. I'm sure Chan was happy to be part of any organization coming out of Florida, but in retrospect the Indians were a really bad fit for him. Cleveland was absolutely stocked with hitters at the corners, and although Chan was a fairly polished college prospect, it had to have been clear early on that he wasn't going to be a better hitter than Jim Thome or Manny Ramirez, to say nothing of the various free agent bats the Tribe was bringing in in the 1990s (Paul Sorrento, Ellis Burks, Matt Williams, David Justice, etc.). Thus, Perry's best minor league season, a .315/.355/.521 season at AA in 1997 did little for him professionally.

In 2000, as a 27 year old, he hit .296/.336/.434 in AAA and with the clock ticking on his time under the Tribe's control, he was briefly called up in August of that year. Chan appeared in thirteen games, mostly as a late-inning defensive replacement for guys like Manny Ramirez and Chris Selby. In those thirteen games, Chan got fourteen PAs, and hit .071/.071/.071.

Needless to say, Chan's days as an Indian were over. As a minor league free agent he signed on with the Braves -- scouted by Dayton Moore we can only dream -- where he hit .274/.316/.403 at AAA Richmond. It was an uneventful sojourn.

The next off-season however, Chan entered into the storied pages of Royals history, signing with the club as a free agent. According to this obscure Geocities page from seven years ago, dude was raking in Spring Training. Chan hit better in Wichita than he had in Richmond -- .316/.359/.481 -- and put himself on the team's radar thanks to his OK hitting at AA.

Mike Sweeney missed a month in the middle of the 2002 season, which created an opportunity for Perry of sorts. While the Royals used Ibanez at first quite a lot in 2002, Perry, in late July and early August of 2002 snagged three starts at first, and appeared in two other games as a defensive replacement.

Perry's first game as a Royal came on July 25, 2002, against Detroit. Starting at first and hitting sixth, Perry went 0-3, but drove in a run in the sixth with a groundout, scoring Joe Randa. In the bottom of the sixth Perry was lifted for Michael Tucker, who finished the game. The Royals would lose the game 5-2. Five days later, Perry played an inning at first in a blowout loss to the Blue Jays for no apparent reason.

Perry's second start came later in the Toronto series, where he again hit sixth and played at first. Facing Roy Halladay, Perry grounded into a double play in the first inning, but in the second, after Michael Tucker had stolen third (Penaball!) Perry picked up another clutch RBI groundout. Two starts, two RsBI as a Royal. Perry grounded out again the fourth and the sixth, and was lifted for Joe Randa in the eighth inning.

Chan would appear in two more games as a Royal. His final start came on August 4, 2002 against the Twins. Chan went 1-5 with a single, and snagged yet another RBI. It was probably his greatest game as a Royal. No, not probably, definitely. It was not Corey Koskie's favorite Chan Perry game however. In the 10th inning, with Torii Hunter on third, Koskie grounded to Perry at first. When Perry threw home, he nailed Koskie in the chest, send Koskie to the ground in agony as Torriiiiiiiii scored the winning run.

In his final game as a Royal, Chan finally got to be part of a Major League victory subbing for Chuckie Knoblauch late in a glorious 10-0 rout of the Devil Yars at the K.

The next day, Mike Sweeney was back, and Chan Perry was gone.

Perry was not a part of the 2003 Believe Royals, signing with the Pirates as a minor league free agent in the off-season. Between AA and AAA in 2003, at the age of thirty, Chan hit .282/.327/.398 in what would be his final season in baseball. Though he never returned to the Majors, he played in the 2003 Eastern League All-Star game alongside: Grady Sizemore and Mike Fontenot.

Chan's older brother Herbert also played at Florida and was also drafted by the Indians. Herbert however, was a second round pick, and eventually played in over 500 Big League games. The Perry brothers were rather lovingly portrayed in George Castle's book Throwbacks: Old-School Baseball Players in Today's Game, which informs that Chan was named after Chan Gailey. He is, most likely, the most accomplished individual in human history to be named after Chan Gailey.

His five games played as a Royal is good for 523rd most in team history, tied with Craig Brazell, Adrian Brown, Enrique Burgos, Alan Hargesheimer and others too grand to mention.

Every year, Jason Rakers and Chan pick one Royals-Tribe series and attend it in person, making a mini-vacaction of it with their familes. They spend the series meeting old friends, telling baseball tales and lies, and dressing their wives in complicated, homemade jerseys that are half Cleveland, half KC. Rakers is more of a Royals fan at this point, while Perry is reportedly still loyal to the Tribe. As mentioned in the third appendix to Joe Posnanski's The Soul of Baseball, they play up their little rivalry just to make things fun, but really, they both just love the game. They see in Royals-Indians baseball a metaphor for how life should be lived; in every Rafael Betancourt appearance, a reaffirmation of man's fallen nature, but also the signs of a loving God and his forgiveness as they take pictures of their kids standing outside Michael Tucker's plaque in the Royals Hall of Fame. Twice, since retiring, Perry has served as Slider, the Indians mascot at children's hospitals in the Cleveland area, each time, with Mike Hedlund's baseball card, bought from a blind man at a garage sale in Overland Park in 2002, tucked inside his shirt pocket.

Actually, none of that last paragraph is true. I made it up. Chan Perry has disapeared into complete obscurity.