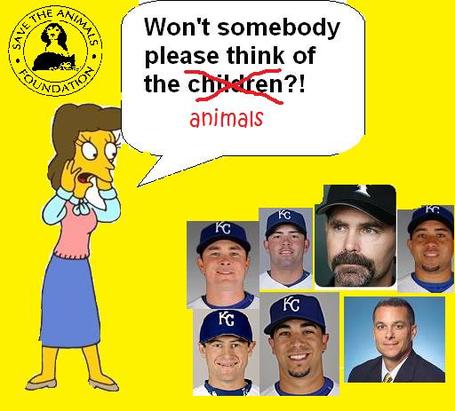 It is with pressing urgency and sincere purpose that I wish to address you this evening. As you may very well know, the Royals Review Rally Zoo was designed earlier this season under the careful guidance and tutelage of Lone Star Ball's finest zoo trainers, architects, and various other personnel. While they served as the inspiration for RR's Rally Zoo, it was not until you-- loyal Royals Review reader/rabid Kansas City fan--provided enough community support for our animals to give the RR Rally Zoo its heartbeat; its lifeblood; its foundation.

From our meek beginnings of a simple beverage can, roaches, and alpaca on loan from Texas to our current  assemblage featuring dozens of your favorite zoo creatures, it has always been your community support that has kept things at the RRRZ up and running. You have provided invaluable contributions to the zoo itself as well as indirectly effecting the 2009 Royals offense in times of its greatest need. The meteoric rice in popularity of the Alpaca, Ameoba, and zoo groundskeeper "Emo" is a testament to bizarre and improbable Royals offensive comebacks against dreaded rivals such as the Twins and Indians.

However, as a fellow RR Rally Zoo supporter, I reach out to you tonight. The zoo is in dire need. For those uninformed of current developments, it has been twenty-four (24!!) staggeringly long innings since the Royals offense has scored. Even the meekest Rally Zoo could not survive on such a budget, let alone one of the proportions we enjoy here at Royals Review. Head groundskeeper Emo and Mr. Mandelbaum have scrounged through our inventory of reserves to collect enough food, water, and supplies to keep the zoo afloat for the most immediate future, but our cabinets have rapidly been depleted. Some of you noticed in the last two game threads that our newest female employee has had to cut off the lower half of her Royals shirt in order to serve as bedding material and imitation Sham-Wows. While her popularity among zoo visitors as a tour guide has skyrocketed, she can't remove anymore clothing without violating regulations and having PETA knocking down our doors.

The animals are exhausted, hungry, and in the lowest spirits I have ever seen them. Rumor has it that the Rally Zoo's current condition was the motivation behind today's players-only meeting in St. Louis. To give you a peek into how bad things have become lately: other Rally Zoo animals are making fun of the warthog's appearance, the wombat is stealing other animals' food and hoarding it in his pouch, the YipYip aliens haven't "yipped" or "boing'ed" in nearly a week, the earthworm has been buried underground since the Cleveland comeback game, nobody knows if the sloth is asleep/passed out/ignoring everyone, the dingo has been looking at every baby that comes by its exhibit very strangely, and the dodo is........well, extinct.

As you can see, the RR Rally Zoo needs your help now more than ever.  "How can I help?" you ask?* Stopping by for a quick visit to see the animals will surely raise their spirits.  Dropping off some food and/or monetary donations (now accepting debit cards!) will help keep operations afloat and help rebuild our rapidly diminishing reserves. Even something as simple as volunteering your time in the zoo would be of immense benefit.
*(Legal Notice: The creation of "Voodoo" dolls for opposing pitchers such as Joel Pineiro, Justin Verlander, Rick Porcello, and Edwin Jackson has been a hot topic of late and cause a stir of controversy in zoo circles. However, at this time, the RRRZ is unable to support any such movements. If you choose to do this, please do so at your own risk.)

Once again, thank you for your continued support of the Royals Review Rally Zoo. I have full confidence that with your help, our prayers for Kansas City Royals rallies will be answered and the zoo will be full of life once again. Twenty-four innings has been a horrific drought, but I have supreme confidence that the worst is behind us. Sunday brings with it a new week, new pitchers, and the hope of new rallies. After all, Saint Louis is an animal-loving city, right? On behalf of all of the zoo's animals and support staff, I salute you. 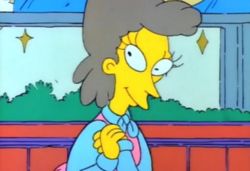 I will choose to support the RR Rally Zoo by: