Share All sharing options for: Adventures in Low-Level Boredom: A Frawley Stadium, Home of the Wilmington Blue Rocks, Review

So what happens when an obscure blogger devoted to a fourth-place team spends a Saturday trying to watch a single-A baseball game? Less than you might think.

So here's the short version: my wife and I drove to Wilmington on Saturday to watch the Blue Rocks, only the game (actually a doubleheader) was postponed due to rain, so we turned around and drove home. It's a well-worn story. The problem in this particular case is that as soon as they called the game, it stopped raining. For good. This is where the longer version of the story kicks in.

Even though I didn't get to see the Blue Rocks play, because most Royals fans don't live anywhere near Wilmington, Delaware, I feel like it's something of my bloggerly duty to report back about the Blue Rocks' stadium & gameday experience. Although I was very excited to embarrass myself with a post full of terrible scouting observations, I obviously never got that chance. Still, I have tickets for later this summer, so at some point all of you will get your chance to copy & paste whatever stupid things I say, doubtlessly saving them for a later date.

But alas, let's talk about Frawley Stadium. After the jump you'll also find a number of photographs, including the Blue Rocks' touching tribute to Mike Sweeney. 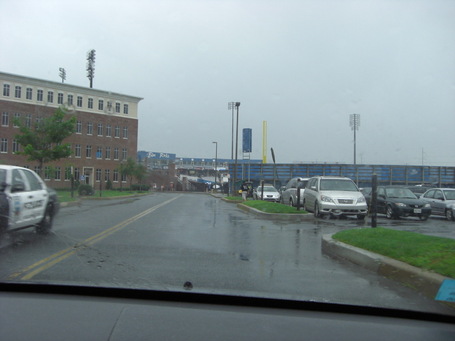 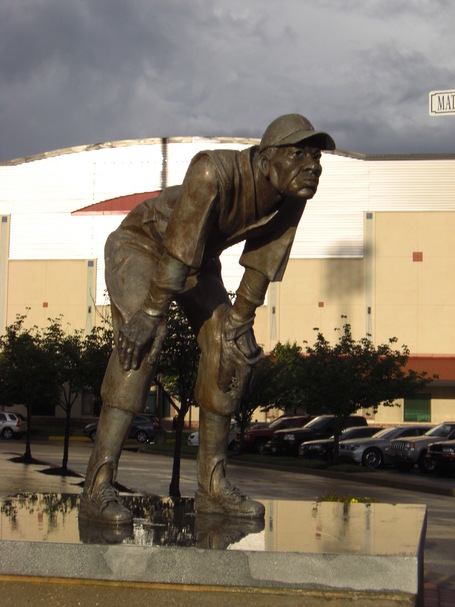 The man walked on water. 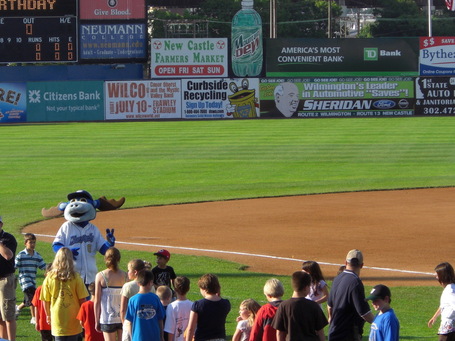 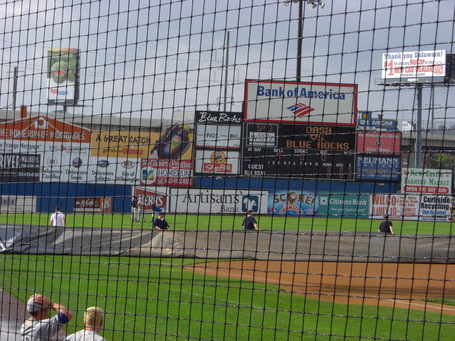 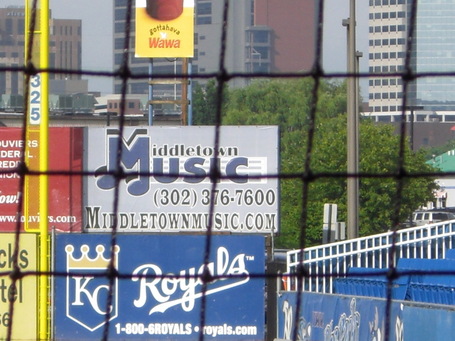 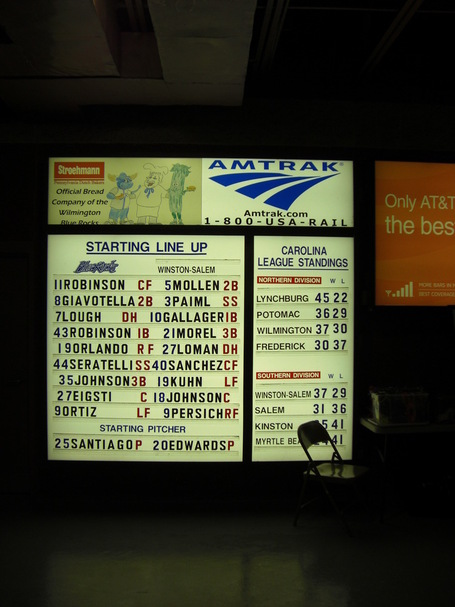 The starting lineups for a game that never happened. 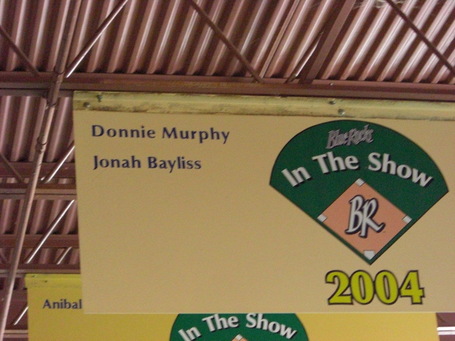 This is what happens when your player development system completely implodes. 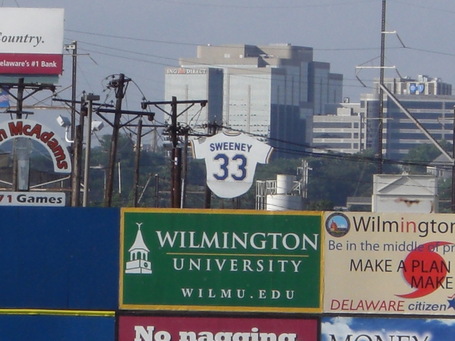 Well, this has somehow turned out to be a frighteningly long post, and I'm a little bit horrified with how poor a job I've done in writing about my day at Frawley Stadium. After the nearly two-hour rain-delay, most of which was dry, they rolled the tarp back on, did the ceremonial first pitch for some reason, then announced another delay. Then it rained hard for thirty minutes and they called the game. Then it stopped raining, for good. I understand there was still water everywhere, and the ground may have been saturated. Moreover, they couldn't have known that it wouldn't rain again. This was at the tail end of a month-long stretch where there was a reported 50% chance of rain every single day.

The field as we left: 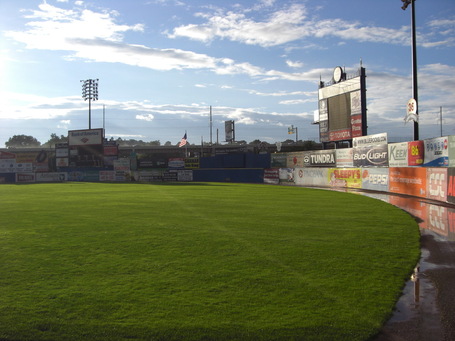 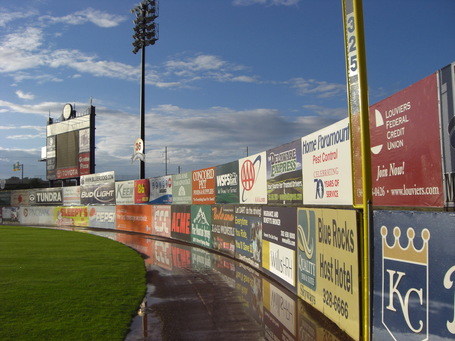