As an avid reader of Royal's Review, I am going to do the affiliate review of 1390 KNCK out of Concordia Kansas. I was born 20 miles away in Belleville, Kansas (population 2,239) and lived 10 miles away in Jamestown, KS (population 399), but went to school in Concordia from kindergarten until I graduated high school and joined the Navy. Besides a look at Concordia, I have added bonus material (at end of article) on the only two players to be born in Cloud County (which contains both Jamestown and Concordia) that made it to the major leagues, George "Lefty" Dockins and Elmer Stricklett. I hope you enjoy my look at small town Kansas and I hope not to sound too sentimental.

Concordia (called "Con" by the locals because, who likes to pronounce a word with 4 syllables) is located in Cloud County in North Central Kansas. In the last census it had 5,714 people and like many small Kansas towns, it has been slowly declining. Concordia has been the county seat since 1870 and presently is the largest town in Cloud County. It is located 31 miles south of the Nebraska border (which is nice around the 4th of July depending on which fireworks get banned in Kansas) and in the middle of the state in the east-west direction (located on US Highway 81). The Republican River is located just north of town. The river used to come just to the edge of town, but has flooded a few times and changed its course and is now about a half mile away.

Concordia was designated the county seat in 1870, and it incorporated in 1871. R.E. Allen was elected its first mayor. The city was completely planned out and got its name because one of the planners was from Concordia, Missouri. The area just west of town was the southern hunting grounds of several Indian tribes. The tribes followed the buffalo herds which were attracted to the local salt deposits. A stream just west of town is aptly called Buffalo Creek.

Concordia has several attractions and its most famous one is the Brown Grand Theater. It was paid for by Napoleon Bonaparte Brown. Construction began in 1905, and it was completed in 1907. It was considered one of the best Opera Houses between Kansas City and Denver. The Brown Grand was added to the National Register of Historic Places in 1973. After a few years of neglect, it was restored from 1974 to 1980 to it original state. 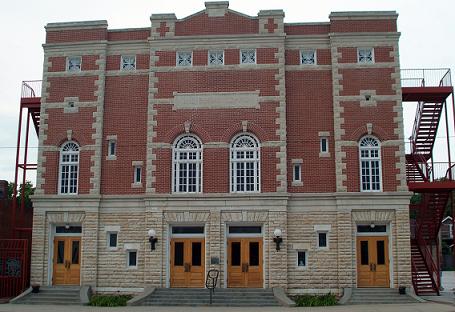 Another town landmark is the WWII Prisoner of War Camp located just north of town and was aptly name Camp Concordia. It operated between 1943 and 1945 an was the largest POW camp in Kansas. It housed mainly German prisoners from battles in Africa. Several buildings remain and there is a restored guard tower. 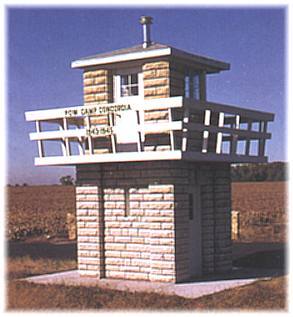 Many items from the prison are stored at the Cloud County Historical Museum. The Cloud County Museum was originally the town library created by money given by Andrew Carnegie in 1908.

Another landmark that stands out in Concordia is the Nazareth Convent and Academy. It was built in 1903 and is listed in the National Register of Historic Places. In 1919 a nursing school was added and continued until 1964 when it was moved by the sisters to Marymount College in Salina, KS. 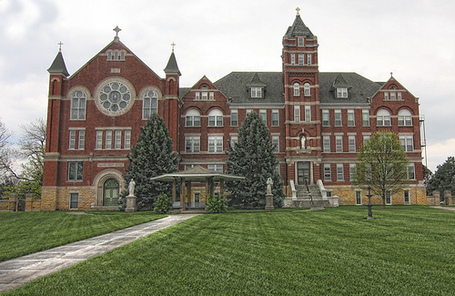 A more recent addition to the town is the Orphan Train Museum. It is housed in a restored Union Pacific Railroad Depot and contains the records of orphans that were sent from east coast cities to be placed with families across the country from 1854 -1929. 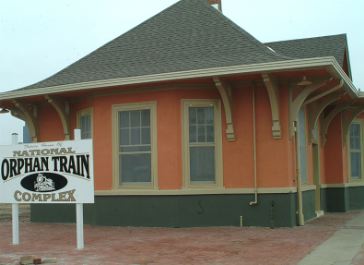 Concordia is known to be the "The Stained Glass Capital of Kansas". I have never understood the lure of stained glass, but the tour includes churches, of course, and many private residences.

Opening day of pheasant and quail season attracts people from all around the world. The town goes nuts during this time. Legally, only male pheasants can be shot. They are known as cocks. I remember growing up wishing for a Big Cock Country hat (I was/am so immature). I know farmers that make more money leasing their land and rooms for hunting than they make from traditional farming (some farmers have a secondary cash crop that also keeps the money coming in). Dove and deer season are not as much of favorite with out-of-towners, but the residents enjoy them immensely. 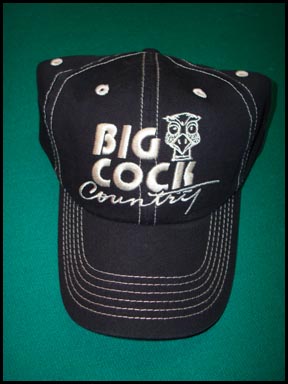 As with any small town Concordia gets much of its pride from the school system. The typical high school senior class size is about 100 students and the mascot is the Panther. As with any town this size, everyone follows the high school sports teams and always have an opinion on how they could do better. The Concordia Panthers have won 28 states team titles in 6 different sports over the years

And of course here is the best picture I could find of the cheer leading team. 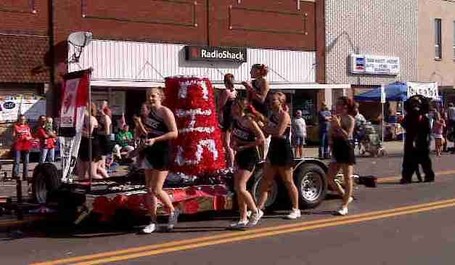 There was was a Catholic High School, Notre Dame High School, that operated from 1962 to 1969. After its closing, the school building has been used for 5th and 6th grade students.

Concordia is the location of Cloud County Community Junior College founded in in 1965 with about 3,325 current students. A Normal School (teachers college) was once located in Concordia, but it was consolidated and moved to Emporia State University located in Emporia, Kansas.

A few notable people called Concordia, home. The most famous ex-resident of Concordia was Boston Corbett. He was known for hunting down and killing John Wilks Booth, Lincoln's assassin. He lived in a hillside dugout southeast of town around 1880. A monument is erected in his honor and a local restaurant is named after him. Another resident, Frank Carlson, was the governor of Kansas and a US Senator. The city library is named after him. Also, two former NFL football players, Keith Christensen and Larry Hartshorn, were from Concordia. I personally knew them both. Keith was the dad of a friend of mine, and I pity any person that crossed him. Larry was my gym teacher with the typical too-tight shorts, a whistle and a laid back personality.

No person born or raised in Concordia has made it to the major leagues (two players from Cloud County did make it as seen in the bonus material), but Greg Brummett lived there for a few years after his retirement. He is best known for leading Wichita State to the College World Series Title while leading the NCAA in wins in 1989. He debuted in the the majors in 1993 for the San Fransisco Giants and was traded to Minnesota Twins later that season as the player to named later. He only pitched in 1993 in the majors and ended up with a career mark of 4- 4 with a 5.08 ERA.

The other resident that had major league experience was Ernie Quigley, a National League Umpire from 1913 to 1937. He was an umpire for 6 World Series (1916, 1919,1921, 1924, 1927 and 1935; with the 1919 World Series being the Black Sox Scandal). Ernie didn't limit himself to just baseball reffing. After learning basketball from basketball's inventor James Naismith, he became a basketball referee including the 1936 Olympics and eventually got elected to the Basketball Hall of Fame.

The Royals radio affiliate is KNCK (1390 AM) and now transmits Hot Adult Contemporary music, while in the past I have know to be Talk, Country and Oldies. It also has a sister station KCKS (94.9 FM).

I was born and raised in a small town in Kansas called Jamestown (population 399). The town didn't produce any great athletes, let alone anyone making it to baseball's majors leagues. I expanded my search to see if anyone born anywhere in my home county, Cloud, made it to the majors. To my surprise, there were two players to make it, both played over 50 years ago, but at least they can be my home county heroes.

George "Lefty" Dockins was born in Clyde, Kansas on May 5th 1917. George started his major league career when he was 28 with the St. Louis Cardinals in 1945. He debuted against the Cubs that year and 25 days later he got his first win against the Boston Braves. His first major league shutout came later that year against the New York Giants on August 8.

In 1946 he was not picked up by a Major League team as most major league regulars were back from the war . He played with Fort Worth in the Texas League where he went 12-6 with a 2.17 earned-run average.

In 1947 George signed with the Brooklyn Dodgers and only got into 4 games, never getting a decision and had and ERA of 11.81 . The next year he managed the Fort Worth Cats until Bobby Bragan arrived. Bobby just lost his catching job to Lou Campinella, but he would go on to lead Fort Worth to 2 straight titles.

In 1959 George became a member of the Kansas Baseball Hall of Fame. He eventually moved back to his home town of Clyde, Kansas where the local baseball field is named after him. On January 22, 1997 at the age of 79, George died.

Elmer Stricklett was born on August 29, 1876 in Glasco, Kansas Elmer was a right handed pitcher that started out in the Texas League. During that time he discovered how to throw a spitball (also called the moist or wet ball at the time) and he spread it to the Major Leagues. Some accounts have Elmer inventing the spitball while other have him learning while he was in California. What is not disputed is that he threw it and taught future Hall of Famer Ed Walsh to throw it also.

Elmer started in the major leagues by joining the Chicago Whites Sox in 1904. He started only one game for them giving up 10 runs over 7 innings.

Elmer was one of the shortest pitchers ever in the majors standing at 5'6". There were only six pitchers shorter than him ever to pitch, three being 5' 5"and the other three being 5' 4" inches.

In 1905, he moved on and played for the Brooklyn Superbas. Elmer completed 78 of the 89 games he started as a Superbas and had a record of 35 - 50 over the next three years.

In 1909, Elmer and the National League's commissioner's office started a dispute that kept Elmer out of the major leagues for 3 years. He did not report in 1909 to the Brooklyn team as his contract stated. Instead he player baseball in an "outlaw" California League. He was placed on Brooklyn's' reserve list, thereby making him unable to play for other National League teams. In 1910, he tried to get reinstated, but was denied by the commissioner's office.

Finally,the commission reinstated Stricklett in 1912. He stated that he did not come back and play for the Brooklyn team because his wife did not want him to be gone from their California home for the entire 6 month baseball season. He promised to follow the rules of organized baseball and had to pay a $100 fine. As punish for not showing up in 1909, the Brooklyn team sent Elmer to play for the Binghamton baseball team in the New York Baseball league. He never to sniff the major leagues again

Not much else is know of Elmer after that point except that he died June 7, 1964 at the age of 87 in Santa Cruz, California.