Pictures and Comments from Spring Training 3/14

Share All sharing options for: Pictures and Comments from Spring Training 3/14

Today I actually got to go see the Royals play and it was pretty bad.  Well let's just start with what was good in my eyes:

Now about what was bad.
Well, I am off to watch practice and hopefully a minor league game today and have my tickets for Greinke - Buehrle tonight.  Here are some pictures from yesterday.
I had field pass for the game, but it was just at the end of BP for the Royals.  Billy is actually able to hide behind someone. 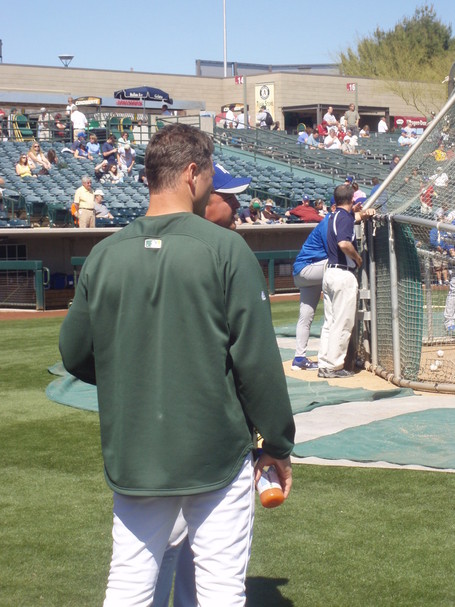 Myself and my brother enjoying the sun. 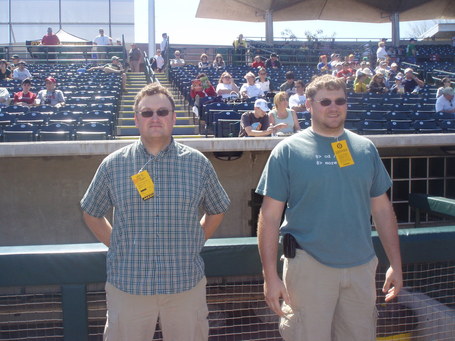 Kila at first and Aviles at first.  I was wanting to get a picture of how fat Yuni is now.  I will try for one tomorrow. 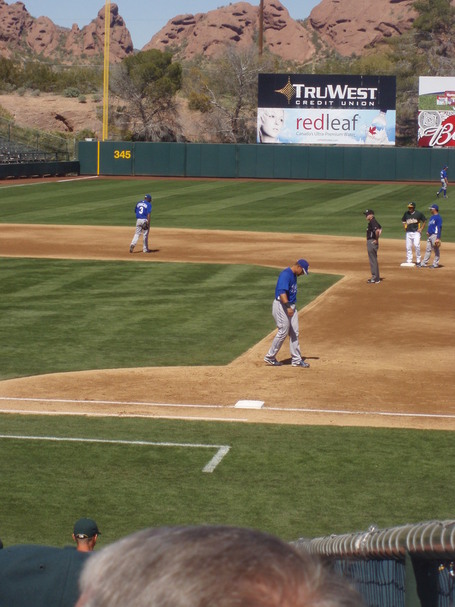 Fan watching was great.  Gotta love flames on your sunglasses.  I think my son may like a pair of those. 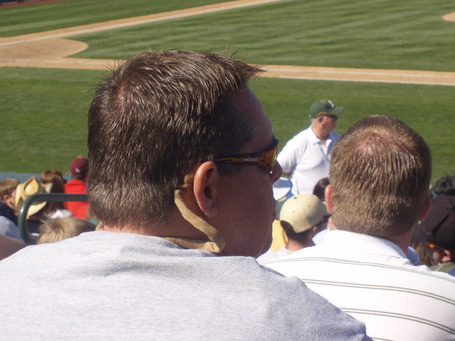 There was plenty of eye candy also.  WARNING - THIS DOES NOT MARK THE END OF THE THREAD 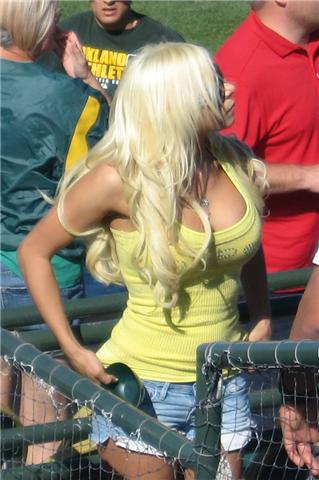 Also, gotta love Surprise where you can take your golf cart to Safeway. 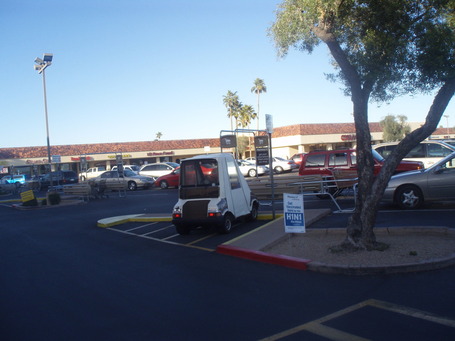