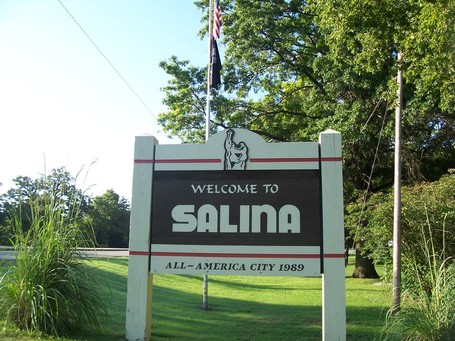 Although I have not officially ever lived in Salina, I have spent a considerable amount of time there. My wife spent her high school years in Salina and her parents still live in town. My brother lived there a few years including a few days in the local jail. Heck, I was even married there and that seems to be going good some 7 years and 2 kids later. Hope you enjoy my take of the town

Salina (pronounced Sah-line-ah) is the county seat of Saline County. It was founded in 1856 where the Saline and Smoky Hills Rivers come together. It was the western most outpost on the Pike Peaks trail for a time. Today it is more known for being at the intersection of I-70 and I-135.

An Army airfield was located there in WWII and was expanded in the 50's to become Schilling Air Force Base. The base was eventually closed in 1965. At one time, it had one of the longest runways in the country at 12,300 ft and was recently airfield used by Steve Fossett when he became the first person to circumnavigate the world solo without being refueled.

The main economy is manufacturing with Tony's Pizza, Schwan Food, Phillips Lighting, Exide Battery, Great Plains manufacturing and El Dorado National all located in Salina . Agriculture also has a strong presence as with most Kansas towns. 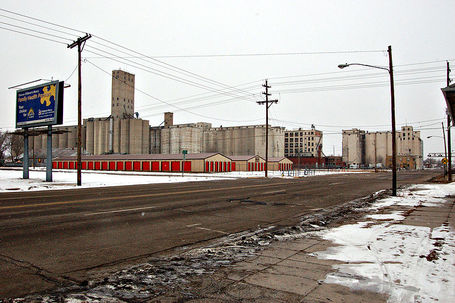 A main attraction of the city isn't actually located in town, but a few miles west of town on I-70. The Rolling Hills Ranch is a "foundation dedicated to the conservation and propagation of rare and endangered species " It is a great place for the kids and has quite a few unique animals (white tiger, etc.). For our wedding, we about had our reception there, but the room was surrounded by a bunch of stuffed animals. Knowing my redneck family, I didn't want to find out what would happen to them once the alcohol got flowing. 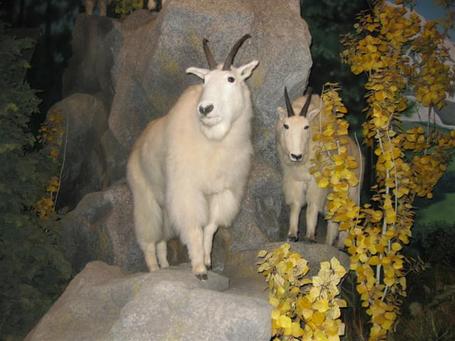 Another nice attraction is The Stiefel Theatre for the Performing Arts (formerly the Fox Watson Theator) located downtown and was opened in 1931 and had a $3 million renovation in 2001. 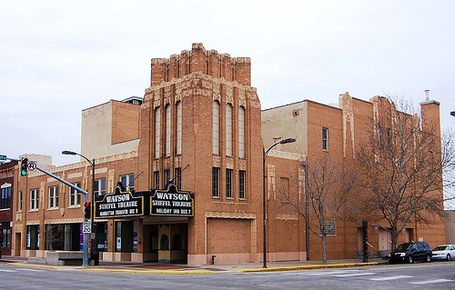 A personal favorite I like to visit is the House of Sight and Sound (known also as the House of Smoke and Dope). It is a one of kind music store in which you will never know what you will find.

The eateries in town are OK. Two of the better ones, Martinelli's (Italian) and The Scheme (pizza), are located downtown.

The only can't miss restaurant is the Cozy Inn. It was considered one of the "101 Tastiest Places to Chow Down" by the Travel Channel. The only item made there are identical (no custom orders) small onion filled hamburger on the same grill since 1921. Make sure you get them to go or don't bring the family as there is only 4 or 5 total stools in the place. At least get a six pack and don't leave the bag in your car overnight as the smell will stick for a couple of weeks. 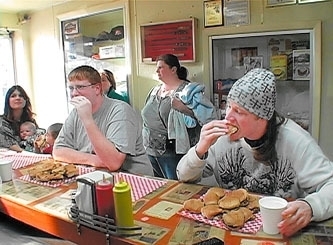 Salina must be the stoplight capital of the world. They seem to be everywhere and it is pretty ridiculous. I think there is some conspiracy with the street department and the local gas stations trying to get people to use as much gas as they sit and wait for the light to change with no other cars in sight.

The Smoky Hills River Festival is the city's major yearly event that takes place in June every year. It has several music stages along with local art, food and shopping.

The Radio affiliate that carries the Royals in Salina is KSAL 1150 AM (News and Talk).

Five people born in Salina have gone on to the Major Leagues:

Bob Swift (1940 to 1953)- Bob spent 14 season seasons in the majors mainly as a backup catcher and hit an amazing 0.231 and accumulated -4.8 WAR over his career. He coached for several years after that and managed the Tigers twice when Chuck Dressin was ill. He is most famous for being the catcher when the White Sox sent vertically challenged Eddie Gaedel up to bat. 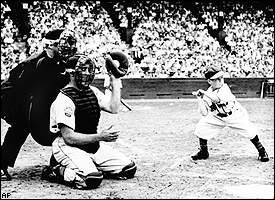