The size of the TV market appears to play a huge role in the amount of money that MLB teams are willing to spend on their payroll.

I read a very interesting article on "End of Year" payrolls by Maury Brown. The Biz of Baseball had data on EOY payrolls going back to 1999, so I decided to look at the data to see if I could make any sense of TV market size and MLB payrolls.

First, I made a chart of all teams. It’s a jumbled mess, and about the only thing I knew for sure was that the Yankees consistently spend more than any other team. 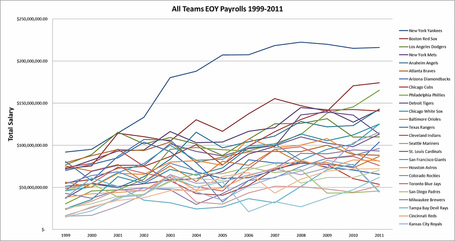 Then I decided to break the team spending down by TV Market size. I found a recent report that listed the TV markets and the respective MLB teams. Then I charted the Top Five TV Markets teams. The top three markets each have two teams, so eight teams are represented altogether. The teams (and market size) are: 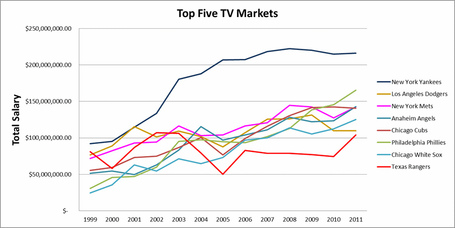 Then I charted the bottom five TV market teams. The teams are: 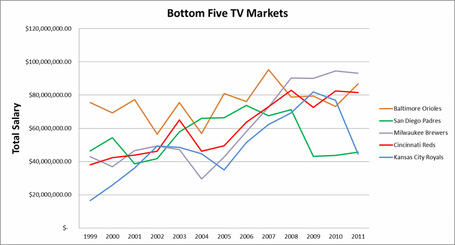 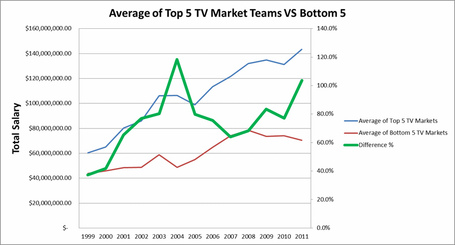 If you are a fan of a small-market team like the Royals, this chart is a little disturbing. Both in real dollars and percentage, the small market teams are losing ground to their big brothers. The difference was over 100% in 2004 and 2011.