Royals Payroll and Revenue Over the Years

Share All sharing options for: Royals Payroll and Revenue Over the Years

David Glass has known to be a stingy owner of the Royals, but how does the revenue of the team compare to the major league team open day payroll.  Using payroll and revenue data from 1990 to 2009, I was able compare the percentage of revenue used for player payroll for the Royals and all MLB teams.  Teams that take in more revenue will have a larger payroll, but how do the Royals compare to the other teams in percentage of revenue paid out to players: 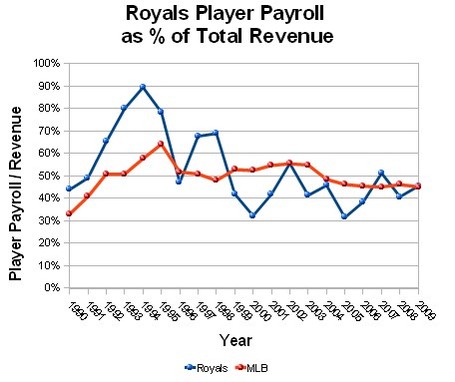 As it can be seen, the percent of revenue as payroll has been below the league average in all but one year since Glass took over as the full time owner in 2000.

Besides the percentage of revenue, here is a graph showing the raw numbers. 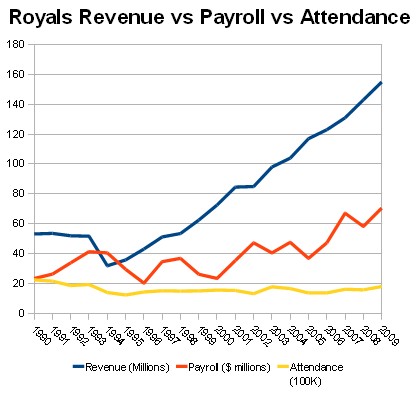 None of the numbers really surprise me as Glass has generally been a cheap ass compared to other owners in the league.

Payroll data is from retrosheet/databank

Revenue data  is from http://www.baseballchronology.com/Baseball/Teams/Background/Revenues/ until 2005 and the rest is from Forbes magazine (google search: mlb team revenue)