Alex Gordon has been on all sides of the fan love and baseball production perspective. Now is it time to get into the meat and bones of Alex Gordon's hitting. I will start with some basic stats and then get into the some heat maps and batted ball data.

To start with, here are some stats for him over the years (all stats from fangraphs.com).

First, his home run rate over the years is very consistent, with a possible trend upward. The other noticeable trend is the steady drop in batting average (0.260 to 0.232 to 0.215) over the past 3 years. This drop can easily explained by the steady drop in BABIP (0.309 to 0.276 to 0.254) over the same time frame. To see if the BABIP rate was talent driven or luck, his batted ball data needs to be looked at:

Alex's BABIP are generally in line in every year, except for 2010. He should have had a higner BABIP of his near 0.350 considering he had a 23.2% line drive rate instead of his 0.254 (almost 100 points less). Alex's drop in batting average in 2010 looks to be cause by mainly bad luck on his batted balls.

Next, here are the run values, per 100 pitches, for varying pitch types.

Alex as a rule struggles with any pitch that has movement on it, besides knuckle balls. This confirms probably what everyone has seen of him when he he is at bat; Alex can't recognize or hit a breaking pitch.

Finally, here is how he has done at swing at pitches in and out of the strike zone.

He is within a couple of points of the league average for most categories, except when making contact with balls outside of the strike zone where he misses pitches over 8% more than the league average.  He has gotten better over the last couple of years though.  A trend I also noticed is that pitchers are throwing more and more pitches out of the zone (Zone%) to Alex over the years probably hoping he will chase them.

To further show Alex's strike zone, here is his personal strike zone against left and right handed pitchers. The view is from the catcher's perspective and the scale is percentage in decimal form. The percentage is the number of pitches swing at in that part of the plate divided by the total pitches thrown in that area. All the data is from the past 4 years on 0-0 count. 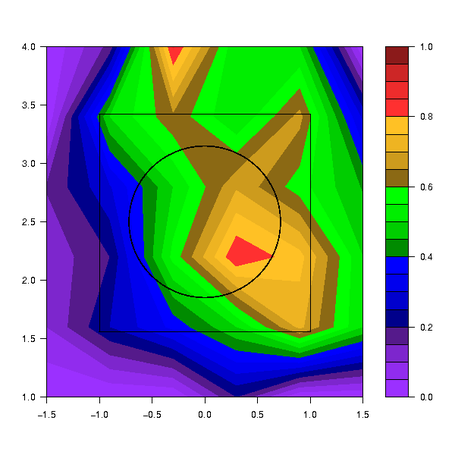 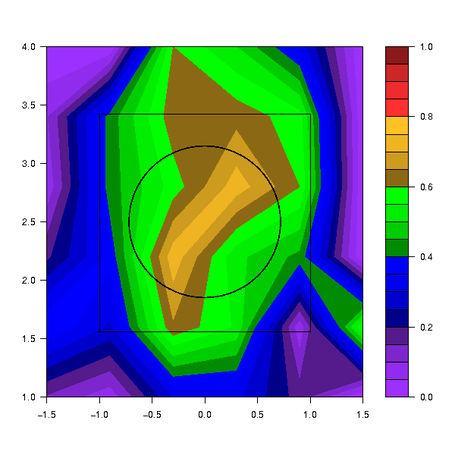 As it can be seen, he really likes pitches in the heart of the zone, but chases pitches high in the zone at least over 50% of the time. Against left handed pitchers, he moves the zone inside a bit.

Now, here is a look at how he expands the zone with 2 strikes. 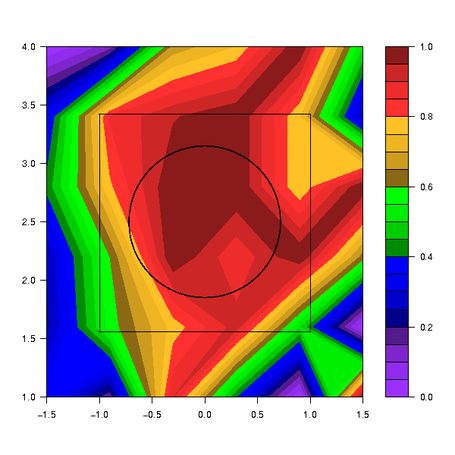 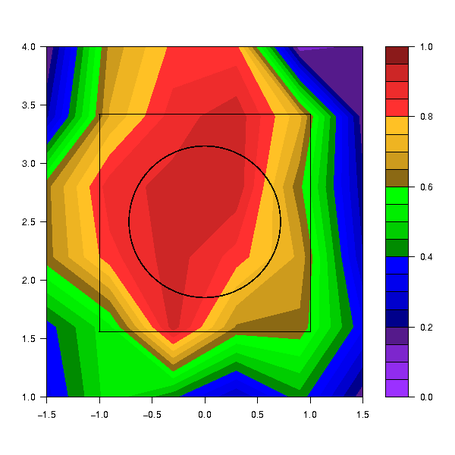 Most players will expand the zone with 2 striks, but Alex even more so has problems laying off the high stuff.

It is not necessarily bad going after high pitches, if he is able to hit the ball effectively. Here is a look at a heat map of the average run values (positive is good) for the pitches seen throughout the zone (also divided into left and right handed pitchers): 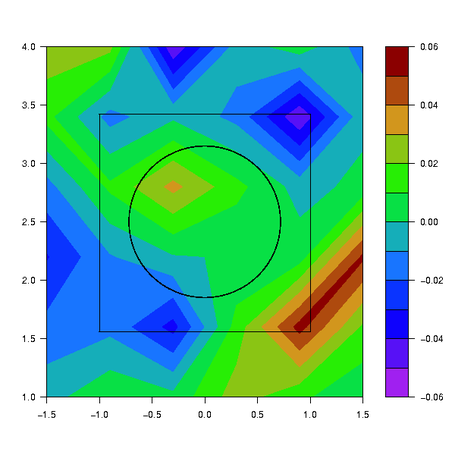 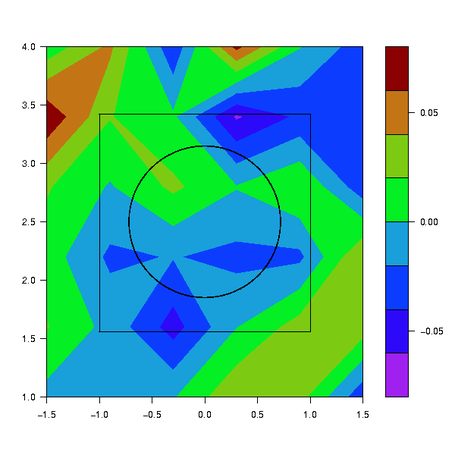 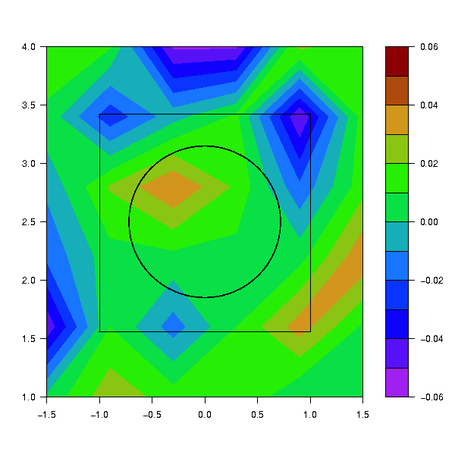 Alex has some noticeable holes in his swing. Looking at left handed pitchers, he only has positive values for pitches low and inside (pitches he swings at) and high and away (pitches he doesn't swing at). With lefties he has problems with the high and inside pitches and anything in the lower half of the plate that is down the middle and away. He handles right handed pitchers better with only problems with pitches high out of the zone, high and inside and low down the middle.

Once Alex has actually does make contact, where does the ball actually go? First, here is his batted ball locations over the past 4 years:

Let's first look at the grouping of infield outs and short outfield hits to the right side compared to the left side.  Alex seems to love to pull ground balls.  To prove this a little further, here are all the angles (-45 is the left field line and +45 is the right field line) for all the grounders that Alex has hit with a Loess curve added to see trends. 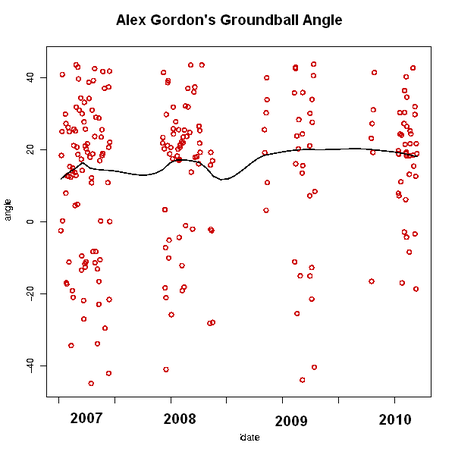 As it can be seen, most of Alex's ground balls are hit to the right side of the infield

Now let's with look at the same data for line drives and fly balls (outs or home runs) to the outfield: 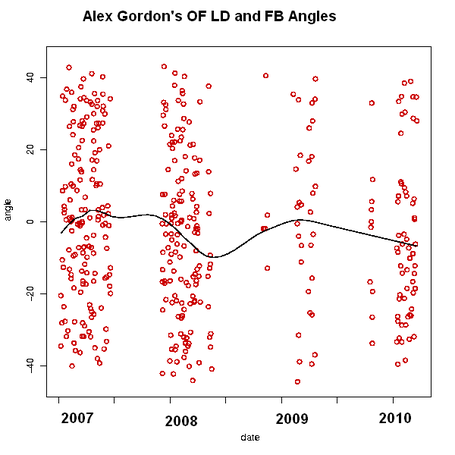 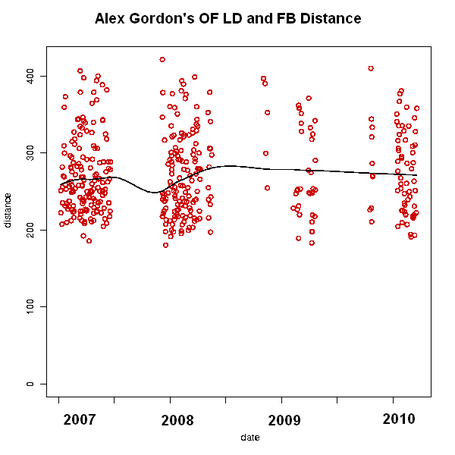 Alex generally sprays the ball around to all parts of the park and has maintained a rather consistent distance over the years.

Hopefully you have gotten your fill of Alex Gordon for the day and be sure to ask me any questions.