Share All sharing options for: Royals Plan to Travel Back in Time, Market Billy Butler as 1980s NBA Poster Star

KANSAS CITY - Royals General Manager Dayton Moore announced on Wednesday that team officials will travel back to the 1980s soon, where a huge Billy Butler marketing push will begin. A photo of Butler, taken during his game winning home run on Wednesday, will be the center of a huge advertising campaign, designed to make Butler a household name.

"Even readjusting for the less valuable 1980s dollar, we can solve today's revenue crisis yesterday," said Royals owner David Glass. "This poster will be in the rec room and garages of every household in the midwest, right next to the Larry Bird and Michael Jordan posters."

The full roll out of the poster will take place in two days, twenty-six years ago, with a full unveiling on June 3, 1985.

"Looking at the schedule, we'll be gearing up for a big weekday series against the Brewers," said Manager Ned Yost. Yost told reporters that pitching coach Bob McClure has been forbidden to make the trip, as his presence on the 1985 Brewers could jeopardize the entire process, if not the fate of the universe. 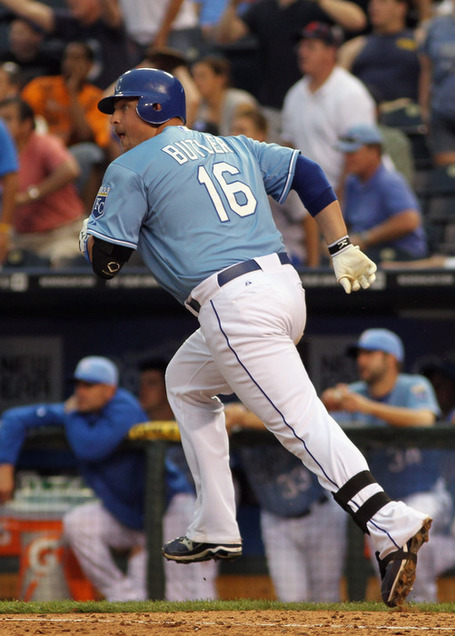 Proposed names for the poster, include "Lift Off", "In Flight", "Moon Walker", "Zero Gravity" and "Kansas City Spaceman."

"Making Billy Butler popular in the 1980s is now possible," said Glass. "We would be fools not to capitalize on this opportunity."