Last night's home plate umpire, Brian O'Nora, had a strike zone that seemed to be a foot outside for both right and left handed hitters. With data finally available this morning, here is a look at the calls.

First here are the called balls and strikes last night (thanks to brooksbaseball.net for the graphs)

Left handed hitters (all views are from the catcher's perspective): 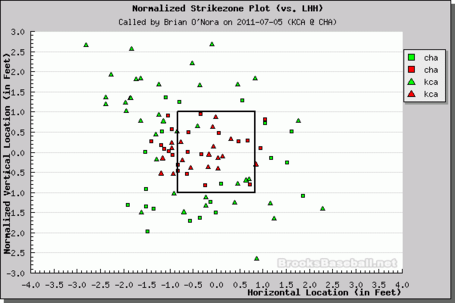 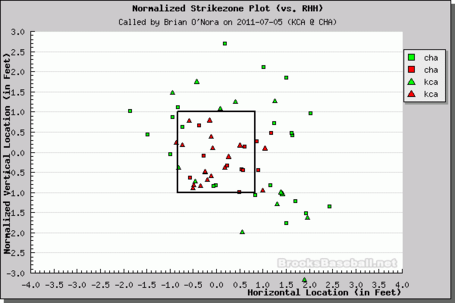 There are a coupe items to take away from the graphs.

Umpires are humans and each has their own unique strike zone. Since the end of 2007 when the first Pitch FX data was available, teams could see what types of zone each umpire calls. Here are the difference in percentage (in decimal format) of called strikes from O'Nora compare to the league average:
Left Handed Hitters: 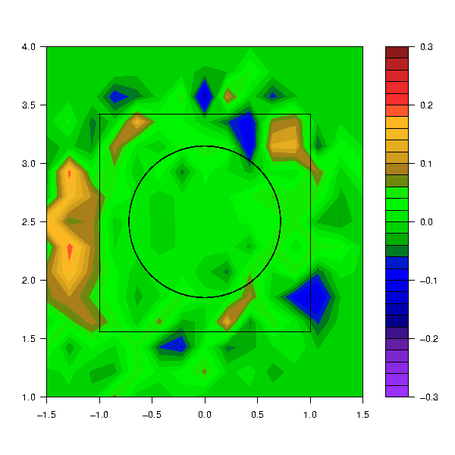 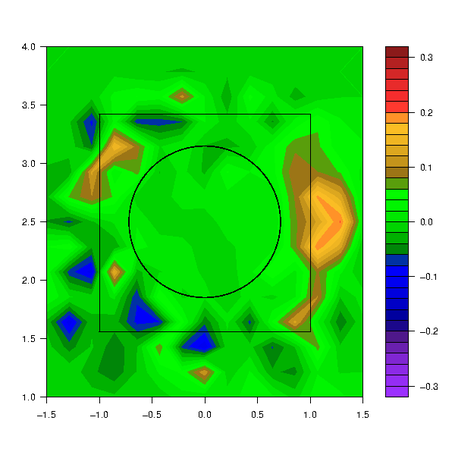 As seen in both images, O'Nora is 10% to 20% more likely to call a strike on the outer half of the plate compared to the league average. He is otherwise generally consistent across the rest of the strike zone.
Pitchers on both teams noticed the extended zone and took advantage of it throughout the game. It seemed like the Royals left handed hitters (Getz, Hosmer, Moustakas and Gordon) either weren't informed by the team of the unique zone or weren't experience enough to know how to adjust to the zone. The lack of knowledge can be seen by the quartet going 1-17 with 7 Ks and only 1 BB.
O'Nora wasn't acting any different than he normally does last night, it just didn't seem like the Royal's hitters adjusted to him.