Catching up with the 1994 Royals: Part 6 Hipolito Pichardo & David Howard

Share All sharing options for: Catching up with the 1994 Royals: Part 6 Hipolito Pichardo & David Howard

No one wants to compound the tragedy of the strike of 1994 with yet another expose on the tactics used that year by the Albert Belle Crime Syndicate. However, ignored history risks repeating and no one wants another division race eclipsed by mental terrorism. I know Royals Internet Journalists can't change the box score of that dark hour but, call me kooky, I believe that if we point the laser pens of our insight at the diamond we will see the game refracted into innumerable tangents. This is one of those tangents.

In the closing hours of the 1994 season Royals Legends David Howard and Hipolito Pichardo walked out of the Truman Corners' Price Chopper and loaded up Howard's Tercel with the usual suspects: a frozen turkey, peas, snickers, beanie-weenies and Best Choice soda pop. When Pichardo deposited the shopping cart back in the cart corral Howard began to pick through his cds for a worthy soundtrack for the ride. Appearing out of the ether, a standard patrol vehicle of the Albert Belle Crime Syndicate cut through the crowded parking lot and headed towards Howard's Tercel. The modified Jeep Wrangler blocked the utility-infielder into the parking spot. Four masked men (later identified in the Mitchell Report as Jose Mesa, Paul Sorrento, Tino Martinez and Eddie Murray, all high-ranking members of the Albert Belle Crime Syndicate) began to fire their automatic weapons. Price Chopper eyewitnesses have testified that as bullets pierced the air Hipolito Pichardo sprinted back to the car. Pichardo returned fire with his handgun, emptying several clips until the murder squad retreated. But the damage was done, Royals Legend David Howard died in the parking lot and Hipolito Pichardo went into exile.

Hal McRae retaliated by knifing Alvaro Espinoza and poisoning Manny Ramirez but it was just a drop in the bucket. Royals Nation would remain in mourning for years.The day "The Cleveland Cowards Shot Mr. Howard" has become no less important to the Royals mythos than George Brett's battle with hemorrhoids. In blowout losses Denny Matthews has often unsheathed its horror to salvage the attention of soggy listeners. If not for a most recent development I am convinced that the next generation of Royals fans would have allowed Howard's murder to evolve into an old wives' tale or a ghost story told in the cabins of the Royals' fantasy baseball camp. The key phrase is recent development.

Two weeks ago I got a text message. I couldn't open it because my go phone minutes had dwindled to zilch. It became a moot point because my girlfriend Debra stole my phone, as a joke. Shortly thereafter I was forwarded an invitation to a zoo gala. I made plans to delete it but at the top of the e-vite it read, "All proceeds benefit Antonio Balbina's Wild Animal Zoo. "

Anyone who is anyone in Royals Nation knows Hipolito Pichardo's full name so I needn't remind you that it is Hipolito Antonio Pichardo Balbina. Needless to say it was a feeling comparable to rediscovering Michael Jackson's urn while searching through the couch cushions. I had two days to rent a tuxedo and to convince Debra to give me back my car and to be my plus one. That night Debra broke up with me. It didn't bother me because we had had a good run and it turned out that the zoo gala tickets were twenty dollars. I wasn't going to pay twenty dollars to listen to Debra complain about the boneless chicken breast while I was on the brink of the largest discovery by a Royals Internet Journalist in the last week. 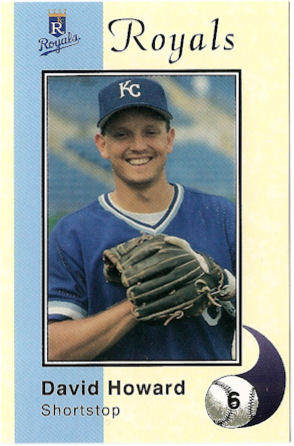 When I got there I knew the place would have been terrible for Debra. She hates animals and tiny monkeys in suits were serving all the appetizers and some very tipsy parrots were running the wine bar. The prospect of being served pinot noir by a toucan was very tempting but I knew I had to stay dry for this investigation. As the zoo gala raged on the executive patio I began to search for a "bathroom" in the Wild Animal Zoo's corporate office. I placed a Tony Pena Jr. bobblehead in front of the lone surveillance camera and picked the lock to Antonio Balbina's office.

An oil mural of David Howard doing infield practice extended the length of the wall behind Balbina's desk. I quickly spotted paper correspondence between Antonio Balbina and Hal McRae at the bottom of Balbina's trashcan. His signature matched a Pichardo autograph I received in '94 while waiting outside the players' lot. On the cusp of certifying the modern identity of Hipolito Pichardo my pontification grew strong. It was as if a cloud of knowledge covered my eyes and I was temporarily blinded. Unfortunately when I opened when I became aware of my surroundings I was encircled by Hipolito Pichardo's private security forces. I didn't want to flash my credentials and have Pichardo's strongmen apologize.  I made my excuses and left. As I walked home I weighed the tragedy of 1994 with Pichardo's current status as CEO of a tiny zoo.