It wasn't quite Our Time, but these stories made us want to spend more of our time with the Boys in Blue.

Share All sharing options for: The Top Ten Best Royals Stories of 2012

The dark flowing locks of Luis Mendoza hypnotized hitters this year as the 2011 Pacific Coast League Pitcher of the Year showed that last season wasn't completely a fluke. Although he strikes out far too few hitters (he had the fifth worst strikeout/9 innings ratio among pitchers that qualified for the ERA title), he was still able to get hitters out with moxie and toughness. Because he's Mexican tough.

Credit has to be given to Dayton Moore for taking a flyer on the guy, and having the coaching staff make the adjustments needed to turn a pretty crummy AAA pitcher into a 1.4 WAR MLB starting pitcher. Mendoza was more valuable than Rick Porcello, Matt Moore, Clay Buchholz, C.J. Wilson, Dan Haren, or Ubaldo Jimenez. And he was paid the league minimum.

Honorable mention has to be given to Dayton Moore for finding Jeremy Guthrie off the scrap heap and getting a number of terrific starts from him. But while Guthrie is an impending free agent and will likely be costly next year, Mendoza will still be cost-controlled and cheap, and a decent enough candidate for the back of the rotation.

If you had asked diehard Royals fans back in April what they would think if the Royals passed on Stanford pitcher Mark Appel because of salary demands, you'd probably hear quite a few expletives. But a few disappointing spring performances and a stubborn negotiating position by the college junior made it easier to pass on him in favor of another outstanding college pitcher, Kyle Zimmer. By the time of the draft, many scouts thought that Zimmer had caught up with or even passed Mark Appel on draft boards. With Zimmer, the Royals got a polished collegiate pitcher with not a lot of mileage on the arm that shows great athleticism and could be a fast riser.

In addition to Zimmer, the Royals seemed to have found a gem in Vanderbilt pitcher Sam Selman. The southpaw harnessed his command and had a dominating season for Idaho Falls with a 2.09 ERA and over 13 strikeouts per nine innings. Other draft picks like Colin Rodgers, Daniel Stumpf and Fred Ford also got off to hot starts, giving the Royals 2012 draft high marks for now.

Moose's second-half swoon was a downer, but let us not forget just how great Mike was in the first half. He was a legit All-Star candidate, and arguably the best third baseman in the league in the first half of the season. He hit 15 home runs in his first 78 games while posting a .817 OPS. Although his outstanding defensive metrics may be a bit fluky, he does pass the eye test as an average, probably even above-average defender, surpassing many expectations.

Despite his slump, he still finished fourth among American League third baseman with 3.5 WAR. While his plate discipline is still a concern, Moustakas is at least showing he can be a #5/#6 type hitter in the lineup with solid defense.

While it may have seemed a no-brainer to some to choose the local product in the first round of the 2011 draft, there were enough red flags around Derek "Bubba" Starling to have reservations about the pick. The Royals needed pitching worse than hitting. Bubba could potentially spurn the Royals for a football scholarship opportunity at the University of Nebraska. He was old for his grade. He had not faced top competition in Kansas. He was a raw talent.

Starling put a lot of those fears to rest in his first professional season. Assigned to Rookie Ball in Burlington, North Carolina, Bubba hit .275/.371/.485 with 10 home runs and 10 stolen bases in 53 games. Although there are still some detractors who don't like Bubba's mechanics, its clear the raw talent can translate to success if he has the proper coaching and development.

Before the year began, two teams found out their PROVEN CLOSER was out for the year due to injury. One, the Cincinnati Reds (who lost Ryan Madson), put together one of the most dominant seasons ever by a bullpen, leading all of baseball in bullpen ERA, and made the playoffs. The other, the Kansas City Royals (who lost Joakim Soria) set the American League record for strikeouts by a bullpen with 535. So can we put to rest the silly notion that only certain pitchers with ice water running through their veins can pitch the ninth inning?

The Royals bullpen posted an ERA of 3.17, fourth among AL relief staffs. One drawback was that they allowed a third of all inherited runners to score, the worst number in the league. However, considering their heavy usage and the fact they were asked to come into the game with runners on base all the time, the collection of young, cheap relievers like Aaron Crow, Tim Collins, Greg Holland, Kelvin Herrera, and Louis Coleman pitched extremely well. 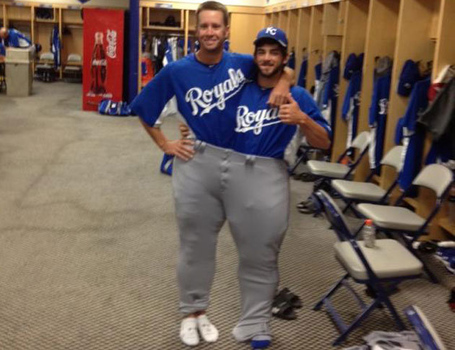 There is only one "L" in the name "Wil" and it stands for "long-ball". As in 37 of them. We were all pretty high on outfielder Wil Myers, and he was the 28th ranked prospect by Baseball America before the year (and potential trade bait for Jair Jurrjens!), but he took things into ridiculous mode this season. Myers hit .343/.414/.731 with 13 home runs in 35 games at AA Northwest Arkansas, making it painfully obvious he needed a promotion to even begin to challenge himself. At Omaha, the destruction continued, as Wil hit .304/.378/.554 with 24 home runs in 99 games, despite being one of the youngest regulars in all of AAA. For his efforts he was named Baseball America Minor League Player of the Year.

The only thing blocking Myers from the big leagues is the worst position player in baseball, so we should get a long look at what Myers is capable of in Kansas City next year. Now if we could only change his mind on barbecue....

Salvador Perez is officially a man now. I think some of us were skeptical at Sal. We had heard the scouting reports raving about his glove and his bat, but there was not much of a statistical record to go on because of his meteoric rise, and what statistics we did see did not blow anyone away. We knew he had defensive skills to pay the bills. Sal needed only 104 career games to set the Royals career franchise record for pickoffs by a catcher. He led the majors in pickoffs, and led the league in caught stealing percentage. Its not a matter of whether Sal will win a Gold Glove, its a matter of how many.

But it was the bat that really surprised us. Over two seasons, Salvador has now played the equivalent of one full MLB season, and has produced a .311/.339/.471 line with 14 home runs and 60 RBI, good for a 121 OPS+. His lack of plate discipline is a bit troubling, but his surprising power should make up for whatever regression in contact we see. To paraphrase Rex Hudler, Sal has oppage power, and that my friends, is REAL ULTIMATE power. Sal missed over two months of the season and yet was still one of the most valuable players on the team. Dayton's long-term contract extension to Perez is looking like one of the biggest bargains in the game right now.

It was Kansas City's moment in the sun, and some might say it was "our time" to shine. While we had the usual inferiority complex worries about whether out-of-towners would like us or not, most reviews were quite glowing. People loved the barbecue, the hospitality, the attractions, and the passion for baseball, even if it was kind of a pain in the neck to get to the stadium.

There was some controversy after Billy Butler was snubbed for the Home Run Derby by captain Robinson Cano, who had earlier stated he would choose a hometown player. Royals fans expressed their displeasure by having the audacity to boo Cano. The thought of defending your hometown player by booing an opposing player! And a Yankee no less! ESPN provided enough faux outrage and disgust to make a politician blush.

Nonetheless, Kauffman Stadium looked gorgeous on television, and fans absolutely packed every single All-Star related event. It was a terrific illustration of just what a great baseball town this is and how desperate Royals fans are for something to cheer for.

Steve Balboni's single-season franchise record for home runs (36, set in 1985) will stand another year, but Billy Butler did give the record its first serious challenge in several seasons. Billy easily cleared a career high in home runs this year with 29, finally living up to the power expectations many fans had put on him since seeing his sweet swing as a minor leaguer. 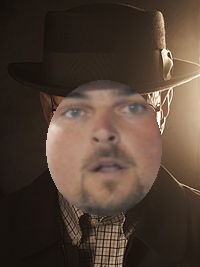 Although his doubles did go down, Billy still slugged a career high .510 and drove in a career best 107, good for sixth in the league. While infamously snubbed for the Home Run Derby, Billy was named to his first All-Star Game and posted the ninth best OPS (.882) among all American League hitters. It was a tremendous career season, and combined with the terrific offensive performance of Salvador Perez and Alex Gordon, showed how successful the teachings of Kevin Seitzer had been, ensuring a long stay for the hitting instructor in Kansas City.

Alex started off slowly this year, and when he was hitting below the Mendoza Line in late April, the haters came out in full force. With all the talk about Frenchy making adjustments to turn the corner, Alex didn't make any adjustments - he just hit. After June 1, Alex hit .319/.384/.493 in 500 plate appearances, with 53 extra base-hits, or more extra-base hits than Francoeur had all year. While his home run total did go down quite a bit, Gordon's approach led to a career best 51 doubles, tops in the league and the second most ever in Royals history.

To top it all off, Alex proved his defense in 2011 was no fluke, turning in another terrific season and possibly earning him another Gold Glove Award. By WAR, he was the seventh most valuable player in the league. Underapperciated in even his own hometown, he may be the recipient of the "Bobby Abreu Memorial Most Underrated Player in Baseball Award."