With KC's Starters, The Bullpen Needs To Be Deep

Share All sharing options for: With KC's Starters, The Bullpen Needs To Be Deep

Kansas City's starters were not able to throw late into games last year. They were tied for 12th in the AL with Boston at 5.8 IP/GS (Baltimore was worst at 5.4). Tampa on the other hand averaged 6.5 IP/GS. This difference is huge when looked at over the course of a season. With the average AL game going 8.9 innings, Kansas City will would need their bullpen to throw 3.1 innings and the Rays only 2.3. Over the course of the season, this difference works out to be a difference of 130 innings or over 14 full games.

To put it another way, the bullpen would need to throw 502.2 innings. With a 7 pitcher bullpen, that works at to ~72 IP per pitcher. With a 8 person bullpen, it works out to ~63 IP. Dave Eiland better have the bullpen ready to go.

Going into 2012, the situation doesn't look to be any better than last year, especially with the addition of Jonathan Sanchez. Here is a look at the IP/GS for the most likely starters and some other samples for reference:

Sanchez has not averaged throwing 6 innings in the NL in any season over the last 3 years, not alone in the AL. I think he is going to be a frustrating pitcher to watch when he is constantly pulled before the end of the 6th inning.

By using a weighted average of the 5 pitcher's previous 3 season and assuming they will start all 162 games (not going to happen), the average IP/GS works out to be 5.8. Just the same as last year. This season, Fans again should be ready to see this scene quite a bit early on during the game: 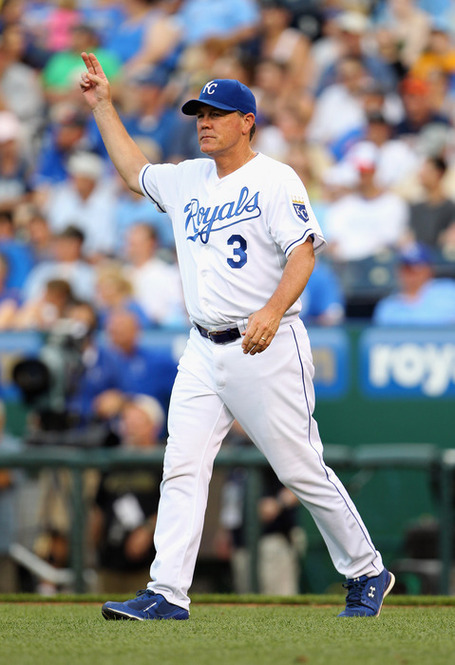