Share All sharing options for: Yost, Sanchez, and Borderline Pitches

Yesterday, Ned had this quote after Sanchez's horrendous start:

"He's still battling with his command," Yost admitted. "He was better in spurts. Because his command is off a little bit, he doesn't get borderline pitches, which end up (hurting him)."

The following images, thanks to BrooksBaseball.net, show all the called strikes and balls for the game and the balls, strikes (swinging and called) and batted balls that just Sanchez threw:

All Pitchers (Called Balls and Strikes) 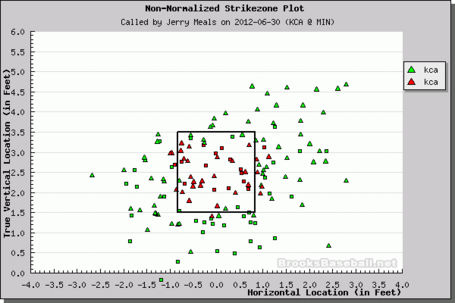 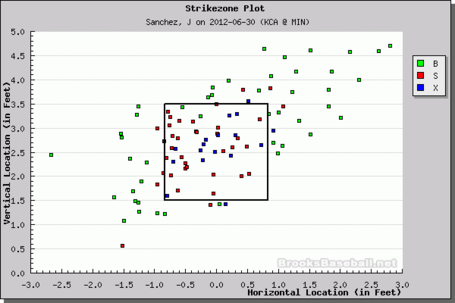 For the entire game, there are just a few pitches for either team that could have gone either way. Sanchez looks like he got "squeezed" on one pitch in the top of the zone. Jerry Meals did a darn good job of calling balls and strikes during the game. There were no badly miscalled pitches that happen in most games. For example, here are the called balls and strikes for Sunday's Royals vs. Twins matchup: 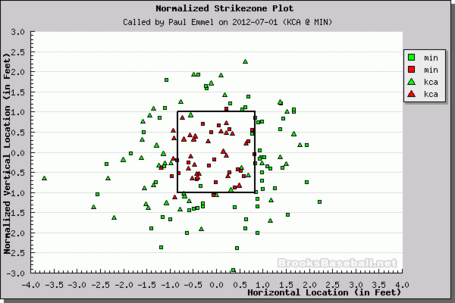 The overlap between called balls and called strikes is more pronounced with same definite bad calls.

When Ned was talking about Sanchez getting squeezed, he was making up excuses for his horrible pitching. I wish he would quit making excuses and hold his players accountable for their awful play.