Well, after all the build up... This game was a dud.

It was going to be difficult to top the Home Run Derby from Monday. Little did we know the most interesting part of the actual All-Star Game was the pre-game introductions. 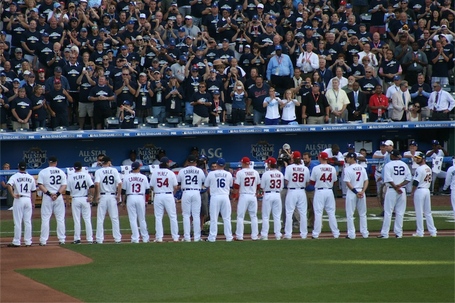 An 8-0 white wash. Where all of the runs come in two innings. And what reader didn't make the same joke when Justin Verlander was getting lit up by the NL? Something about that's what happens in the first inning in Kansas City... Right?

Forget the "This Time It Counts" snark. Tuesday's All-Star Game was the first meaningful national game played at The K since Game 7 in 1985. When it was still Royals Stadium. And when the seats were orange and the game was played on artificial turf.

It's been such a long time, a boring game doesn't tarnish the fact this week was a huge win for Kauffman Stadium, the Negro League Museum and Kansas City. Our fair burg threw a four day party and it was awesome. The stadium sparkled in person. I haven't had an opportunity to watch any of the coverage on TV, but I imagine it looked great. The NLBM was front and center for most of the weekend. And that was a very good thing. We have an amazing facility in Kansas City. Hopefully this will provide them with a fiscal bump to set them on a stable path for the foreseeable future.

And Kansas City was the big winner. Everyone I spoke with talked about how well our city handled the various events. How nice the volunteers were. How easy it was to get from venue to venue. And how good the BBQ tasted. From FanFest at Bartle, to 18th and Vine, to Westport and to the Plaza everything clicked. Well done.

At it's heart, I believe Kansas City is a baseball town. For the last four days, it was. And it was great.

I'm over the "Boo Cano" moment. If a national writer wants to bloviate, we can't stop them. Sad when a local based national guy like Jeff Passan fails to grasp what it was all about. My favorite comments were along the lines of the KC fans taking the Royals out of the running for Cano when he becomes a free agent. Because that was a lead pipe cinch that was going to happen.

I still regret nothing.

-- Former umpire Steve Palermo walking out with the umpiring crew for the exchange of lineup cards. If you don't know the Palermo story, take a moment to read about it. I've had the pleasure to meet him a few times and he's truly an inspirational guy. Very nice that MLB take a moment to honor him before the game. 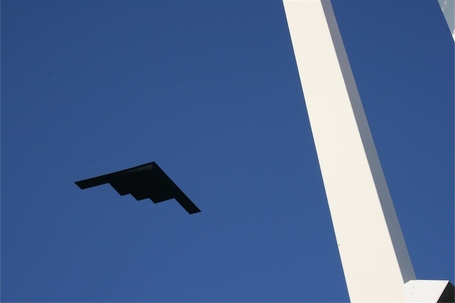 -- The Melk Man winning the MVP. I was happy for him, but damn does that trade look worse every day. Like it needs the help.

-- No clue what was up with Melky's electric shoes. Easy to find. 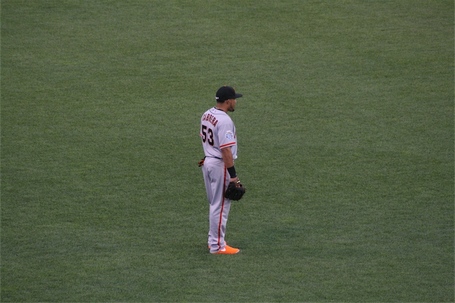 -- The flashbulbs for the Billy Butler plate appearances were fun to see. I was in the left field seats above the fountains, so I had a perfect view of the rest of the crowd. Don't believe we've ever had a flashbulb moment at the K.

-- I want to name a defensive play of the game here... Maybe Jose Bautista's dive on a sinking liner in right? Nice play, but lost in the context.

-- The pregame introductions with the crowd wearing their color coordinated t-shirts and the giant American flag on the field... 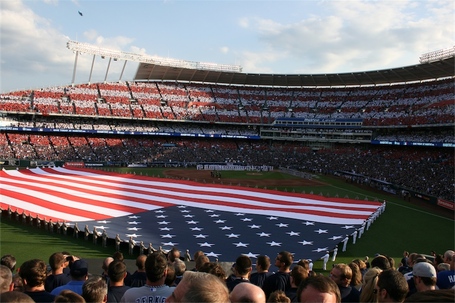 -- In between a pitching change in the ninth, the scoreboard showed a video on George Brett and what he meant to the franchise. A nice tribute to a man who really filled the role of Ambassador this week. The guy was everywhere. However, the biggest cheer for the video came when Frank White made an appearance.

-- Ron Washington choosing to stick with David Ortiz for two plate appearances after Ortiz said he would hit just once before giving way to Butler. With the lefty Kershaw on the mound, it was actually an opportunity to play the splits.

-- Justin Verlander allowing five runs on four hits and two walks. Including the first ever bases loaded triple in All-Star history. The following pitch was one of the few that didn't immediately result in a base runner. 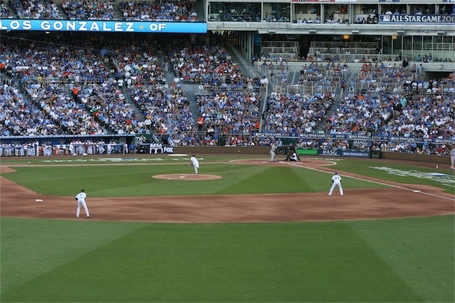 -- Speaking of triples, the National League hit three. You'd think this game was played on AstroTurf by men with the names of Moreno, Coleman and Wilson.

-- The pregame performers. Where do they find these people?

-- Garth Brooks singing that dreadful song on the scoreboard. Screw him. Seriously.

Thanks for coming, baseball. We had a great time. See you in another 39 years.