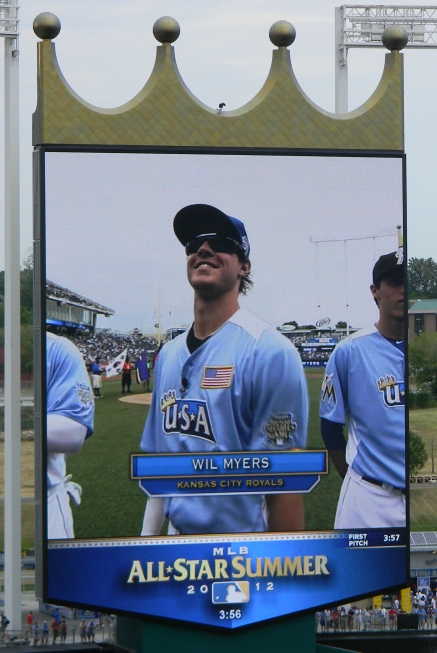 On Sunday, I went to the BP event at the Gem Theater and the Negro League Baseball Museum. After that event, I caught a ride with Craigy (I am going to call him that from now on in honor of Ned) to the Futures Game where I watched the game with some family. Here are some of my takes from the day.

- Rob Neyer showed up at the BP event. He was very approachable and it was nice to finally talk to him face to face.

- The panel talked about deadline trades and brought up that players with 1.5 years left on their contract will likely be the players moved because of a new clause in the CBA. It states that teams won't get a compensation pick for players on a team less than 1 year. Teams will get even less in trades for Type A and B free agents that have less than a year left on their contract.

- MLB will be giving out lottery picks to small market teams in a few weeks year under the new CBA. These picks can be traded. It may be interesting, as the trading deadline approaches, to see if the Pirates or Indians trade one of these picks if they are "awarded" one.

- Kevin Goldstein said Montgomery is a head case since coming back from the injury last season. All his tools are there and fine. He has good speed on his fastball and a decent curve, but No control at all. Also, he would not be surprised if Monty is still hurt.

- Rany said, "I am a little pessimistic right now [about the team]." Even Rany is a little down.

- Here is one of the panels with RoyalsMan Report and Craigy. Looks like someone didn't get the memo on the matching shirts. 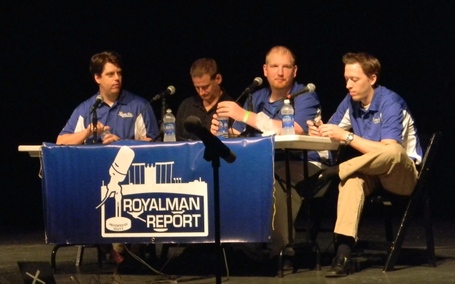 - I went to the Negro League museum and heard Dave Winfield lead a panel with Frank Robinson and Hank Aaron. Nothing ground breaking, but just some great stories. 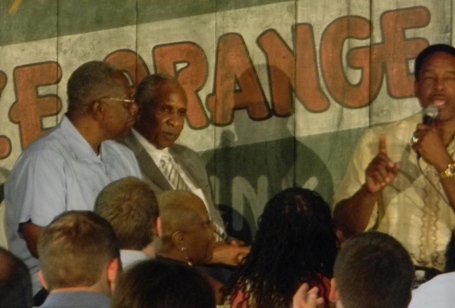 - It was amazing to see a sold out game in KC. Even though not all the seat were filled, all the seats were sold. There was very little opportunity to move up. I can't wait to see the stadium packed tomorrow and especially Tuesday.

- To see Bo take another swing in K.C. was the highlight of the day for me. 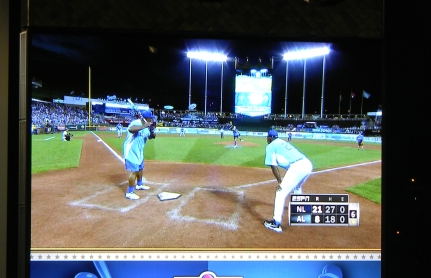 - Finally, a little detail I saw between games. My tickets to the All-Star game were via a transfer from someone else via the Royals main website. I had to go to the ticket office inside the stadium to get my physical tickets. There were just 4 people in the office. Then I notice all the various mascots leaving by the office and I watched as they were headed outside. While they were leaving, I noticed David Glass coming into the game with a couple of other people. I couldn't believe my eyes. Let me get this right.

You're kidding me right. I have been on Dayton Moore's ass for a while, but David Glass needs to go. He is making it more and more clear he doesn't care about the Royals and the fans in Kansas City. Way to ruin my evening Mr. Glass.

7/9 - Glass was there, no word on why he left and came back to stadium. 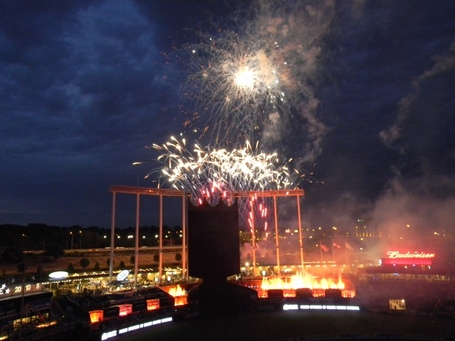