Luis Mendoza has been a much more successful in June and July than he was in April and May. The table below contains some hand-picked statistics to further my argument.

The first two months of the season, Mendoza was a disaster, but he has been perfectly acceptable since June. Analyzing Mendoza's Pitch F/X gives us some clues to the source of his improvement.

The major difference between Mendoza in the Spring and Mendoza in the Summer has been an increased use of his slider, and a decreased use of his changeup. In the first two months of the season, Mendoza threw 91 changeups and 85 sliders; in the second two months, Mendoza has thrown 203 sliders and 28 changeups. The slider has been Mendoza's most effective pitch this season, while his changeup has been his least effective. 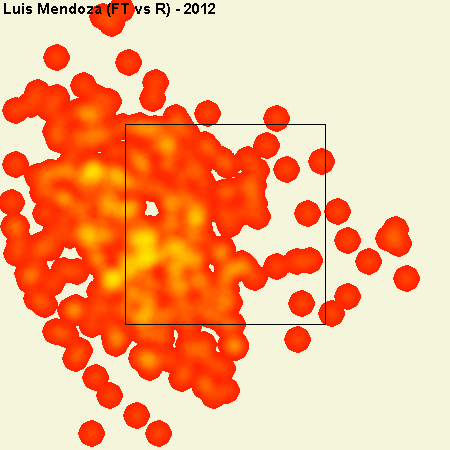 He successfully avoids the right side of the plate, because the fade on his fastball would bring the pitch back over the plate instead of away from it. His slider compliments the two-seam nicely. If thrown properly, it will look very similar to the two seam fastball before breaking the opposite direction that the two-seam fastball breaks; down and in to left-handed hitters but down and away to right-handed hitters. 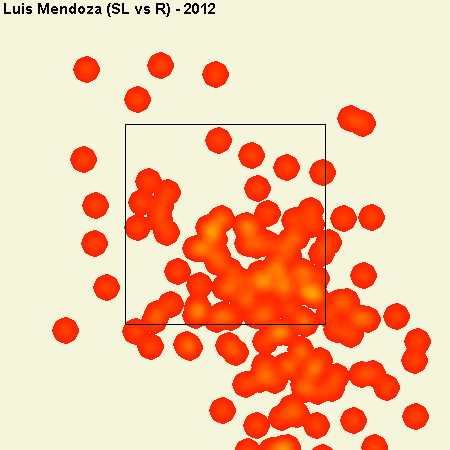 Mendoza has hung a few sliders, but for the most part keeps the pitch in difficult spot for hitters to make contact with, and has generated quite a few swing-and-misses on sliders out of the strike zone. Mendoza has posted a 16% whiff percentage with his slider, which is easily his highest for any pitch and above the league average.

Hopefully Mendoza continues his success as the league adjusts to his new pitching style. If he can keep his xFIP around 4.00 in the future, he will provide value for the Royals moving forward.