Share All sharing options for: Luke Hochevar: Man of Mystery

A few days ago, Peterman700 stated in a comment:

When he comes lower, maybe 3/4 his pitches move faster and are less hittable. He was coming in lower all night and when he does this consistently, he is very good.

I decided to see what I could find if Peterman700 was onto something or smoking some of Ned's and Dayton's good stuff.

To get to the answer, I used PitchF/x data to look at changes in his release points from game to game. I took these changes in release points and compared them to a modified Game Score to see if there was any correlation.

I will be using numbers that most people are unfamiliar with, so here is a quick course on release points. PitchF/x is able to tell a players release point and it is measured on the same x-y axis as the ball crossing home plate. For an example, he is all of Luke's release points for 2012. 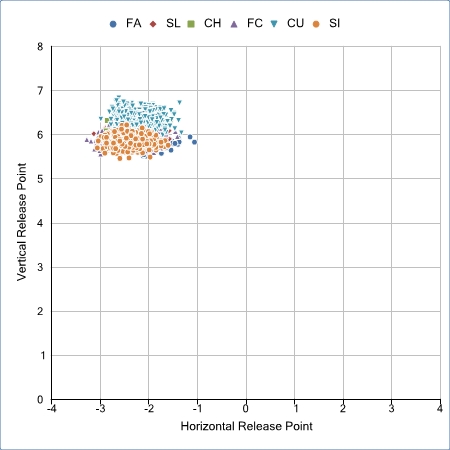 So with that little background, here is a look at how Luke's average release point has varied in his starts over the past 3 seasons: 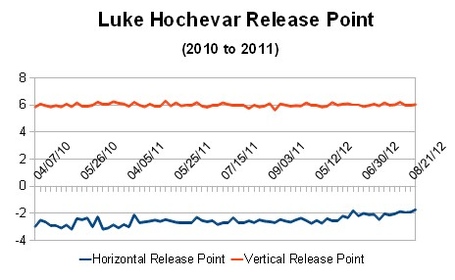 Here is am image from the middle of the 2011 season with his foot near the 3B side of the rubber. 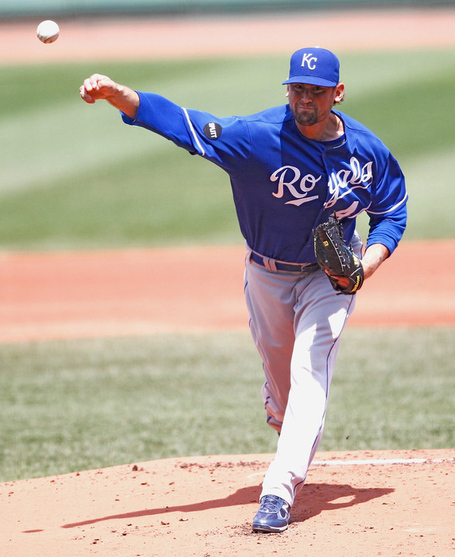 Here is one from yesterday, with his foot on the first base side. 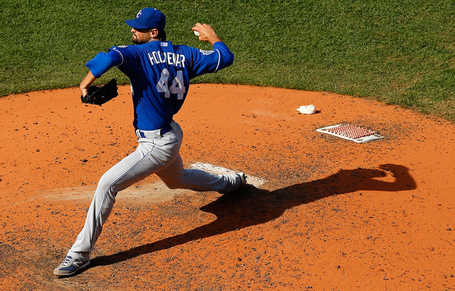 With the release points collected, I wanted to compare his production in games depending on changes. To get how he pitched in each start, I used an average of Tom Tango's Game Scores. Game Score measures the quality of a pitcher's start with 50 being an average start, 100 best, 0 worst. I could have used the regular game scores, but they are a little hard to calculate, so I used the average of these other ones.

I looked at was how Luke performed depending on how his pitch angle varied in a game. I found nothing tangible and if anything, the more variation, the better Luke pitched.

Next, I compared his Game Score to his horizontal release point. As previously stated, this value has changed over the past year. I bucketed his results into 3 bins and the move has been for the good.

His results are better if he is on the 1B edge.

Besides the change in horizontal position, here is how his Game Scores compare to his vertical release points.

All the values are similar except when he releases the ball above 6.1 ft. To put this into perspective, here are his last 7 starts:

The two times he released the ball at the higher position, he had problems getting batters out. More hits, less Ks.

I looked for any trait that changed when he had the higher release and found the following:

Basically, if Luke lowers his arm angle, he throws harder and with more movement.

Good Luke and Bad Luke has always pitched for the Royals. His game results are worse when he has the high release point. When Luke keeps his arm angle down, he is a much better pitcher.