Every night after a Royals win and the defense is on the field, the 3 outfielders come together for flying hip bump. While not the coolest celebration in the world, at least it isn't the ankle shake that Moose and Hosmer "perform". It seems like the photographs that SBN has available for articles always contain a few shots of this celebration. I decided to go back and look at all the images and see which outfielder getz the most air. 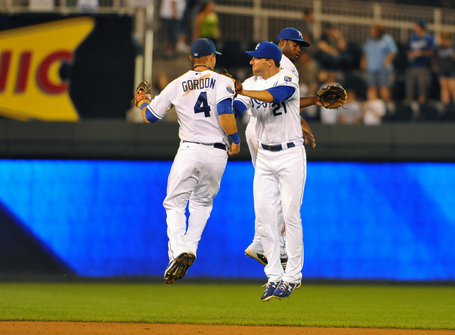 Warning for those with limit bandwidth, many images to load. 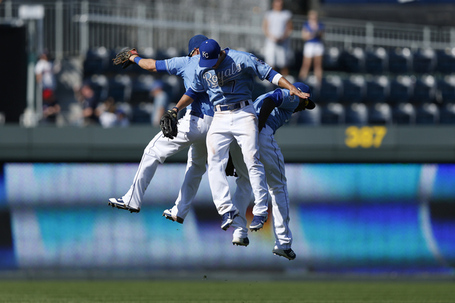 8/28 (Dyson, Gordon, Francoeur) - This image is pretty common, two of the players at one height, another player 6 inches to a foot lower. 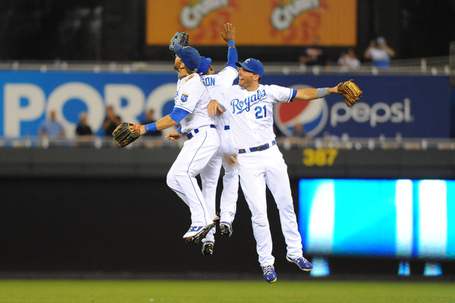 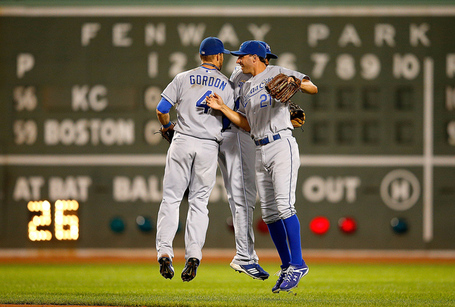 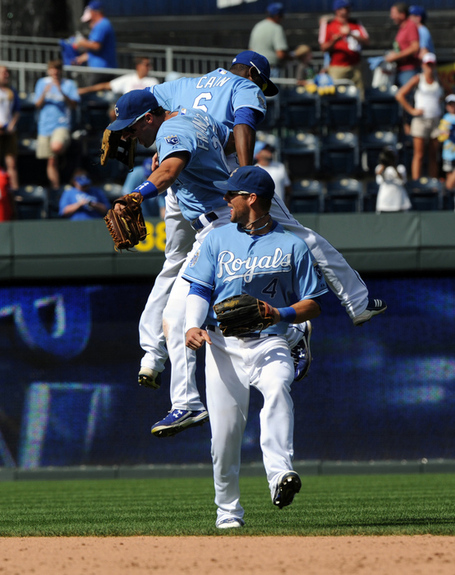 8/18 (Gordon, Cain, Francoeur) - Frenchy looks like he is trying to blow ass on the other two. 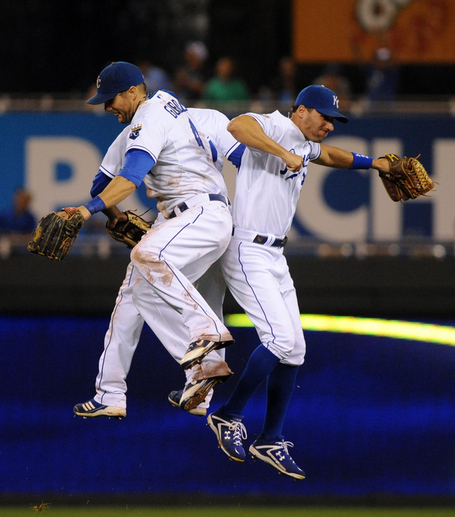 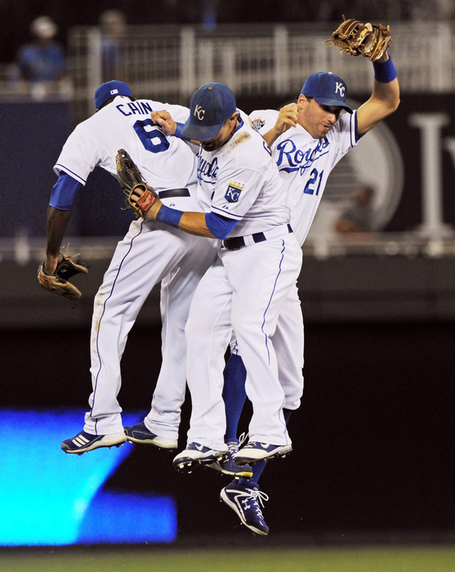 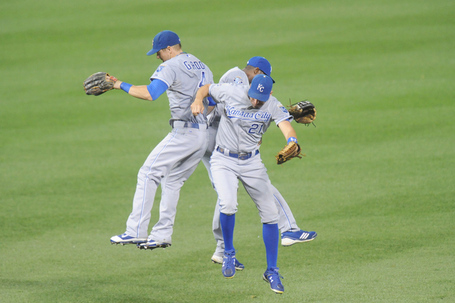 8/11 (Gordon, Francoeur, Cain) - Frenchy using the the "fill my mouth with air so I can jump higher approach". It didn't work. 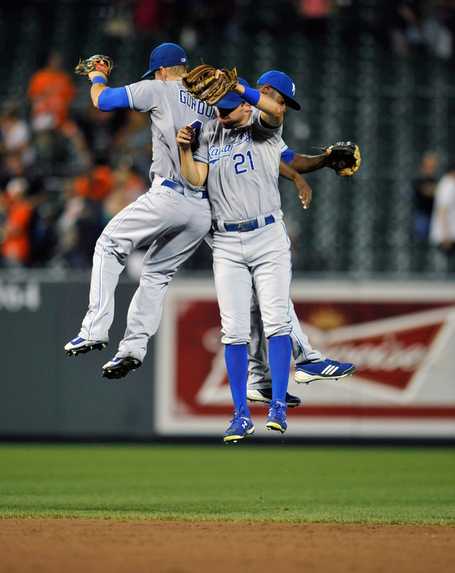 8/9 (Francoeur, Gordon, Cain and Getz) - Who in the hell invited Getz? 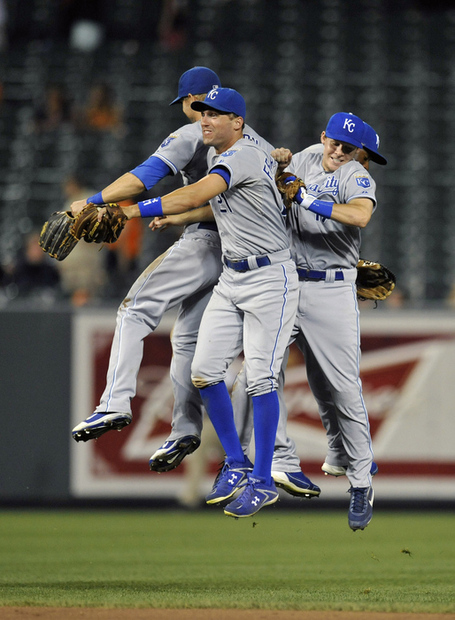 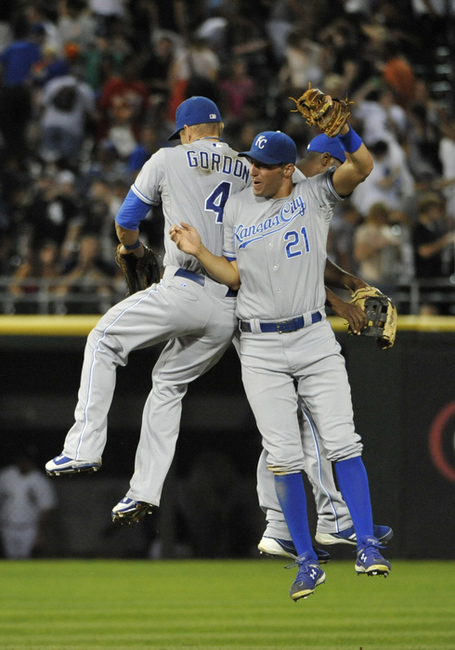 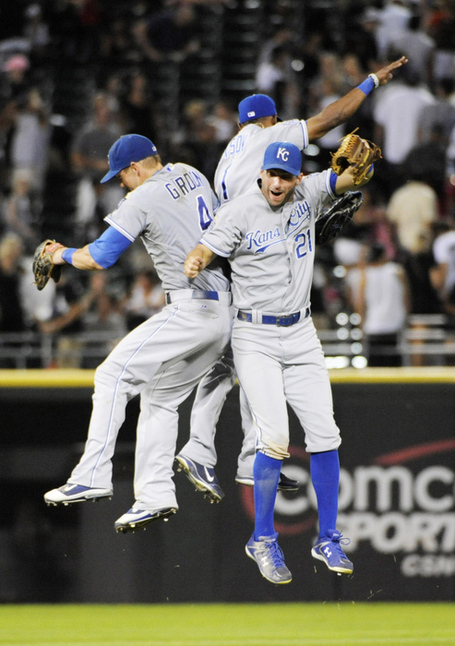 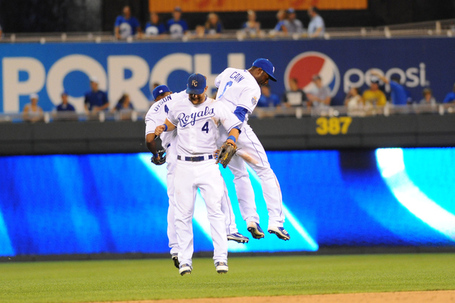 Man there is a bunch of these. Well, that is enough for now. It seems, in general, Cain, Dyson and Gordon can all about jump the same with Francouer is comfortably behind them.

Well, I am not going to put all the rest of them up from the start of the season, but here are some highlisghts 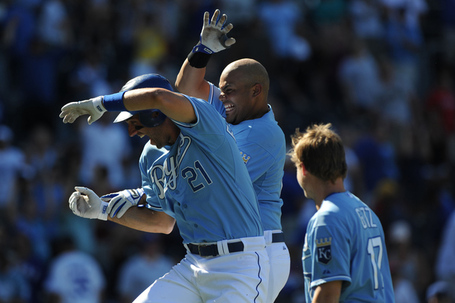 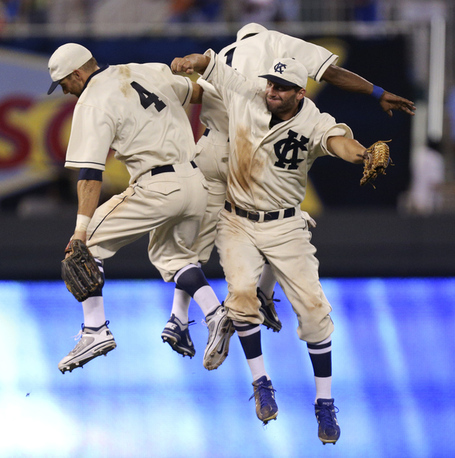 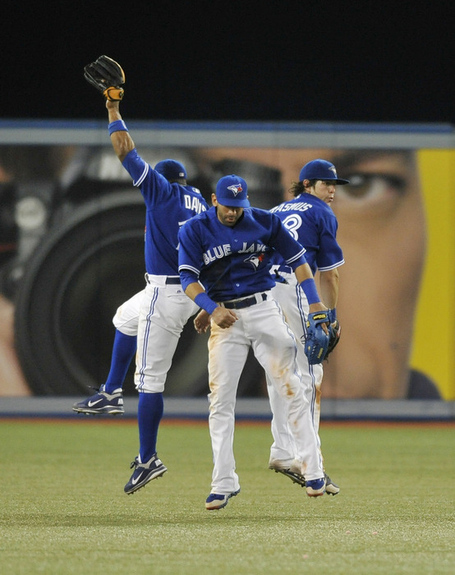 Dyson jump over shadows a nice attempt by Frenchy. 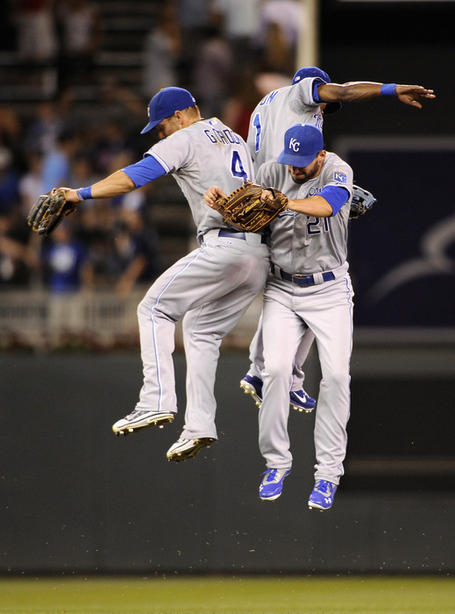 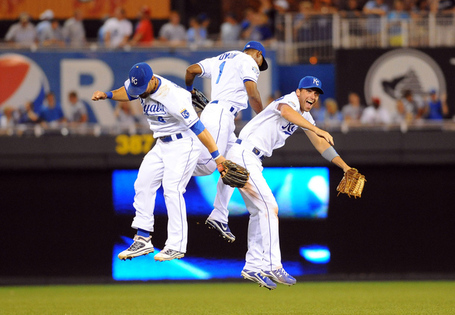 Is Jeff even trying? 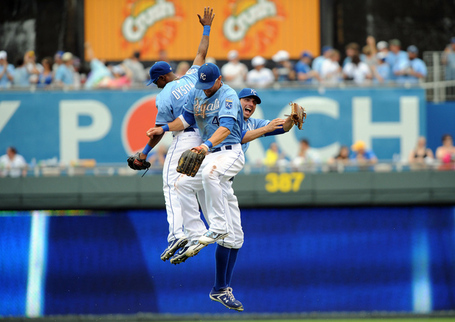 Frenchy is not last, Gordon better had been hurt 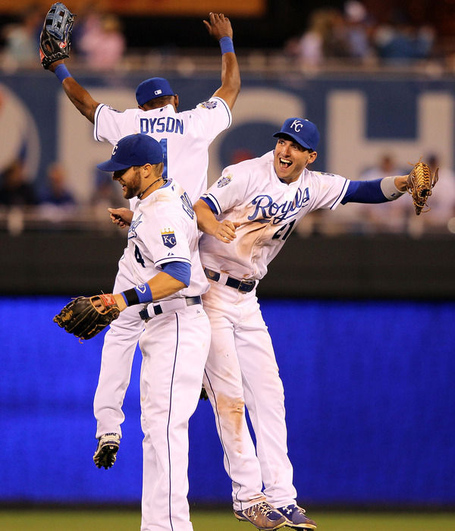 Moose and Hosmer "try" to get into the action 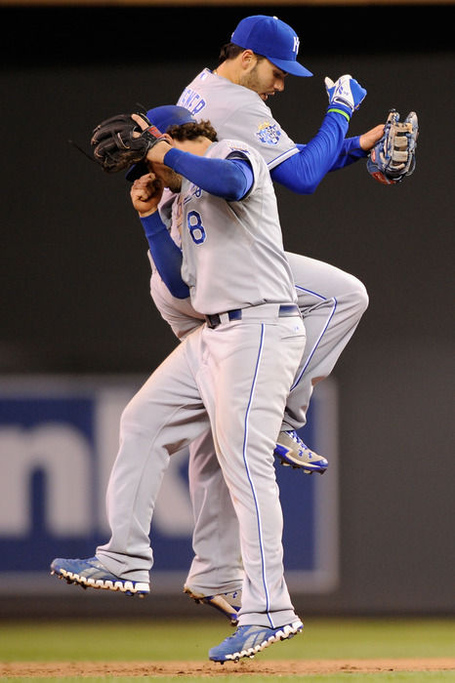 And finally after going through all of the images, I was just amazed of all of the faces Frenchy makes, so here is a collage of him when he is flying.