Bringing back the memories

My 10 year old daughter likes to sort my old baseball cards from time to time. Going through them always produces a variety of memories and thoughts. Here are a few Royals cards with my comments. 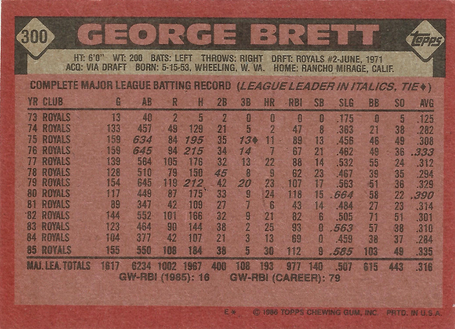 Starting with the best. Will the Royals ever have another as good? 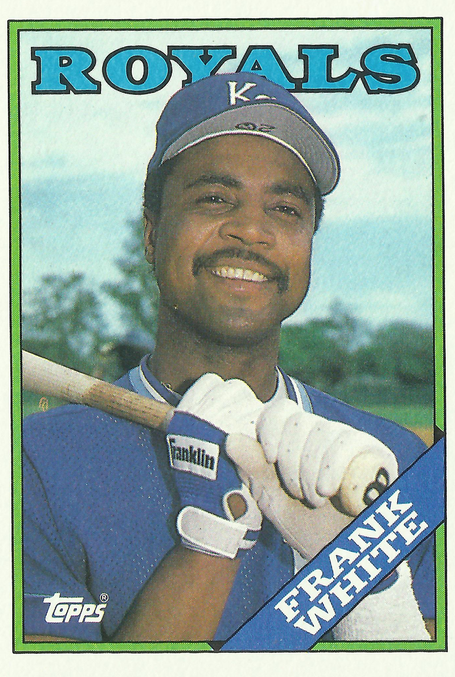 Happier times for Frank as a member of the Royals. 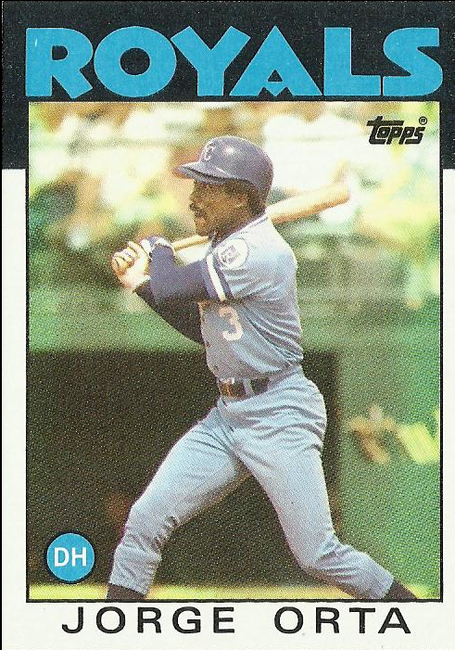 Hey Cardinal fans - he was safe. Don Denkinger and the official box score both say so. 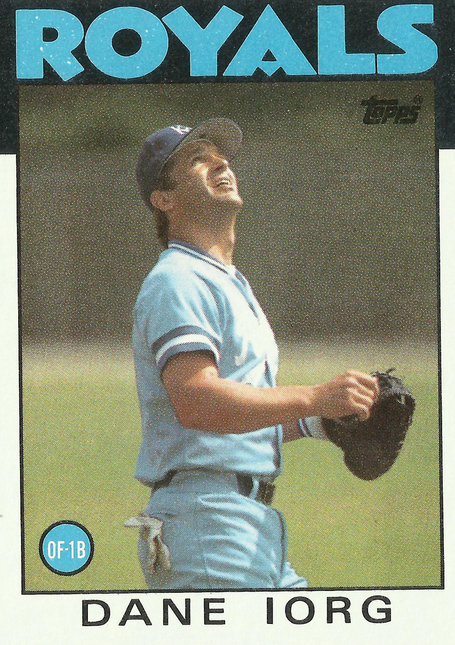 But then again, the Royals would have won anyway. 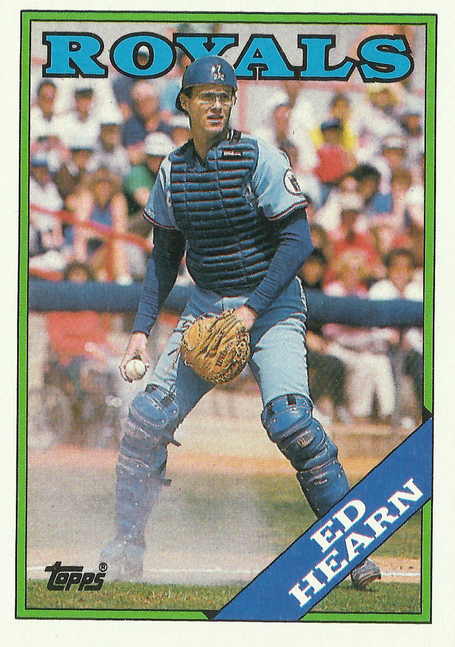 I would rather have Cone. 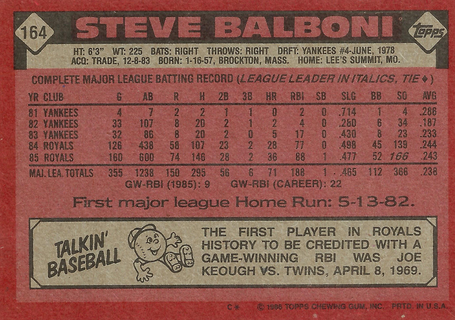 Of the many things to be embarrassed about as a Royals fan, the fact that this is still the team record has to be near the top of the list. 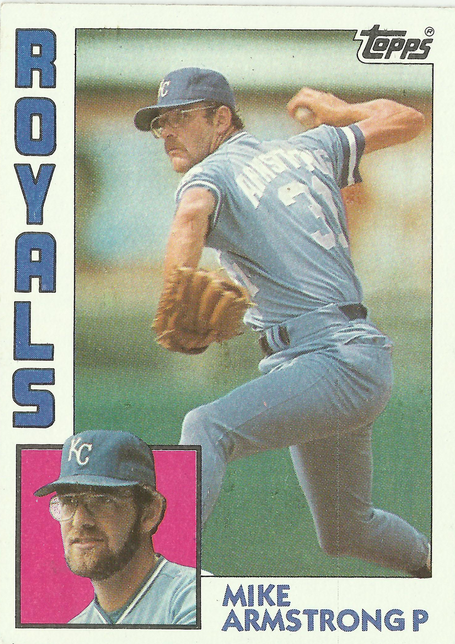 Those glasses were the kind that automatically tint in bright sunlight. 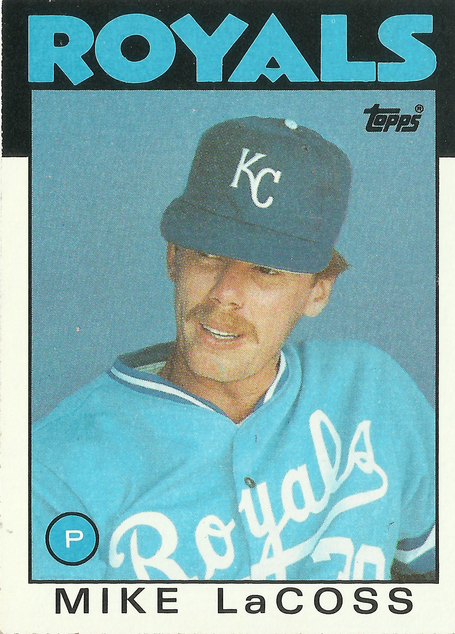 It looks like somebody should give Mike something to eat. 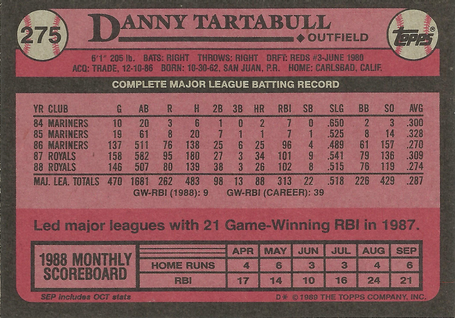 This former Seinfeld star was better than most people realize. 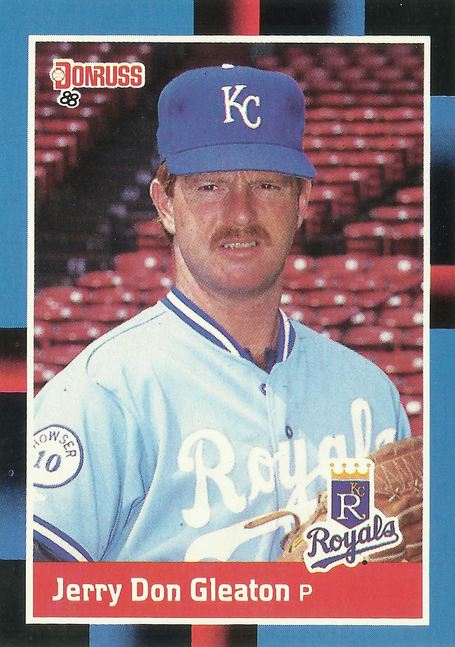 Nobody messes with Jerry Don Gleaton. 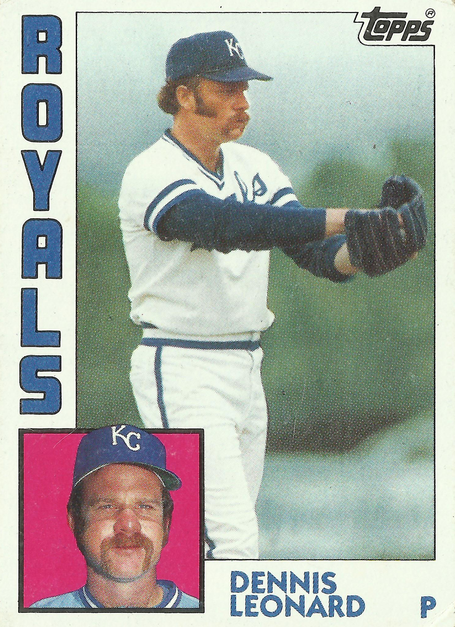 Except for Dennis and his mustache and sideburns. They can mess with whoever they want. 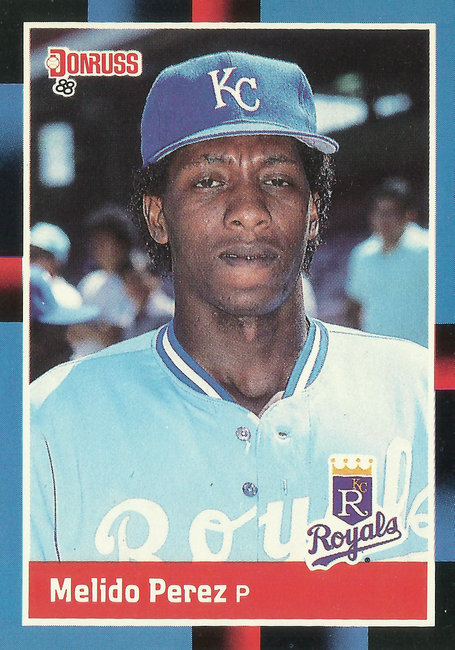 I forgot he was with the Royals. 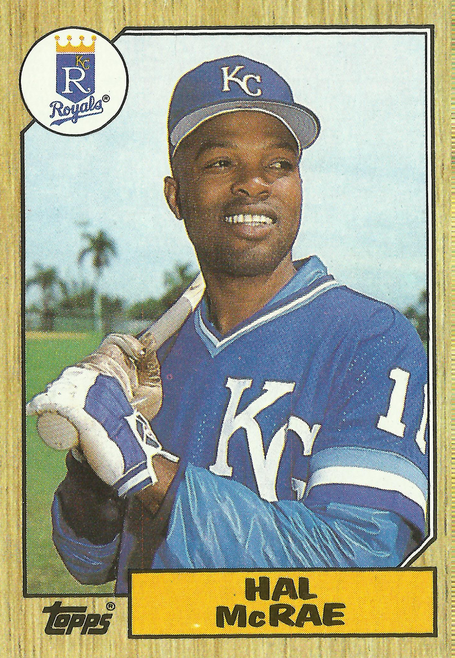 He's smiling because he sees Craig's tape recorder nearby.

At least it's not Storm or Mark.

Why is the manager wearing a batting helmet?

In looking at the stats of the last year of these three outfielders it makes you glad that in today's game no general manager would ever give that many at-bats to such a weak-hitting outfielder.

Nothing adds to the value of a card like a Renie Martin autograph.

If you told me right now that Starling would be the same kind of center fielder in the majors that Otis was I'd take it.

It looks like he is ready to go bowling. If relievers belong in the Hall of Fame, then this guy, who was as good as any, should be there.

If he would have spent more time working on power and less time on that wad of chew he might still be the Royals hitting coach.

That number of at bats is mind-boggling. Was there ever another above-average player who was faster?

Bill is thinking about devising a system to predict the future performance of players. This picture actually kind of reminds me of Billy Butler.

You only wish you could grow a mustache like that.

Joe's hair deserves its own card.

The Royals at one time actually had enough pitching that they traded away guys like this for something other than monetary reasons. He also was the one that taught Wil Myers how to spell his name.

Something about this picture makes me nervous.

I had forgotten how many different stints with the Royals he had. Perhaps he will be back to manage someday.

I'll save the most depressing one for last. Could any Royals fan in 1985 have been able to fathom going 27 years and counting until the next playoff appearance?