Random thoughts on the Royals and baseball.

Ervin Santana is pitching great, but ...

1. His slider usage leads the league among starters (43%). It will be interesting to see if he can keep getting away with only 2 pitches as a starter.

2. His in game speed is all over the place: 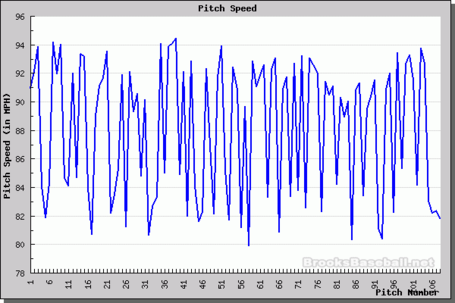 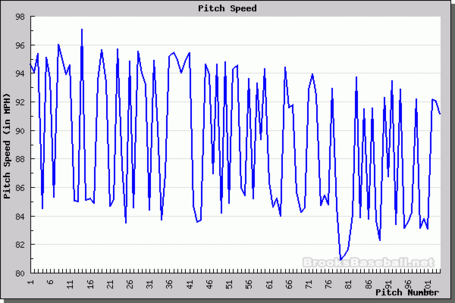 Almost 5 mph swings during the game. Love the productions, hate the red flags.

Here is a comparison between the called strike zone for the Royals and Rays. Small differences over the course of a season can be huge. 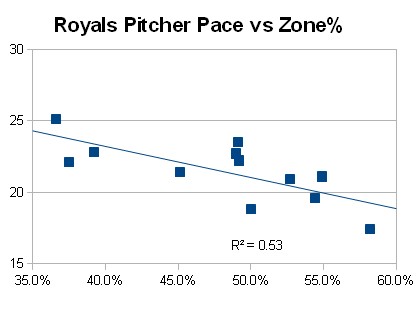 Pitchers who are confident they can take the ball and throw it for strikes will. Those who are struggling out on the mound, will take as long as possible until they throw their next pitch.

Team batting is at some extremes

The bad (AL only)

The good (AL only)

All of the first base speeds I have logged:

And everyone thought Youkilis had a weird stance

And for a "42" primer, feel free to watch all of "Soul of the Game" for free at YouTube.