Way too much data on what pitches each pitcher throws.

Today, I am going to look at the pitches each of the Royals pitchers throws in different situations. Do they approach left-handed and right-handed hitter differently? Do they change their pitch mix as the count becomes more or less pitcher friendly? Do they differ their approach if a runner is on 3B and could score on a wild pitch? I will break down each pitcher and give a few comments on each. 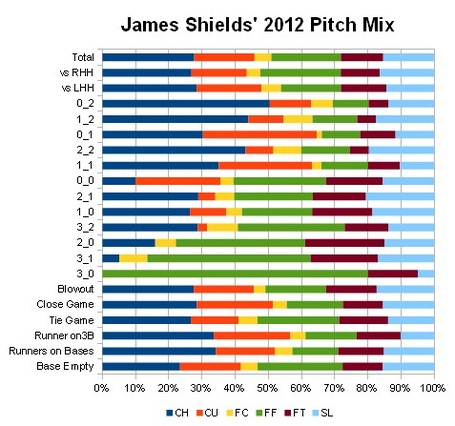 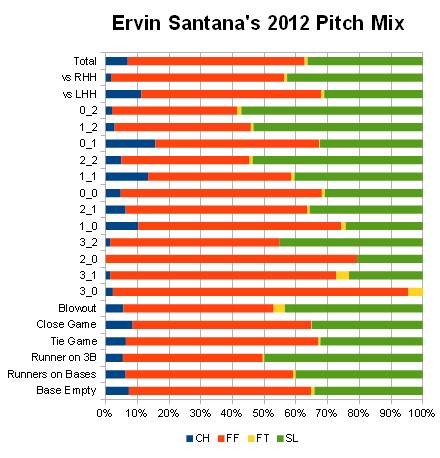 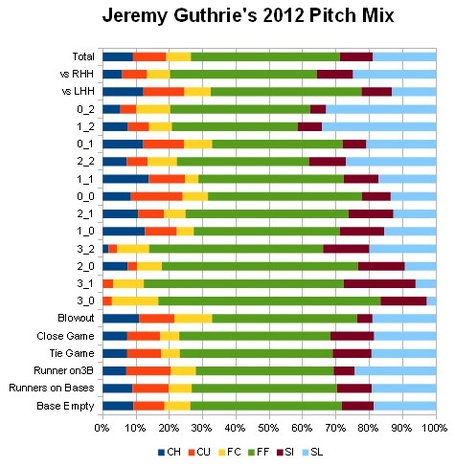 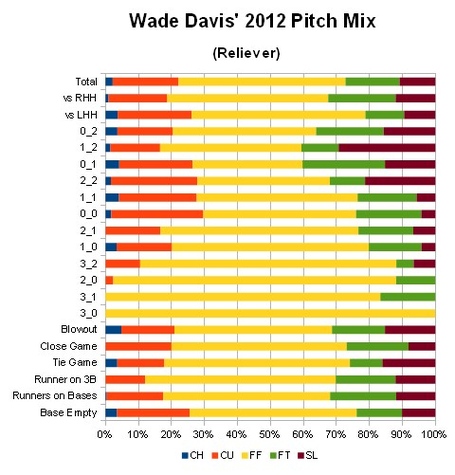 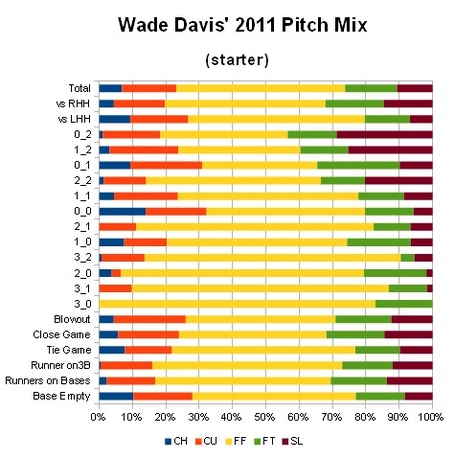 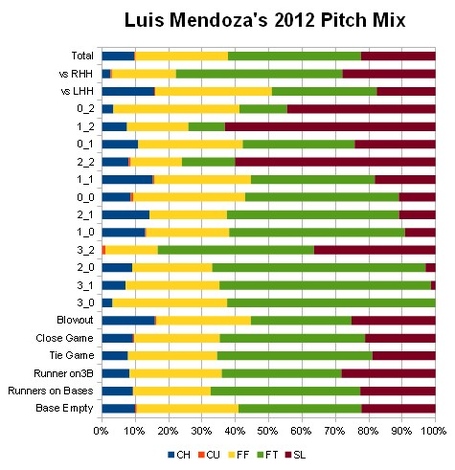 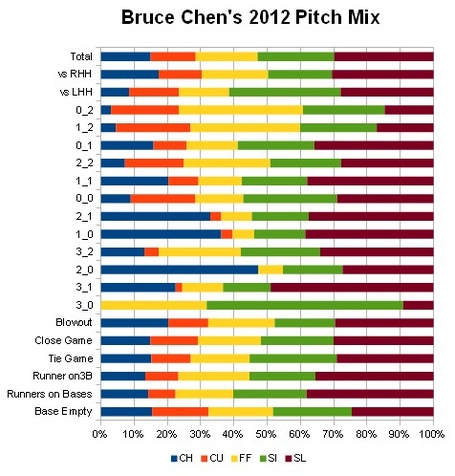 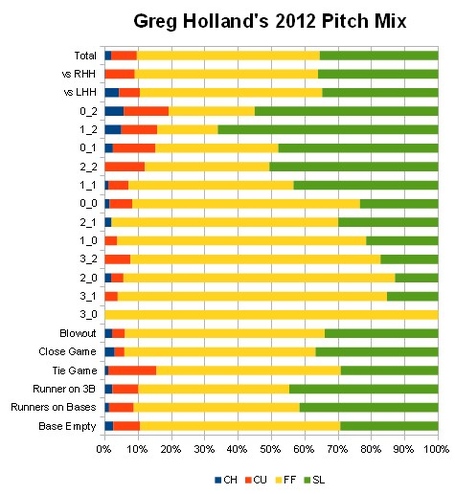 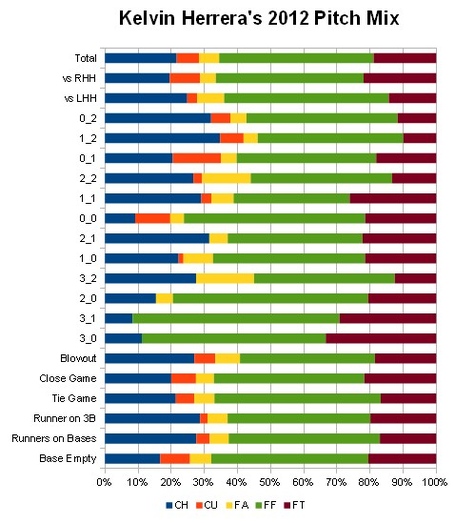 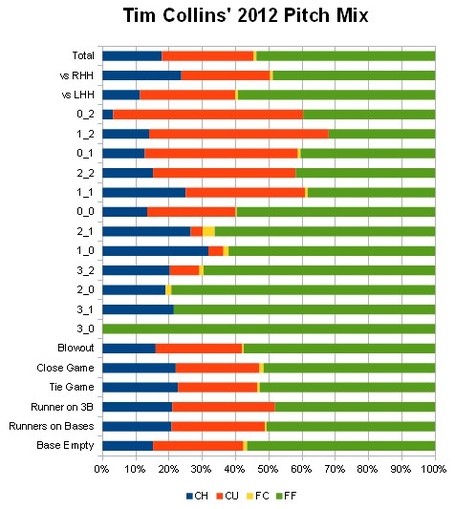 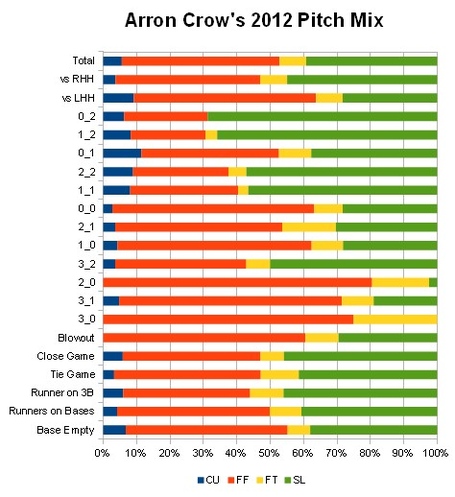 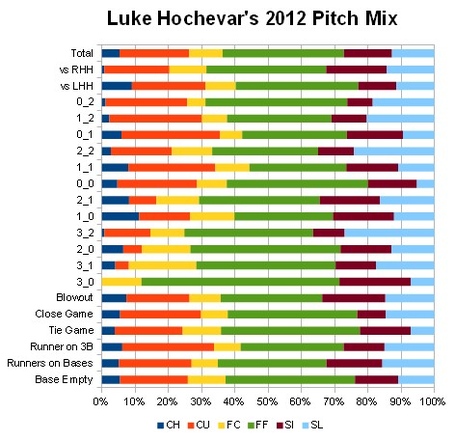