Even Ned thinks it is cool

Shifting certain hitters is becoming more and more popular in the majors. Some teams, like the Rays, have taken it to the extreme with shifts with unique positioning against every hitter. Today, I am looking at which Royal hitters will likely have a shift placed against them this season.

To get an idea of what types of hitters get shifted, here are 4 examples I have seen so far this season. 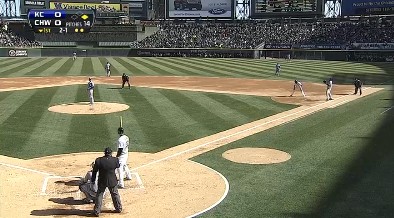 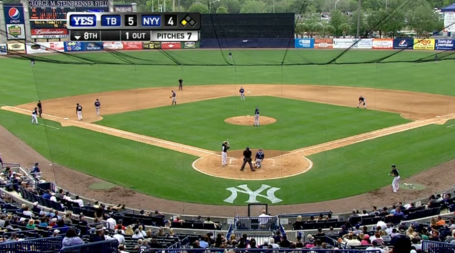 Dunn, Longoria and Youkilis are obvious pull hitters with less than 15% of the ground balls going the opposite way. Cano's value is a bit higher at 20%. Each of the three sees their opposite field percentages jump three to five percentage points when line drives are added to the mix. I will just look at the ground ball numbers, but post the ground ball and line drive numbers for reference.

These numbers make sense. With 4 fielders to position in the infield and less than 20% of the ground balls go to one side of the field, 50% of your fielders should be going after 20% of the batted balls. With a small sample size of four, I will say a hitter needs to go the opposite way on ground balls 20% of the time for definite shift and 25% for a maybe shift.

The other factor to take into consideration is the hitters willingness to put down a bunt. The way to beat the shift is to bunt to the non-pull side of the infield. With a player usually playing deep, a bunt should almost end up as a hit. No way are the above four players going to bunt. They are each slow and would prefer to swing away.

Looking at the Oppo%, quite a few hitters look like they could be shifted. All the left handers, except Hosmer are pull happy. For the right handers, only Sal Perez and Jeff Francoeur make the cut (Billy is close). Getz and Dyson can quickly be removed because of their speed. After those two, it seems like three groups remain.

Heavy pull and slow: Kottaras (he needs a nick name)

Kottaras should be shifted any time he is up.

Heavy pull with some speed: Gordon and Moose

It will be a cat and mouse game of if Moose or Gordo are going to bunt against a shift or swing away. I would not bet against a Ned Yost led team not bunting.

I am pretty sure neither will lay down a bunt, but will the opposing team put on a shift especially against a right-handed hitter.

I have not seen the White Sox shift any Royal hitter yet, but more progressively managed teams might in the future. It will be interesting to see which players get shifted.