I am headed home.

I will be scouting part of the college regional in Manhattan, KS this weekend. I will just update this thread with my latest take. Here is the game schedule:

I have seen both teams part at least a couple times during the season, so no real surprises. Wichita State came out excited with more noise coming from their fans than I saw at any home game during the season. The excitement ended in the bottom of the first inning when K-State score 9 runs and Wichita St. went through 3 pitchers. The game was basically over then.

Here are a few notes on possible draft picks

Bryant basically came out and matched Arkansas pitch for pitch, played great D and got the win.

Draft players of note from Arkansas (Bryant did have much except pitcher Peter Kelich who was a little bulldog out there pitching):

It was a better game for scouting. The spots behind home plate were open with K-State not playing. About two dozen scouts were there including one from the Cubs (2nd pick) for an inning or two. There was a some early entertainment when an Arkansas fan, who had a few too many Bloody Marys to start the day, got kicked out and his family went along with him. 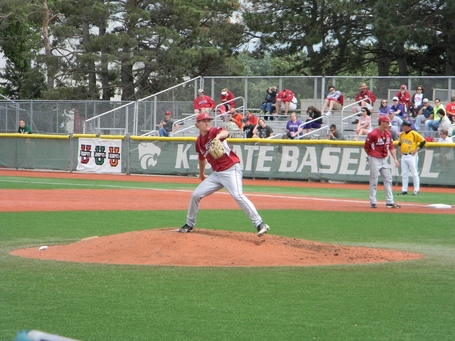 I was pretty much only watching Stanek and here are my thoughts:

Overall, I was impressed. With the draft happening in soon, I will put up a ranking of the players I have seen in the next few days and he will be near the top. 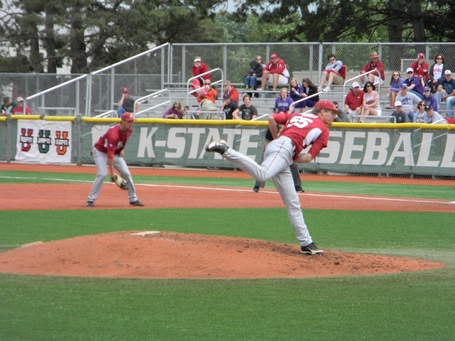