The Royals play a very Royals game against Detroit and come away with their sixth win in a row.

Share All sharing options for: Six pack of wins

Games like this tend to drive me insane. Yes, a win is nice. Six in a row is borderline amazing. But scoring three runs while the Royals starting pitcher allows 10 base runners in less than seven innings keeps the issues with this team on the front burner.

Jeremy Guthrie went 6.1 innings. He threw 95 pitches, 61 of them for strikes. He scattered just six hits and three walks.

His biggest mistake of the night: 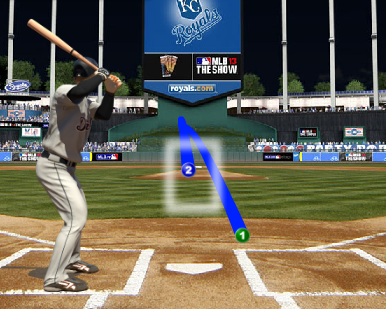 And somehow, that was it. Ten base runners (he threw in a HBP for good measure) and just two came around to score. That continues Guthrie's amazing good luck streak where he's stranded 85 percent of all runners. His xFIP is a full run higher than his ERA. Guthrie got by the Tigers for over six innings, but that regression is going to come. And it's going to be rough.

Then there was the Royals singles parade. The Royals managed nine hits against Doug Fister. Eight of them were singles. The lone extra base hit was a triple hit by Salvador Perez in the third that scored two runs. After Billy Butler failed to get Perez home from third with less than two out, it was up to Lorenzo Cain to break the deadlock.

-- The Royals Free Out of the night came courtesy of Chris Getz who was gunned down stealing second base in the fifth inning. He didn't get a great jump and the throw beat him to the bag, but it was on the shortstop side of second. Getz was safe at second, but his slide took him off the bag. Free out.

-- Aaron Crow, Tim Collins and Kelvin Herrera bridged the gap from starter to closer. Just like we all thought would happen when the season opened. Love it when a plan comes together.

-- Small ball insanity came in the seventh when David Lough led off with a single. Remember for a moment, Lough was the seventh place hitter. Then know that Getz absolutely had to bunt. Because the rules of Small Ball say so. Because whenever you can give up an out to advance a runner to second for the ninth place hitter you have to do it.

Wonder that it didn't work.