This is not up for discussion.

Share All sharing options for: Alex Gordon is great

We know the Royals average under four runs a game. And we know how the Royals do on those rare occasions where they score four or more runs.

Thankfully, we had the Alex Gordon show on Wednesday.

-- Three pitches into the game and he turns on a belt-high fastball on the inner half of the plate and launches it into the Outfield Experience. 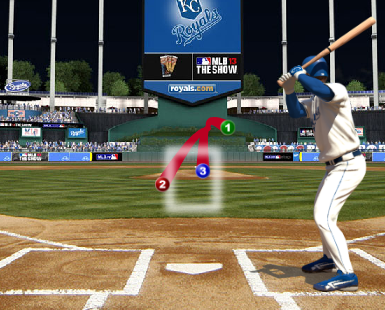 He put just a beautiful swing on the ball. His first HR in 159 at bats. Wow.

-- In the second, Mike Minor tried to go curveball low and away, but Gordon wasn't having any of that, lining a single to left. He scored on Billy Butler's single.

By the way, how Royals was that inning? Four hits, three of them singles and a lone run.

-- It wouldn't be a Gordon Game without a few defensive highlights. My favorite was his chasing down a ball slicing away from him off the bat of Freddie Freeman in the top of the sixth. He makes it look easy, but the way the ball left the bat, it had some tail to it.

-- And the game-winning hit in extras. Of course.

The Royals plate four and Gordon was involved in three. Slumps aren't fun, but when a guy like Gordon is scuffling, you don't jack with him because he's going to get going with a vengeance.

-- Nice start from Luis Mendoza. He kept the Braves off balance and was able to roll up a few whiffs for good measure.

-- Elliot Johnson should be released. There's really no reason for him to be in the organization. Picked off in the ninth inning as a pinch runner is a sin worse than bunting in the first inning.

-- Greg Holland is throwing the filth right now. He's on a different planet.