Share All sharing options for: A Royal run explosion

The Royals mean business. They're not going to be pushed around by some team from Minnesota. They're going to grit and grind and hit opposite field doubles and crush your spirit.

Then, they'll hit a home run.

-- The Royals have now won two in a row. This is their first winning streak since they won four in a row at the start of May. Yes, that streak was stopped when James Shields came out in the ninth inning of that 1-0 game against the White Sox.

-- The last time the Royals scored more than four runs in a game was back on May 21 when they exploded for seven against the Astros.

-- The Lorenzo Cain HR was the Royals first home run this month. Their last home run came on May 30 at St. Louis courtesy of Jeff Francoeur.

-- Cain's home run was on a 92 mph fastball on the inner half of the plate he yanked to his pull field. Hosmer, please take note. 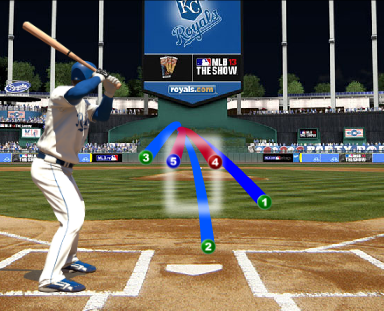 -- Billy Butler laced an opposite field double as well. It was his 11th on the season. I miss those doubles from Butler.

-- Then there was the first inning. A Mike Moustakas error, a wild pitch and a home run gave the Twins all their runs.

-- Mike Pelfrey is not a good pitcher. I guess we were fortunate the Royals were able to score three runs off of him before assaulting Jared Burton in the eighth.

-- Davis held his velocity through his 105 pitches. But still, 105 pitches to scrape through five innings. 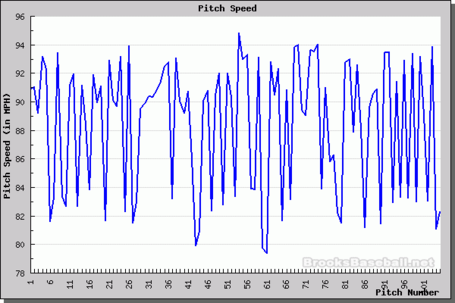 -- Two in a row calls for a visual representation courtesy of FanGraphs: