We asked, they listened.

Fox Sports Kansas City announced on Friday that all remaining Royals games will be on television. Great news for fans of the team and a great move by FSKC. Fans have responded to the Royals by viewing in record numbers this year and FSKC is doing the right thing by adding the remaining games that weren't previously scheduled for television. Hopefully, we have a few more meaningful games to watch. 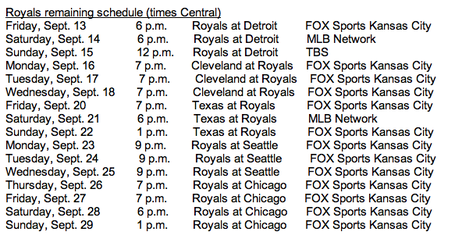