So the MiLB regular season has wound down. Idaho Falls and Omaha are the only two Royals affiliates in their respected playoffs. There probably won't be any drastic change to this list before next season starts and barring some colossal breakout in the AFL by one of the Royals players there, and even then so we're talking maybe a spot or two, the results are in.

I grade prospects pretty evenly on tools, age to league comparison, and translated results, but not necessarily in that order. The results might be impressive, but the age and tools are not (ie: Kyle Smith).

*Edited 12/8/13* After reading a few more reports about both Daniel Rockett and Samir Duenez I've made a slight edit and moved them up to 19th and 20th respectively. 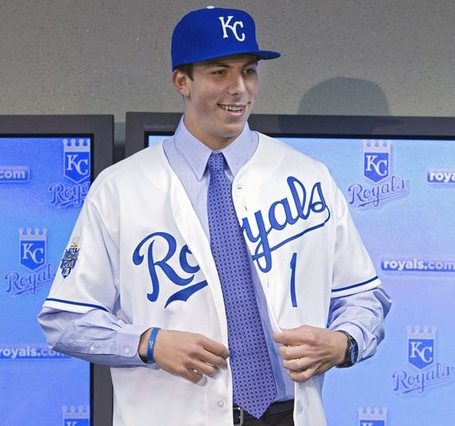 The 2012 first rounder for Kansas City had his ups and downs. He started the season off strong, then had seemingly back and forth good then bad games, then struck out 23 in 11 innings before being called up to Northwest Arkansas. In Arkansas, he threw 6 innings of 3 hit and 7 strikeout ball then followed up by 6 innings of 3 hit 12 strikeout ball. In Zimmer's final start he was pulled after two perfect innings due to shoulder soreness. Although worrisome at first, Zimmer was seen laughing in the dugout with team mates and didn't have any ice or wrap on his shoulder. As of today, no follow up exam has shown any signs of serious injury other than fatigue.

The strikeouts were working for him all year, and he's been graded as having two 70 grade pitches and one 60 grade. Electric stuff. Just needs to stay healthy (don't all pitchers?)

Zimmer was the 15th youngest player in the Texas League (5 Royals were in the Top 20) so his success is very impressive. Still has that #1 starter upside but might just be a very good #2. Baseball America had him as their #24 overall prospect and I'd imagine he either stays around there, or if they take a lot of stock in his short time in AA he could move up a couple slots. Will probably be in the Top 20.

Side note: Zimmer is going back to college this winter to finish his BBA

Next year: Starts out in AA. 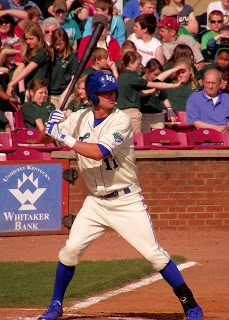 The Tool Man himself. Starling had another season where he flashed all of his tools. The only problem was that he failed to do so on a consistent basis. Had a very very cold April, underwent Lasik in May, saw his batting average dip all the way to .194 in mid-June then went 5-5 the next game raising it to .214. From then on he was okay in July but got very hot hitting .333/.404/.595 in August reaching base in all but 3 games in July and August.

Some people may rank Ventura ahead of Starling, but Bubba has one of the highest ceilings of all minor leaguers and has shown, in short bursts, that he's able to realize that talent. That's enough to put him over Ventura to me at least.

2014: A+ and possibly AA. I wonder if the Royals keep him in Wilmington at the humid sea level pitching park there for a long time and not send him to the hitter friendly Texas League by the All Star game. Obviously results need to be shown there, but Bonifacio and Cuthbert weren't long for that league. 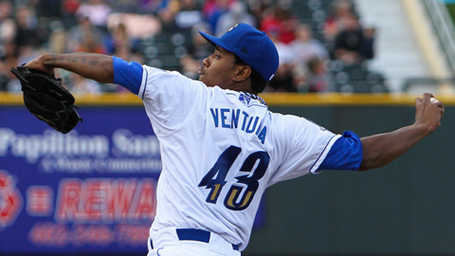 The 11th youngest player in AAA and 6th youngest in the PCL was very good for a guy his size. The worries about him being a bullpen piece are still there, but if he can harness his good command (something that is rare for guys with his velocity) and go deeper into games, then he's got the ceiling of a #2 starter or good #3. More than likely won't be a workhorse guy, and he generally won't make it past the 7th inning...but man. What a fun 7 innings it would be.

The fastball was working easily for him this season and that big curve was on a lot, but the change up remained behind.

2014: AAA/MLB I would think they keep him in AAA a bit longer, but depending on what happens to Santana he could be up by spring. 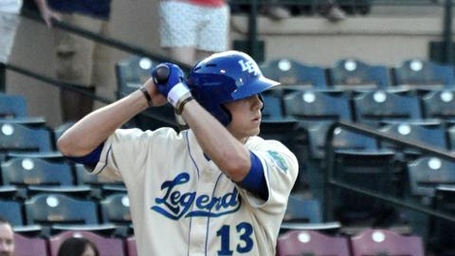 If you follow me on Twitter you know how much I enjoy watching Dozier. He's shown his good power with nearly 35% of his hits going for doubles and his walk is better than his strikeout rate. Overall he walked 38 times against 37 punch outs.

Possibly the only flaw on the season for Dozier was his poor defense. Watching him, he made the routine plays at SS/3B but didn't show much range at SS but seemed average at 3B. He easily has the arm for either position but his size will probably keep him from SS if Alcides Escobar doesn't first. I think he could play an okay to poor second base which would ultimately make him a Rickie Weeks like player.

I questioned putting him ahead of Ventura, but I want to see more than 69 games before I put him ahead of a guy doing well in AAA.

2014: A+/AA (He could possibly start in either Lexington or Wilmington but I think they'll challenge him at A+)

5. Jorge Bonifacio OF B 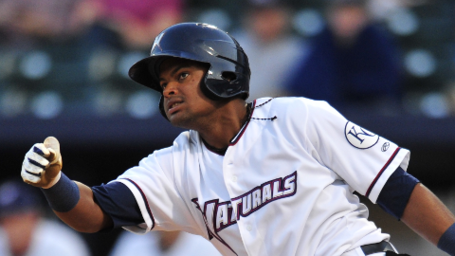 I wrote about Boni in a Fanpost a little while back so I won't dive too much into his details. A broken hamate stopped his season early on but he pushed through it to post very good numbers in AA.

He was the 3rd youngest player in ALL of AA and the 2nd youngest in the Texas League.

Jorge will get some good looks in the AFL this fall, but he's more than likely a Top 100 guy. 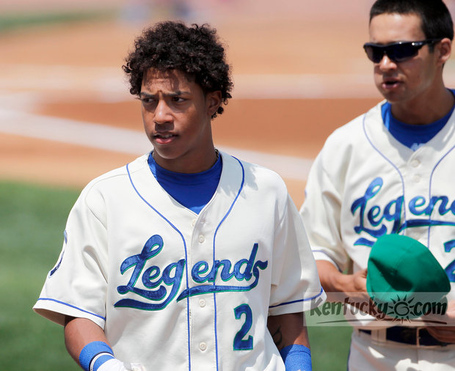 This was tough deciding between Mondesi and Bonifacio, but I like what Bonifacio is doing at a higher league just a bit more than Mondesi.

Mondesi is still a very good prospect and did very well for a 17 year old in A-Ball.

I'm sure come this time next year I'll be eating some crow for putting him behind Bonifacio and giving him a B rating, but once he hits well as an 18 year old in A-/A+ then he'll easily shoot up to #2/3 and get a solid B+. I just want to see it first. The tools and age say A-/B+ but the results so far just say B. Expect him to be higher next year and likely in front of Bonifacio. 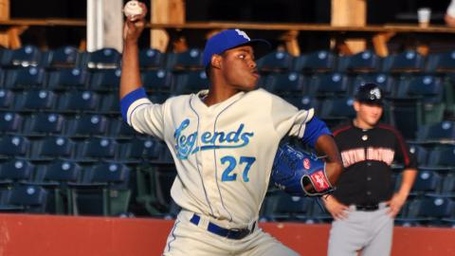 I wonder what Almonte's ceiling is. Before this season I was thinking he's maybe a #5 guy, but I could see him topping out as a #3 if everything falls right. This was a breakout season for the 20 year old. Could get some Top 100 votes. 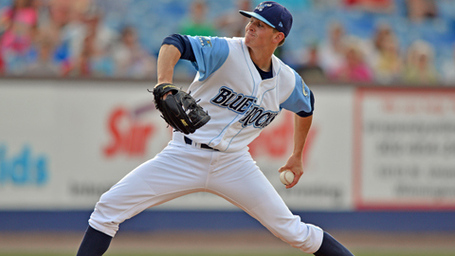 Had a no-hitter through 8 innings in August. I still think he's a reliever in the end, but as of now he's likely a #4/5 guy. Command wobbled but he missed some bats. 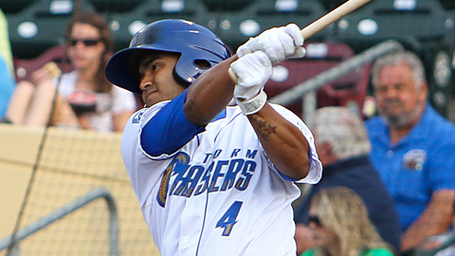 Yeah... he's still hanging around. I put him at 9 because he could be a viable option at 2B in the majors and he's closer and more sure of an MLB appearance than anybody lower than him most likely. 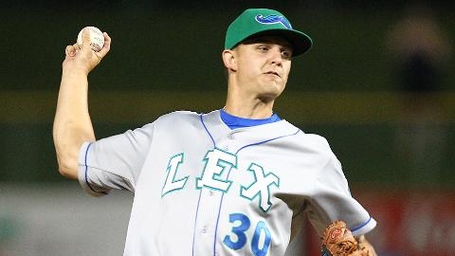 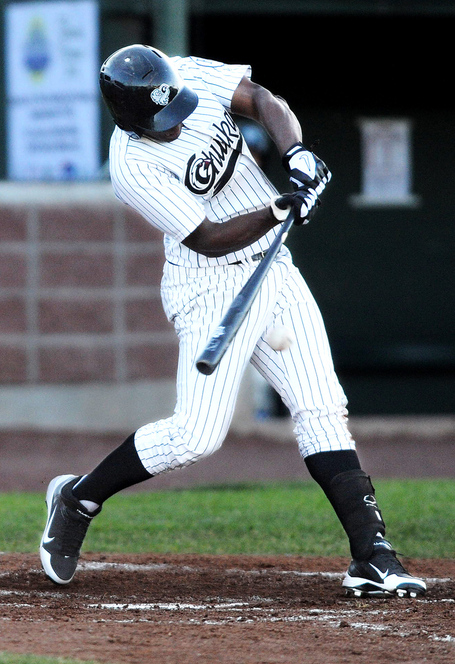 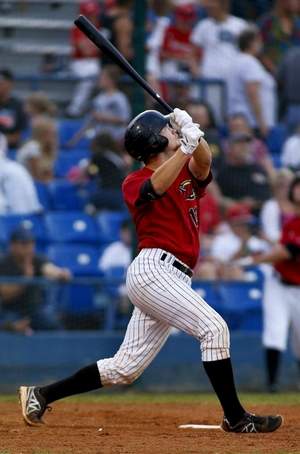 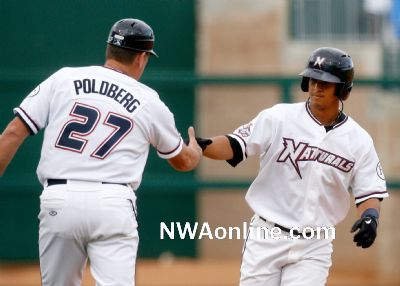 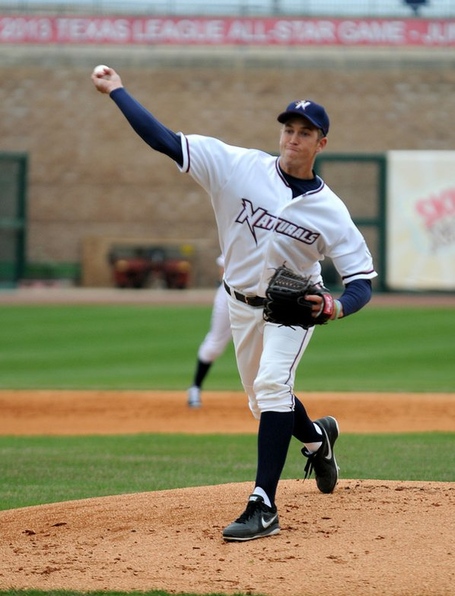 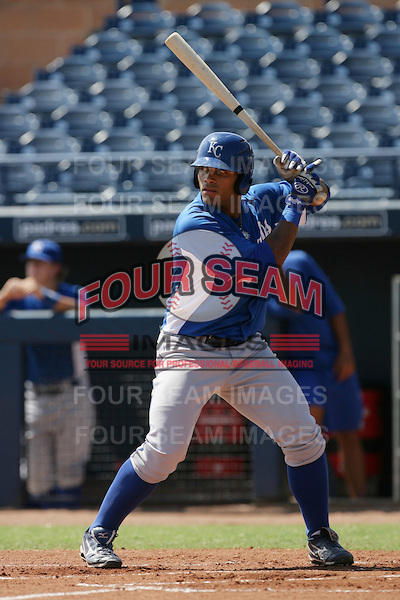 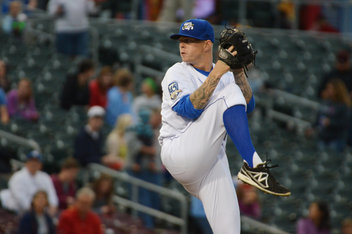 ---- Everyone from here down are practically interchangeable------

19. Daniel Rockett D+ with potential for B-

*Note* Holding Sean Manaea off this list until he pitches.

A lot of depth in the minors, but very little past AA. Pretty good mix of hitting and pitching talent near the top with some wild cards and flyers in Low-A/Rookie.

Biggest faller for next year: Sam Selman or Cheslor Cuthbert

My guess to how many Top 100 guys: 5-6 (between Zimmer, Ventura, Starling, Mondesi, Bonifacio, Dozier, Almonte) but more than likely only 5.