I know it goes against the whole concept of designating a specific place for commentary, but I'm speechless.

First of all, I sound like Harvey Fierstein right now.

I don't remember the last time I bore down and just screamed at the top of my lungs.

The stadium was a god last night. When the crowd erupted -- about a dozen times and at a volume that subtracted all other meaning from the world -- that small dimple of the planet was its center.

I kept saying "I didn't even know this was possible." I actually just thought the words since I could hear anything of the words that were coming out of my own mouth. Seriously, I just measured it. My mouth is only three inches away from each of my ears. I know I was making noises, but there was only one collective sound.

But despite all of madness being projected from that relatively minuscule bowl of people and concrete, it seems a lot more like something was being absorbed. The eruptions were like nothing I've ever experienced in my entire life, but it was the moments right after them, when the realization of why we were screaming rushed back in from every direction behind those outbursts.

Max predicted the running game would be a factor 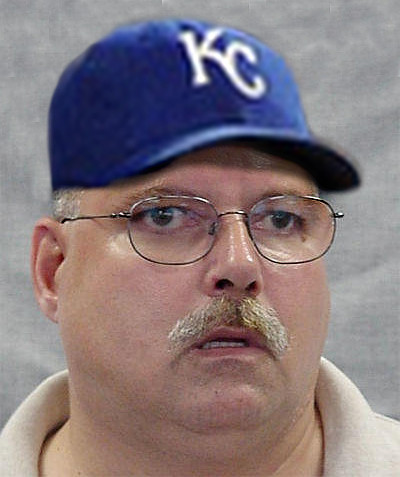 I'm doing my best to describe it, but there really aren't any words. It might seem like some of these descriptions seem melodramatic, but I'm really not sure that they are.

I can't think of another situation -- across every aspect of human existence -- that would result in that many people sharing in such a consolidated and hysterical reaction. Nothing in politics or religion or anything else I can think of right now is capable of causing a unified freakout like that. I don't know. Maybe war, but this wasn't destructive -- at least not philosophically. I'm pretty sure a lot of ear drums and vocal cords are in pretty rough shape right now. My hand is just one big bruise from the belligerent hands-smashing togetherness of that absurdity.

It was outrageous and absurd and surreal.

I don't expect to experience anything like that again in my life. The most amazing part wasn't the game -- which was, clearly, one of the best games in Royals history, maybe baseball history. The thing that I still can't believe or competently put into words was the crowd. Maybe fans of other teams do stuff like that all the time. I don't know, but that seemed different than a typical crowd. Logically, I know it wasn't. I know that it was just a bunch of people reacting in unison to an extremely unlikely situation, but man, it was amazing.

Don't get me wrong. I'm extremely glad that the Royals won that game, but being in a place with that many people who were that genuinely happy at the same time was unbelievable.

That was literally all I could think. Maybe that's because I'm just not very smart or I'm not an especially thoughtful person, but I've personally never experienced truly stunned, eye-blinking awe. Typically, I'd think wow and immediately begin adding nuance to the experience.

Last night, I couldn't get past that thought.