The Royals rotation in gross hyperbole

Share All sharing options for: The Royals rotation in gross hyperbole

The Royals rotation is what most fans are worried about.

So, I thought it would be fun to cover my admiration and concern employing only absurd exaggerations.

James Shields' changeup actually behaves like light in outer space. It softly bends around solid objects like bats and planets. Just like your shadow blurs after light wraps around you, James Shields' changeup stretches out, warps into lesser dimensions, and recollects itself in semi-tangible ephemerality when the mitt pops. But Salvador Perez is no Peter Pan. He catches stuff like that for a living.

Shields' mother and father could not conceive him naturally, so they submitted their respective genetic materials to the earliest laboratories conducting research on IVF (in vitro fertilization). In the late-70s, scientists performing these experiments were forced to use animals as test groups, and in order to cut costs, they would often accept "problem animals" from local zoos as subjects. The egg that eventually became James' first home was implanted into a lioness that was rumored to have eaten at least one entire man and several smaller, domestic animals. He was inexplicably in utero for 32 months.

The fiery right hander still visits his surrogate mother during the offseason at a small, specialized shelter in Santa Clarita, California.

He's so vanilla that he occasionally vanishes into thin air. Here's a photo of him the very instant he disappeared at a home game in Anaheim. As you can see, Vargas' plight doesn't aid him much in his efforts on the mound since he is incapable of transmuting his freakishness to inanimate objects -- like the ball. 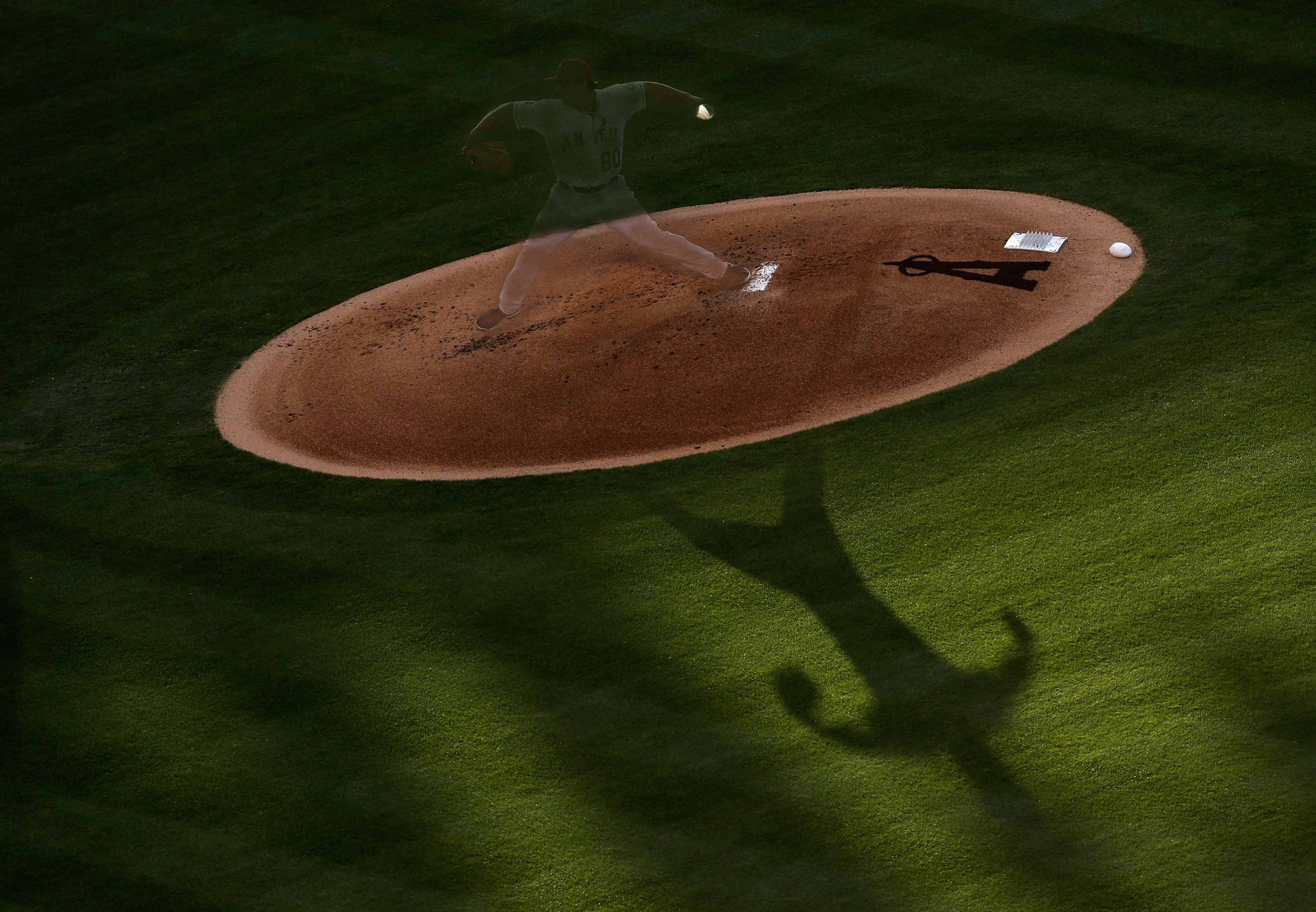 Guthrie is a really nice guy, but the restructuring of his deal was merely a marketing ploy -- since he always donates his salary back to the team anyway. It's nice to finally see him get credit for his selflessness.

Bruce Chen built the Panama canal single-handedly, which means he did it by actually scooping up one fistful of dirt at a time, tossing it into a pile on the Costa Rican border that slowly became the Cordillera de Talamanca mountain range, and allowing the Caribbean Sea and the Pacific Ocean to merge in the resulting muddy trench.

He is 52 years old and has played for every MLB franchise for at least one full season.

In order to deceive batters, he uses literally every arm angle that is possible ... and a few that aren't.

Ventura's fastball has appeared on Top Gear, and is reportedly Jeremy Clarkson's favorite American thing, of course, it's the only American thing Clarkson likes, but that's beside the point. 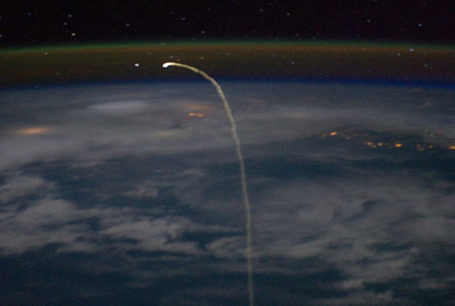 Ventura is super-young, like 15 or something, and if he wanted to, he could throw a ball that would hit your face before you even saw it because it would be going about three times the speed of light.

A fastball is the only pitch he throws, so when scouts aren't writing books about it, they're ridiculing Yordano to tears for being one dimensional. He lives a complicated and duplicitous life of penultimate greatness and crushing self doubt. Yes, he has considered suicide, but he feels an intrinsic obligation to allow the world to see his fastball first. NASA has studied the pitch while researching was to improve atmospheric re-entry. For this, he earns a small stipend from the government, but they have not acknowledged his perpetual requests to experience zero gravity.

Duffy's arm fell of last year. It literally popped right out of its place, and since he was on the mound at the time, the violence of his pitching motion caused the skin around his scapular area to give way.

The pitch just missed the black for ball four, and Duffy's arm, still responding to the final natural messages from his brain, flopped momentarily like a fish out of water on the infield grass.

The limb was reattached by way of plastic replantation. 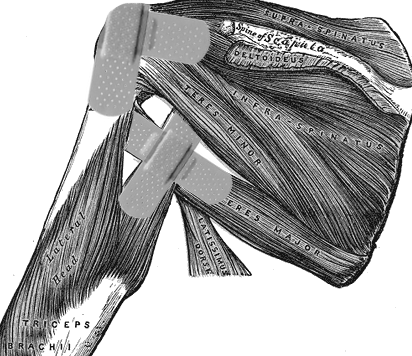 The microsurgeons that performed the operation believe his arm will be stronger than ever, although, they are concerned that the repetition of a high-stress movement could compromise the microvascular and viscoelastic sutures now holding his pitching arm in place. To create those sutures, tissue engineers used a synthetic collagen that was tested at the Petzl laboratory in France. In over 6,000 trial cycles -- similar to the testing performed on the caoutchouc elastic cables used during World War II in order to decelarate the fighter planes landing on Allied aircraft carriers -- the new compound withstood acceptable levels of stress. However, prolonged strain on Duffy's "new" arm could lead to detachment, which would result in either internal bleeding or localized paralysis.

The Royals medical staff is prepared to reamputate at any moment, and cauterize the wound with a giant novelty cigarette. It takes four physicians, two on either side, to wield the instrument. They will likely charge the field with it as if it were a medieval battering ram, jamming it into the open wound until it extinguishes.

At this point in his career, Duffy's ceiling is C.J. Wilson, and his floor is the bad guy from The Fugitive.

His fWAR last season was -14.6, meaning that if they had rostered a replacement-level pitcher instead, like say, Luis Mendoza -- who has the longest and most luxuriantly windswept hair in MLB history -- they would have won about 100 games and presumably, the World Series. Davis might've finished the year with a 5.32 ERA (only part that's real, doesn't need to be exaggerated), but that doesn't even tell half the story. His advanced metrics indicate that he might be the most atrociously wretched pitcher ever.

His Fielding-Independent Pitching, or FIP, was 13.53 in 2013 -- meaning, given the things he could control, he would average that kind of an ass-bludgeoning for each nine inning subsection of his otherwise disjointed and rambling vocational failure. His career xFIP-, or expected FIP on a scale where 100 is league average and lower is better, is 341. This means that he will probably be 241% worse than the rest of the league for the remainder of his joyless, indiscriminately disappointing subsistence. His SIERA, another ERA estimator, concurred with its 14.09 figure from 2013.

CONSPIRACY: The Royals have made a deal with Apple -- and whatever other computers there are -- to use their Autocorrect feature to subliminally manipulate our opinions on Luke Hochevar's potential return to the rotation. They think if they put words like "whichever" in or heads, we'll slowly numb to the idea and accept it without resistance -- I DON'T THINK SO, YOU SHAPE-SHIFTING REPTILIAN BASTARDS!