Share All sharing options for: Royals 2016: Players already under contract

Took a glance. Not bad.

Perez is locked up through some form of non-financial love bombing, or simply pure luck. Eric Hosmer will be pushing eight figures heading into 2016 unless he falls flat on his face. Infante's on the books until at least 2017. The club holds an option for Escobar ($5.25 million). It should be picked up. He would probably be worth $5 million as a glovey utility guy. 2016 will be Cain's second arbitration year, and Bonifacio looks like the heir apparent in right. Gordon's 2016 option is a PLAYER OPTION (seecommentsforgiveandforgetlikeyounevermadeamistakeseriouslythankscan'tbelieveimissedthatithinkiknewthatalreadybutlookatthepublishtimejustwantedtogetsomethingupbcitlookedlikewehadn'tpostedinawhileandthisiswhatiwasthinkingaboutatoneinthemorningthanksforreadingityoushouldn'thavereadthisthoughthatwasdumb), so he's likely to move on. He's worth much more than $13 million. Left field could be the sugary bowl of cereal at the end of the Bubba Starling rainbow, but he still has a lot of work to do.

Who knows if any of the left-side infield prospects will amount to anything. The organization has enough talent in the minors, paired with the chance that Moustakas turns things around, to pretty much guarantee they won't be making any major moves for a third baseman over the next few years. Of course, that can change, but scouts don't seem to be giving up on Cuthbert, and Dozier should be serviceable and unmarvelous.

Butler is a free agent after 2015 -- assuming they pick up his $12.5 million option after this season (which could be a debatable, and certainly deserves to be included [parenthetically] within a set of em-dashes). Bonifacio is supposed to have an RPG arm in right field, so it seems like he'll get a chance in the field.

It looks exciting. Especially since the names "Chen" and "Guthrie" aren't there. Those guys aren't horrible, but if you have to use the word horrible to describe a guy -- even in a good way -- that's probably not a great sign. They seem like nice guys, but I look forward to the days when the Royals no longer employ them.

Vargas will be 51 years old in 2016. He will be the Opening Day starter as well. Don't get upset. That's just the way things are sometimes, bub.

The four spots below Vargas' could be pretty weird for us. We aren't really used to have good, young pitchers around, but the Royals actually have some. Whether or not they become anything at the major league level is the real test. All of those guys will be cheap for a while. Even the relative fossil, Danny Duffy, will only be in his second year of arbitration in 2016. Vargas is going to be cheap too. By then, a win might be worth around $8 million on the open market, so Vargas really doesn't need to do much to earn his salary, but then again, he'll be 33 (not 51, that was a joke ... concerning his age).

Looks like a strong group. The problem is the money they will have to pour into the bullpen to keep all of these guys. Crow and Collins will be in their third arbitration seasons, so unless the team takes the risk of extending them on annually stabilized deals, they might be better served to trade them soon. 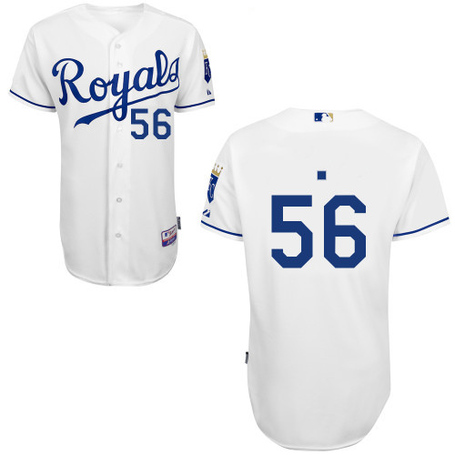 Holland's quiet dominance is embodied well in the form of a ..

Last year, he had one of the best seasons ever by a reliever, but without a team-friendly-ish extension, they have to trade him. Of course, I'm basing that statement on the assumption that if Addison Reed gets you Matt Davidson from Kevin Towers, then Greg Holland gets you Archie Bradley.