Notes from Spring Training .... Kind Of

A disappointing day at the park beats just about everything.

Share All sharing options for: Notes from Spring Training .... Kind Of

I have spent the past six days hanging out with some of the best nerds in the world at the SABR Analytics conference and FanGraphs meet up. Even though the people I have interacted with have been great, the trip has been a let down. And that trend didn't end today. I get to the Surprise ballpark and no one from the Royals were around so I could get my media pass. They took the entire day off. This disappointment wasn't the first. I was already informed I would not be able to interview minor league players like last season.

I was pressed to go to the back fields to watch some B-list players take on Long Beach State. Here are my thoughts on a what little I saw. 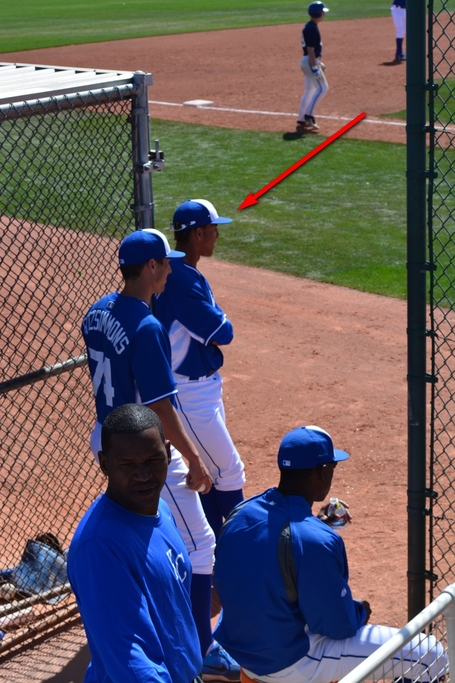