Share All sharing options for: Cleveland baseball logo: Posnanski weighs in and the #DeChief 'movement' begins 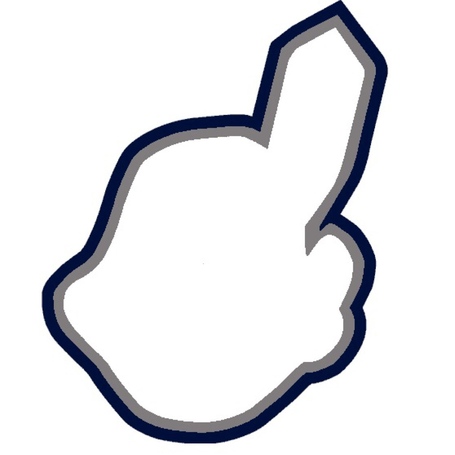 Most of the time, it seems like these things are designed to aid their designers in self definition, and obviously, that's pretty worthless to everyone else.

The #DeChief "movement" is not one of those cases. Or if it is, I don't care.

From what I can gather, no one is putting their name on this thing. It's just a fan asking other fans to join him or her in removing the absurd cartoon from their team gear.

Hope everyone saw this one. @DennisBrown helped start the trend with this gem, and was verbally attacked. #DeChief pic.twitter.com/m9b4SGrAR5

If you think that Twitter account is contrived, fair enough. But don't allow yourself to view this as some kind of loaded political talking point. Put that aside for a moment -- if you can. This is much simpler than all of that.

Joe Posnanski wrote a Scuderyan article for NBC about the history behind the name. If you read the whole thing, let me know if it's any good. (I didn't read the whole thing because I was about 1,500 words and several weeks into my own version. He beat me to the punch, and his is immeasurably better than mine would have been).

No matter who writes about it, the logo speaks for itself. Maybe we shouldn't call Wahoo apologists racist anymore. Unless you know of a hooded Klan member openly weighing in on the matter -- there probably are a few more than we'd like to think, but that certainly isn't the typical Wahoo supporter -- it's safe to assume the people that oppose #DeChief and Posnanski don't think of themselves as racists. They can't like being called racists -- and when they are, they clearly feel the need to further justify their position. Maybe it'd be more effective to appeal to their humanity since that's what "we" are asking them to do.

It's pretty clear which one is more important.