As we have been conditioned to expect, the Colorado Rockies have some fairly extreme home/road splits. Still, the overall numbers, however skewed by the thin Rockie Mountain air they may be, are impressive. 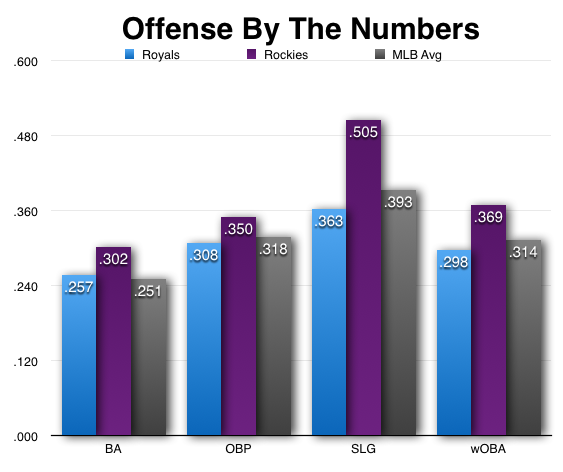 Thank goodness we have them at The K, where offense is counterproductive.

As we have come to expect, their pitching is rather pedestrian. But that offense! 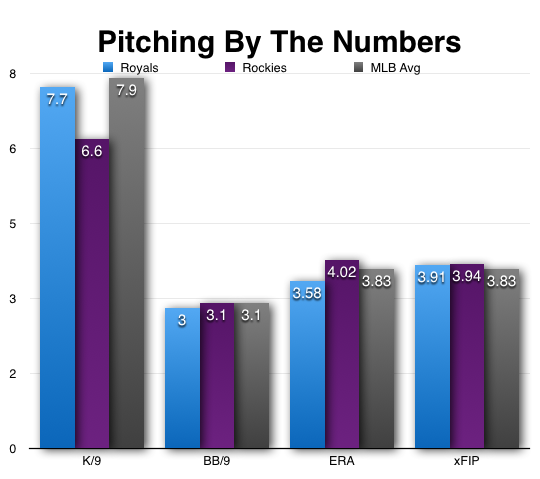 Breaking it down to what matters, the Rockies lead the world in runs scored per game. By 0.7 R/G over the next closest team, the Angels. 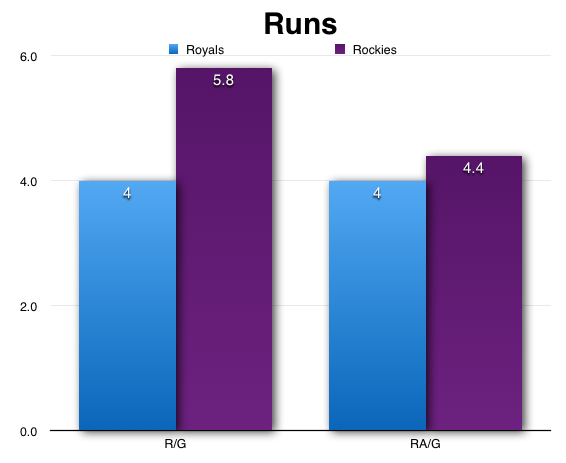 The lineup is anchored by all-universe shortstop Troy Tulowitski. If we're being honest with ourselves (and isn't honesty the best policy) the Royals lineup looks like a high school junior varsity crew when put up against the Rockies powerhouse. 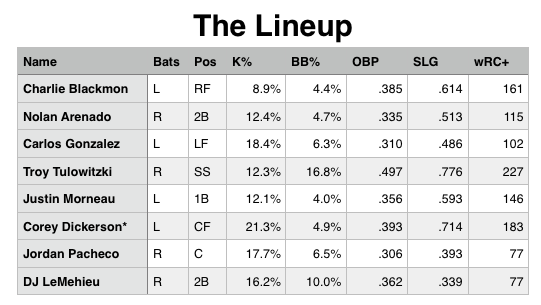 Tulo gets on base roughly 50 percent of the time. But I don't see a fancy-shmancy stat for productive outs. He's horrible.

Drew Stubbs gets some action against lefties, so we can expect to see him in the lineup against Jason Vargas. The shuffling is due to Michael Cuddyer being on the disabled list with a hamstring strain.

Here's how the starting pitchers stack up over the next two days:

Finally, the bullpen is anchored by LaTroy Hawkins. He's over 40. Which, in some circles, is considered old. The set-up men are Rex Brothers and Adam Ottavino.

The Rockies are in second in the NL West, 2.5 games off the pace set by the Giants.

I remain thankful this short series is at The K. Although the Royals will head to Colorado in August. Maybe by then the third base tree will have some fruit.