The South-Siders make their second trip to The K.

After a single series hiatus, the preview is back. This week: The White Sox of Chicago.

The first, and perhaps most important, thing to know is Jose Abreu and his .585 slugging percentage and 141 wRC+ is on the disabled list with ankle tendonitis. The second thing to know is Chris Sale is on the shelf with a strained flexor muscle. I will type the obligatory disclaimer that I hate to see players go down to injury, but this can be interpreted as good news. (Although it should be noted if the White Sox decide to move on Sale, who has made some rehab starts, his turn on normal rest would come on Wednesday. Be aware.)

Abreu has been a primary force in what has been a slightly above league average offense. 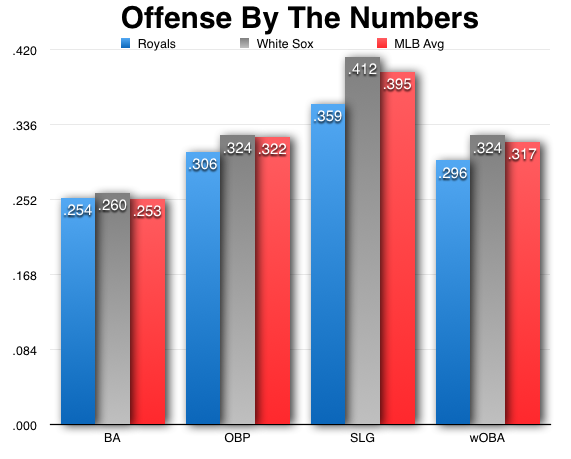 And without Sale, the pitching has been lackluster. Although I'm fairly certain Sale alone wouldn't make a tremendous difference. This is a thin staff. 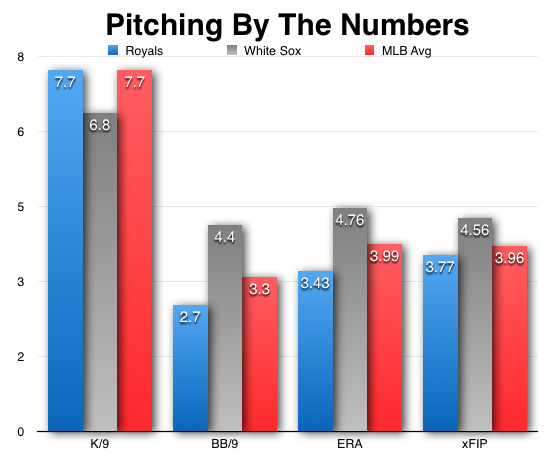 I always enjoy a lineup with Adam Dunn, he of the Three True Outcomes. Still productive. 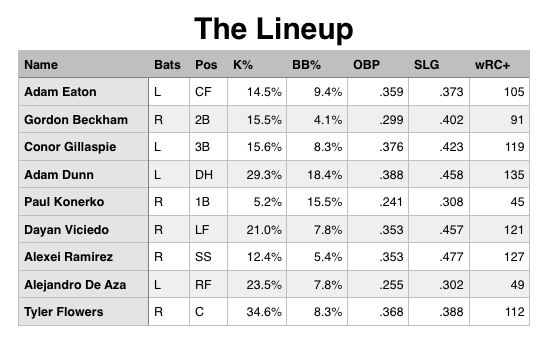 Marcus Semien will platoon with Connor Gillaspie, but the White Sox number six prospect according to Baseball Prospectus has struggled in action this year.

This is where things get interesting. The White Sox have used nine different starters in the season's first month and a half. Notable is Liberty product Scott Carroll scheduled for the start Monday against his hometown team. The strikeout rate won't inspire confidence, but it will be a tremendously cool moment when the 29 year old with four career major league starts steps on the mound at The K.

And this week's must-see start comes on Tuesday when Yordano Ventura throws fire.

Put everything together and you can see the difference between the teams. 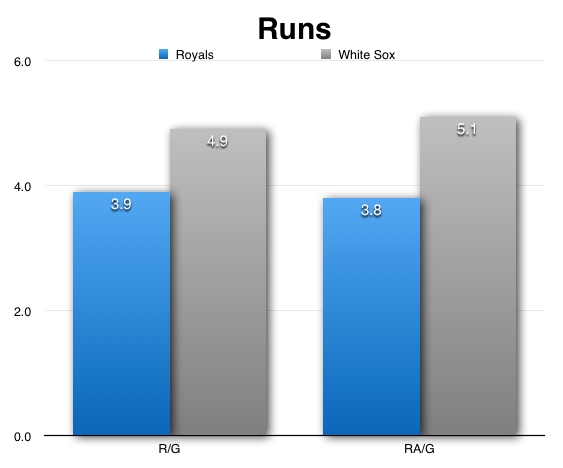 As a team, the White Sox strikeout more than 23 percent of the time, second highest rate in the AL. Miss some bats, keep the top of the order in check, don't let the middle hurt you and try to score more than one run. Seems so simple.