The MLB draft is less than three weeks away, and since the minor leagues are the only place the Royals organization has won anything in the last few decades, it's an especially exciting time for Kansas City fans.

Like the NBA draft and the lottery -- which was apparently televised last night -- MLB teams send representatives from their organizations' past and present to the event. They probably do this in part to avoid presenting the draft as a spooky, Skull-and-Bones executive puppet-claiming party. Probably also because it's really neat.

The representatives were announced recently, and the Royals are planning to send former outfielder Willie Wilson and 45-year front office vet Art Stewart.

Here are the representatives for each team during the @MLBDraft this year (June 5) #MLB pic.twitter.com/KyBlG5QBJb

Wilson, 58, was the Royals first round pick -- 18th overall -- in the 1974 amateur draft. He played 15 seasons in Kansas City, batting .289/.329/.389 in 1787 games. He ranks third all-time in franchise history in both fWAR (35.2) and rWAR (42.2). Although Lorenzo Cain may pass him some day, Wilson is cumulatively the best defensive outfielder in club history and he ranks first all-time in stolen bases (612), second in triples, fourth in hits, and seventh in doubles. He is easily one of the most exciting players that has ever suit up for the Royals.

Stewart has been with the Royals for almost half a century. Surprisingly, he is not completely bald from tearing his hair out. Here's a photographic rendering of the front-part of his head. 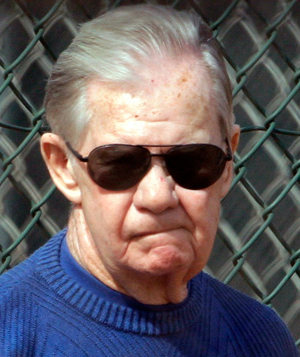 He's an award-winning scout and currently serves as the senior assistant to general manager Dayton Moore.

The Royals have four picks in the first 57 selections of what scoutwriters often say is a loaded draft.