A quick observation about the struggling slugger...

The numbers have been crunched, the abaci counted, and if you want the SABR view of his performance per chance, his wRC+ is down by about 50% from his career average. He's been almost a full win below replacement and is almost on pace to break Neifi Perez's Royals record of -2.9 fWAR.

Those are all statistical evaluations of Billy Butler. An evaluation for a bibliophile of sorts perhaps. A scholarly evaluation of the one who has been designated to hit and designated Country Breakfast, but hasn't objectively done one's designated duty to hit. This is a problem as the designated hitter should, in fact, hit well...in theory at least. Why is this happening? Is the once young Orange Park native no longer young? He certainly is not younger than he was this time last year. Has the once slim-ish Floridian lost his once slim-ish figure which is preventing him from turning on inside pitches? Certainly valid theories worth exploring. Players generally decline past age-28 and humans generally don't get slimmer as they get older. Billy Butler isn't really young or slim to begin with so perhaps that is exacerbating the decline. As stated, these are theories; waiting to be proved. Onus Probandi. One does not necessarily attest to nor confirm a theory just by typing them into an article and submitting them into the endless matrix of code that is the world wide web just as one doesn't confirm nor attest to a theory by reading it, but here we are. I, having submitted a hearkened theory and you having read said hearkened theory regardless of its validity. The vastness of the internet is unimaginable, infinite, wonderful, and perhaps limitless in manipulation .

Yesterday, the 28th of May in Anno Domini 2014, a domain on (or perhaps IN) the world wide web, "Fangraphs", has allowed users the ability to see intimate details of a hitters results to pitches in specific batting zone sectors, gratis. Not only do they provide that service unrecompensed, but they will also color stated sectors gratuitously, hereby known as a "heat map." These "heat maps" can be sorted by Pitch%, Strike%, Swing%, Contact%, AVG/P, SLG/P, ISO/P, RAA/100P, and lastly, but certainly not leastly, GB/P. A formidable approach to the visual evaluation perhaps of a hitter, and if one should desire, for a pitcher as well. Unlike the internet, the manipulations and outcomes are in fact finite, but let that not deter or detract someone, specifically yourself, from using such a web page or any data one can infer from that page.

I shall, on this day, the 29th of May in Anno Domini 2014, discuss, or rather bestow, another form of statistical interpretation.

We as humans are aesthetic beings and can become disgusted, queasy, intimidated and even fearful of what we've seen or possibly, if only theoretically, can be seen. This exercise should not stimulate any of the mentioned responses to the soon to be shown data, but instead should, hopefully, intrigue you or perhaps bewonder, befuddle, and befog your mind. Do not let any of the listed responses stop you from viewing this data. It is, in fact, just a parcel of code put together and displayed for solely your hopeful pleasure. Responses can be polarizing and perhaps you are in fact disgusted by the announced data, but that only shows how wonderful the internet is.

One must note that the data of this soon to be dispensed disposition is small in its size of sample, at times.

So I present to you apropos of any above theories, bare, naked and exposed to any evaluation, notion, theory, or idea that you can proselytize, proclaim, preach, or propose to explain the decline of the Country Breakfast, and without regard to it's aesthetic beauty, a visual of Billy Butler: 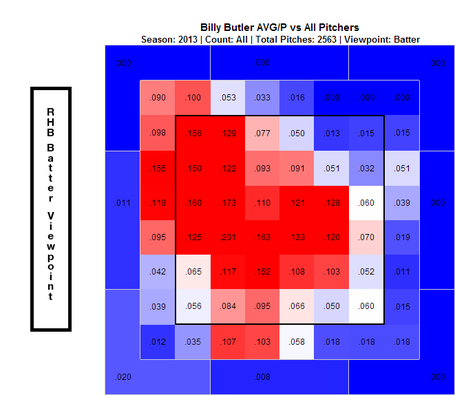 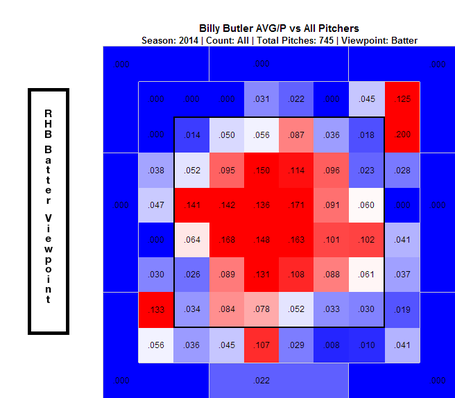 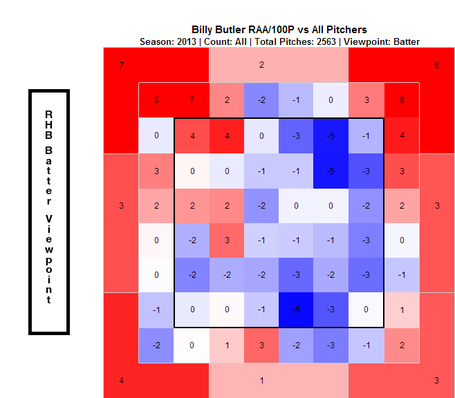 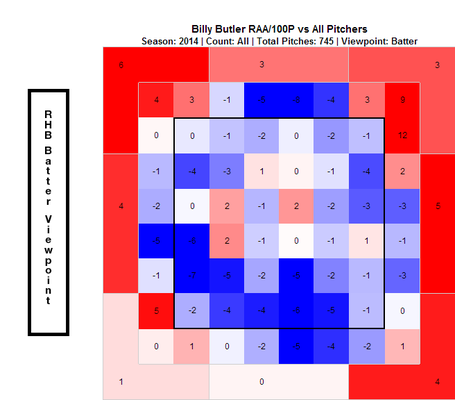