The rookie does not even last a full inning as the Jays rock him for seven in the first in a route.

Aaron Brooks was summoned from Omaha to make today's start in place of the injured Yordano Ventura, and from the get-go it had shades of this start when Eduardo Villacis was summoned to start in Yankee Stadium and thrown to the wolves. Villacis at least made it to the fourth inning. 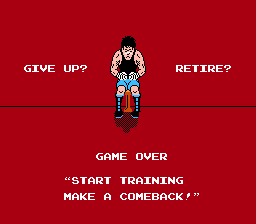 Aaron Brooks faced eleven hitters, and only retired one of them. He exited the game with a 43.88 ERA. He is the only pitcher in MLB history to have that ERA, and  if he never throws another MLB pitch again, its the 23rd highest career ERA in Major League history.

*-Leon Roberts was primarily an outfielder.

Three of those are Dayton acquisitions, interestingly enough (Booker was one of Allard Baird's last transactions before being fired). Probably just a coincedence.

Marcus Stroman is the Jays top pitching prospect, and he looked like it today, giving up just one run over six innings and striking out six with no walks. The Royals did manage a pair of weak runs, but really just as a courtesy by the Jays. Billy Butler had his third mult-hit game of the series and is starting to warm up. Over his last 14 games, Billy is hitting .327/.363/.412, so hopefully we'll start seeing the Billy of old, and not this Chris Getz impression he's been doing the first two months.

The Royals still have a chance to take three of four from a really good team on the road, which seemed impossible just a few days ago. And the great thing is, Aaron Brooks is not starting tomorrow.