Despite holding leads in the ninth and 12th innings, the Royals bullpen blows two late leads in an extra inning loss to the Padres. 10 Ks from Yordano Ventura and Hosmer's first dong hanging are for nought.

The Royals offense scattered 16 baserunners from the second through eighth innings. The Padres managed six baserunners through nine. Thanks to timely home runs from Yasmani Grandal and Jedd Gyorko, the score was all knotted up at the end of nine.

To be fair to the Royals, Eric Hosmer did hang wall-scraping solo dong in the top of the seventh to put the Royals and Yordano Ventura up 4 - 3. The Hosmer dong hanging--his first of the year--was an immediate answer for the three-run shot that Grandal hit off a curve that Ventura hung on the seventh pitch of quality at-bat from the 'roiding backstop.

Despite the three-run shot in Ventura's sixth and final inning, the Royals held a 4 - 3 lead heading into the bottom half of the ninth only to have Gyorko send a Greg Holland fastball that missed its target badly and ended up in the heart of the inner half of the plate right.

To have the Royals nastiest two pitchers cede the two Padres' home runs was deflating to say the least.

Phenom Yordano Ventura was almost entirely dominant, striking out ten Padres in his six innings of work while walking no one and allowing just five hits and another runner to reach on an Eric Hosmer throwing error to Ventura who was covering the bag at first. The Padres looked almost entirely overwhelmed by the lightning-armed righty. The key in that sentence, though, is the almost, as Grandal--who did have a foul-tip third strike that glanced off of Salvador Perez's mitt before finding its way to the dirt, thus keeping him alive--rocketed a hanging breaking ball into the seats in left field.

Fathers' starter Eric Stoltz looked to still be trying to shake off the shame that he's felt ever since the Back to the Future Trilogy Blu-ray set came out and revealed a wealth of footage in which he played Marty McFly so charmlessly as to have gotten removed from the film two weeks into filming. Stults Stoltz was yanked after just 4.2 IP, having allowed 11 Royals to reach base while striking out just two. Apparently he is not one for reading scouting reports. 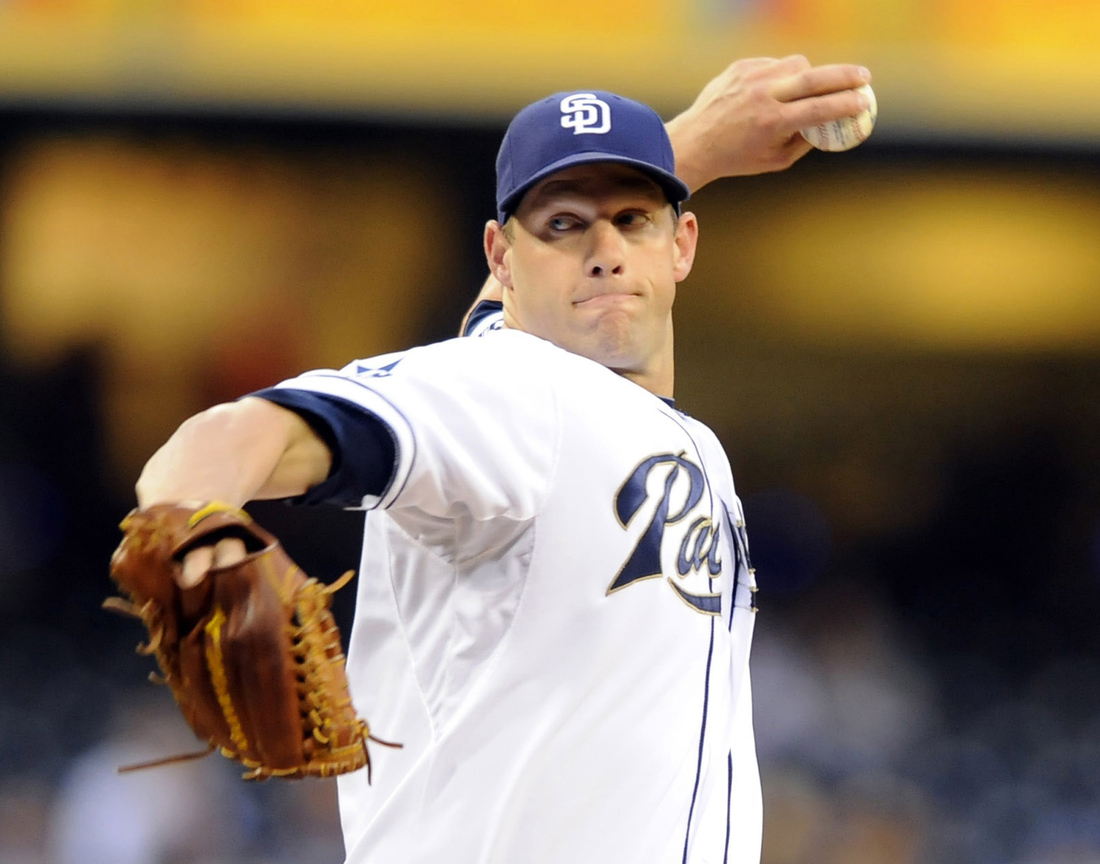 Aaron Crow and Wade Davis both looked very good in the seventh and eighth innings, only to have the ice cold Greg Holland serve up the long ball to San Diego's struggling second baseman. Crow, Davis, and Herrera (who pitched in the tenth) each struck out one while allowing no hits or walks.

The Royals threatened to score in the top of the 11th when Lorenzo Cain kicked things off with a lead-off double down the right field line. Cain advanced to third on a Dyson bunt only to have Justin Maxwell rifle a two-hopper back to Alexi Amarista at third, who threw Cain out at home, eliminating the scoring threat. Omar Infante--Omar wasn't coming--lined out to shortstop Everth Cabrera, and free baseball continued.

After Louis Coleman worked around trouble in the home half of the 11th, the Royals threatened to start off the 12th. Perez hit at one-out double to the gap in right center off of righty Tim Stauffer. While Alex Gordon struck out, late-inning defensive replacement Mike Moustakas roped a single to right and advanced to second on Chris Denorfia's late throw home.

With the Royals leading 5 - 4 and a Denorfia on first, they turned to the smallest person left in the stadium, Tim Collins, to try to finish off the Padres once and for all for one day. After a sacrifice put Denorfia on second, Yonder Alonso hit a blooper to shallow left field that Gordon dived for but came up just short. Keeping the ball in front of him, Gordon and the Royals kept Denorfia from scoring, but Alonso advanced to second, and Will Venable hit a ground-rule double to right-center field.

Lorenzo Cain had four hits, Perez and Hosmer each had three hits, and Alcides Escobar reached on two singles and a walk. The rest of the Royals position players combined for three hits and a walk. Yordano Ventura was better than the bulk of the Royals offense in his first game handling the wood in the Majors, as he ripped a single to left and reached on a fielder's choice in which no outs were recorded.

The Royals, who clearly deserve our blind and unwavering support despite having just one winning season since 2003, are still without a win in May, having lost five straight. Trust the bullshit process.