Just what the Royals needed to end another losing streak.

Share All sharing options for: Guthrie saves the bullpen

Coming into Tuesday's night game, the Royals bullpen was in despair. Not only had they coughed up not one, but two leads on Monday, they had thrown a lot of innings over the past few games. I remember doing my Detroit series preview and noting ahead of those games the Royals bullpen had thrown around 15 innings over the previous seven days. Going into the Monday, the bullpen had thrown 14 innings in the previous three.

They needed a starter to go deep into the game. They needed Jeremy Guthrie.

Guthrie turned in a performance of the highest quality on Tuesday. His command was spot-on and the BABIP Gods were smiling. It was what the Royals needed.

Guthrie threw 107 pitches, 70 of them for strikes. He served first pitch strikes to 16 of 29 batters. He opened with a 20 pitch first inning. Not exactly what the team was looking for when they need an extended start. But he was able to steady himself and go the eight innings. He never threw more than 18 pitches in an inning and needed only five to get through the third frame. For the most part, Guthrie worked the corners and kept the ball down in the zone. From Brooks Baseball: 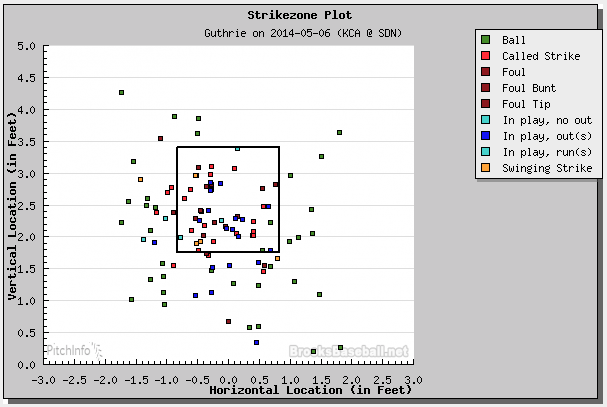 Obviously, the quality of opposition is a help in situations like this. Let's give Guthrie credit for keeping the ball down in the zone, and tip our hats to the Padres for swinging - and putting in play - a handful of balls way out of the zone.

For his career, Guthrie gets a ground ball around 41 percent of the time. On Tuesday, 12 of the 18 balls the Padres put in play were grounders.

From the chart above, it's easy to spot the Yasmani Grandal home run. Look up. Here's a better representation. 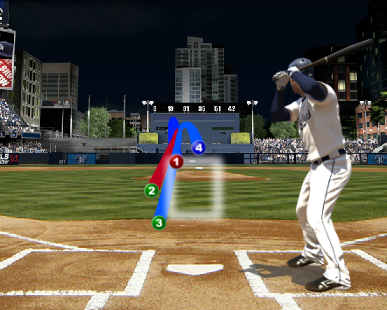 I wouldn't say this was Guthrie's only mistake of the night, but it was the only one where the Padres hitters swung the bat.

This provides a cleaner representation of the final pitch of each plate appearance. 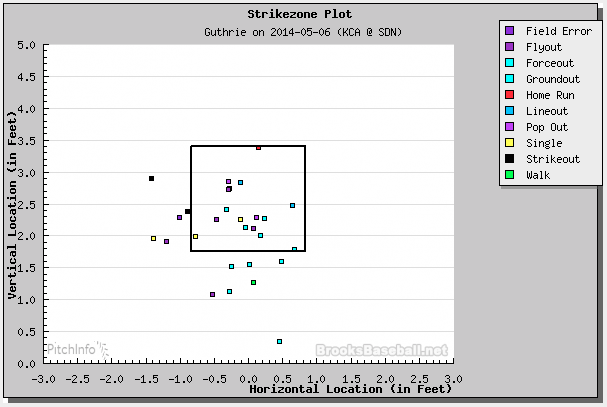 Dare I say that was a veteran performance. Tasked with saving the bullpen, Guthrie gave the Royals eight innings and the chance to win the game. Not his problem the offense is so anemic, they could only muster a single run in regulation. (Although Guthrie didn't help his cause. He's no Yordano Ventura at the plate.) It doesn't always work that way, but when it does, it's fun to watch.

Alas, there would be no souvenirs for the upper deck in San Diego.

This will never get old.