It's four game series time as the Royals return to the American League for a set against the Seattle Mariners. The Mariners are the hottest team in the AL, not playing in Detroit, winning eight of their last ten.

As usual, the Mariners offense isn't anything special. In fact, by some metrics, it looks vaguely familiar. 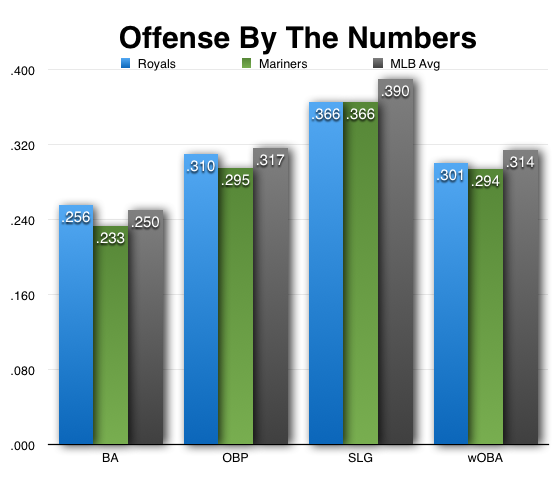 Over the last several seasons, the Royals and the Mariners have fought for the most feeble offense in the league. No different this year. Thankfully, the Astros moved to the AL. Now, these two teams are merely battling for second-worst offense. 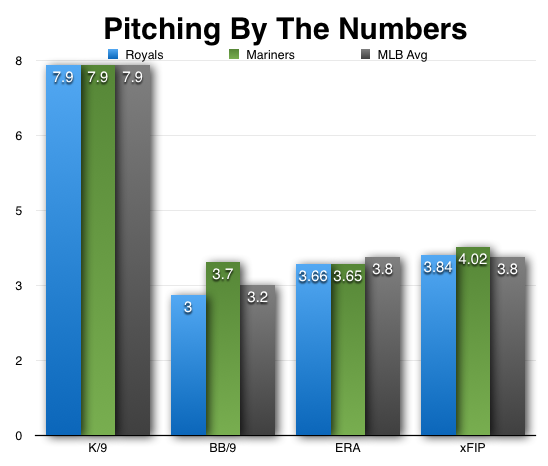 Mix it together and we can understand how both teams have run differentials that are running neck and neck. 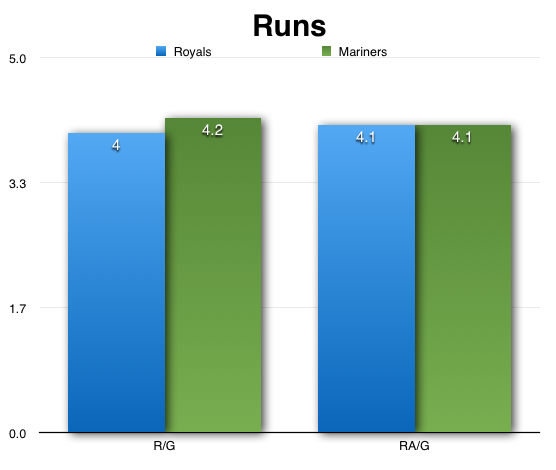 Seattle's lineup isn't as awful as the one the Royals faced earlier this week in San Diego, but there are still some major holes. James Jones was optioned to the minors last month, but was brought back when they got tired of watching Abraham Almonte attempt to do baseball things, so his numbers have a smaller sample size than the rest of the lineup. With Mike Zunino, Justin Smoak and Kyle Seager slugging above .400, that gives both teams a total of three hitters above this low watermark. (Salvador Perez, Eric Hosmer and Lorenzo Cain have topped it for the Royals.) And take a peek at those walk and strikeout rates. Whoa. 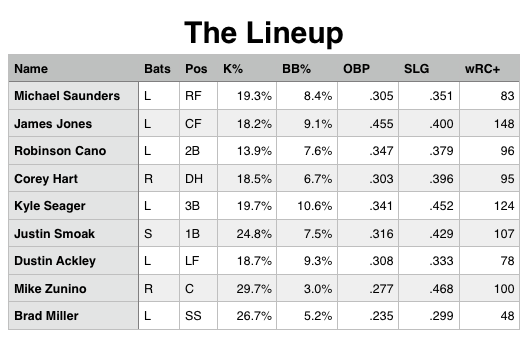 Dustin Ackley and Jones are likely platoon players. Oh, hey! Some familiar faces on this bench.

Felix Hernandez started yesterday in Oakland (and didn't strikeout a batter) so the Royals will miss him this weekend. Which is probably a good thing. 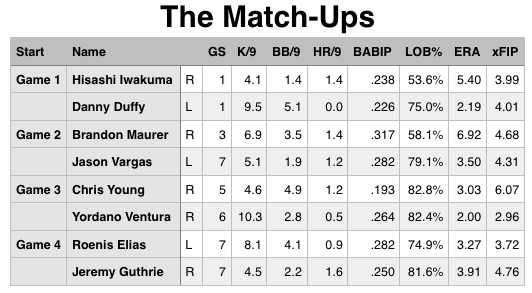 I can't believe Chris Young is still around. And then I see his stats and I still can't believe he's around. The expected rotation has been hit with the injury bug, which explains some of the match-ups above.

The Mariners have a strong bullpen that is seeing them through games when their starters falter.

Fernando Rodney is the guy getting the saves. I know.

On the internet, these look like two evenly-matched teams at this point of the season. The match-ups look favorable for at least a split. That would put the Royals at 4-3 on the road trip, which wouldn't be bad at all.