Checking in with OMD's Shadow Royals - May Edition

Two months into the season, it's time to compare and contrast the Shadow Royals to the real deal.

Share All sharing options for: Checking in with OMD's Shadow Royals - May Edition

While this may be a month late--external factors prevented me from completing this entry following the conclusion of the first month of the baseball season--today we take a look at how the Shadow Royals are faring against their real-life alternative.

Most of the regulars here no doubt know what this column is, but it is probably in the best interest of the community if I provide a bit of background.

For the second straight year, our new fearless leader Max oversaw an SBNationwide simulation of the Major League offseason. For one week, a regular person took the reins of a team with its roster intact from the close of the 2013 season. These faux general managers were almost entirely comprised of writers from each team-specific site with the outliers being St. Louis (Scott McKinney) and I believe Seattle (nwroyal).

We were given a reasonable budget within which to operate. The Shadow Royals were working with an $85MM budget, and there ended up being $920K left over. To compare the two, the Shadow Royals spent $84.08MM while the real Royals' payroll was $92.18MM, or $8.1MM higher than the Shadow Royals' payroll. If you are curious as to how the simulation went down, Max's debriefing can be found here (links to the open threads are in that article). The piece following my moves as they happened is here, and the post-coital wrap-up on the Shadow Royals can be read here.

In the interest of holding myself accountable when I'm going to repeatedly invoke #anustart in reference to the sitting general manager, I will now proceed to compare my work to his.

We start with the 2014 Kansas City Royals of the real world.

When looking at the Shadow Royals, I'll go ahead and list all of the players signed to both Major- and minor-league deals, and we'll worry about their role later in The Process.

Before adjusting for differing usage, the Shadow Royals' offense tallied 7.6 fWAR and 7.3 rWAR, or an unadjusted average of 7.45 WAR. The pitching staff added 4.1 fWAR and 1.6 rWAR. That's good for an unappealing average of 2.85 unadjusted WAR. Combining these figures, the Shadow Royals racked up 11.7 fWAR and 8.9 rWAR, averaging 10.3 WAR between the two measures.

So a preliminary look at the Shadow Royals shows a slight improvement over the Royals of the real world, but this doesn't really account for the dispersing of playing time as my Shadow Royals would have employed. First, we should establish the baselines. The real Royals recorded 2081 plate appearances and 495.2 innings pitched through action on May 31st. Going off the raw data above, the Shadow Royals had 2,158 PA and 493.1 IP. 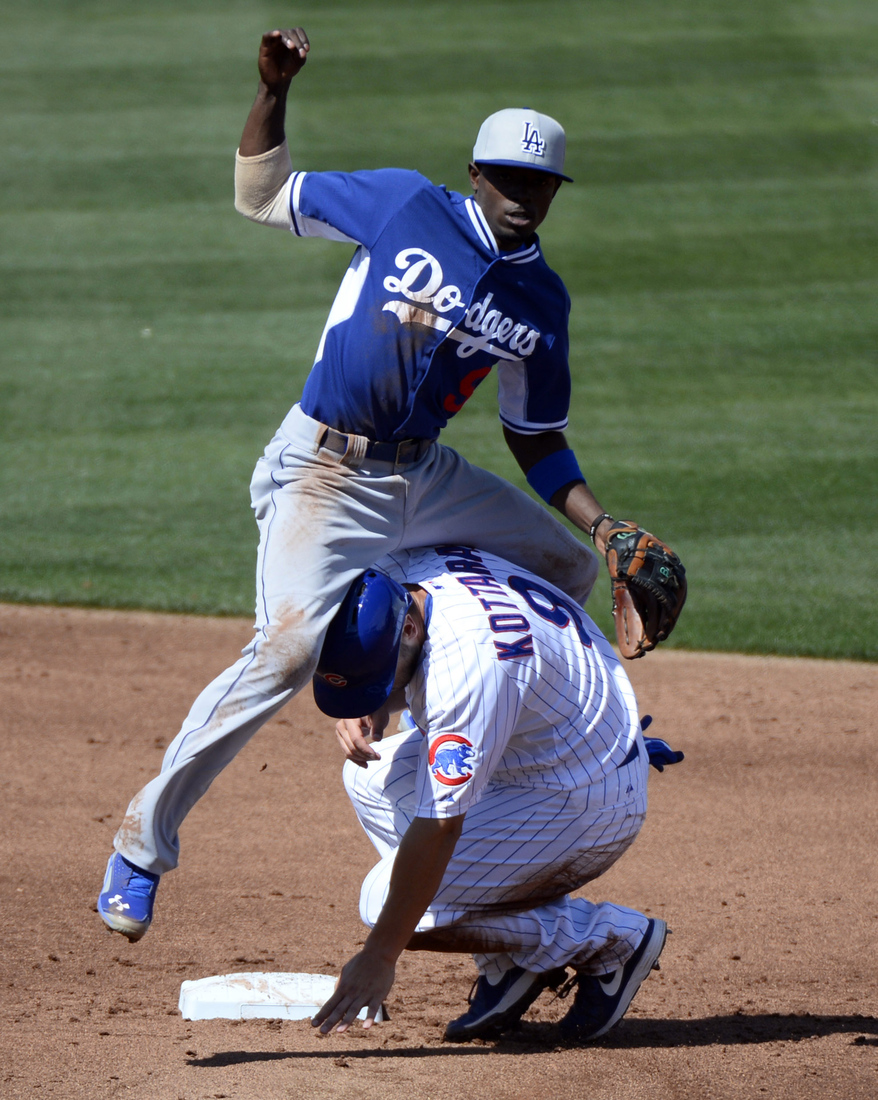 There is a sizable chunk of the Shadow Royals' roster that needs no adjustment. Of the first nine position players listed, only George Kottaras and Jarrod Dyson would see a difference in usage.

As Royals catchers totaled 226 PA, that leaves 34 for Kottaras, at least as a catcher, adding 30 to his total. Given the wild extremity of his one game's worth of statistical data, we'll leave his WAR right where it is for the time being. Hayes would not have sniffed the big leagues yet.

To look at what Jarrod Dyson's playing time would have been, we must first look at Lorenzo Cain and Michael Bourn's stints on the DL. Cain didn't play from April 17th through May 4th, missing 16 games. Conveniently Michael Bourn was on the DL until April 16th. The lion's share of the roughly 40 open plate appearances would go to the left-handed-hitting Dyson over Maxwell. This means Jarrod Dyson essentially plays full time for the first 13 games of the season, adding roughly 30 PA to his total, with Maxwell picking up about 10 PA in scraps.

There are 225 PA to be divvied out to third basemen. After action on April 15th, Moustakas was slashing .100/.200/.150. With a roster move needing to take place to activate Bourn on April 16th, Moustakas would have gotten demoted. He had collected 45 of the 225 PA at that point. For the sake of ease, we'll leave him there. Valbuena would likely have only been used sparingly in that time, so we'll knock off 22 of his 29 PA amassed by April 15th. That brings Valbuena down to 133 PA. When combined with Moustakas's 45, that leaves 47 PA for Ciriaco--a modest gain of 5.

Of course, the biggest hole in the roster is at designated hitter. Paul Konerko was acquired to only face lefties. For whatever reason the White Sox have actually had him face righties 51 times and lefties only 42. Neither split has looked good, but Konerko has slashed .205/.238/.385 with a .270 wOBA and 64 wRC+ against LHP while managing an abysmal .149/.196/.213 triple-slash with a 187 wOBA and 6 wRC+ against RHP. There's simply no way he'd have faced that much RHP. Butler faced LHP for a total of 58 PA in the first two months of the season. Add maybe another 10 PA against RHP for Konerko. That cuts 25 PA off of Konerko's total. With 235 total PA for DH and Konerko claiming 68, there are 167 PA that need appropriation. Travis Snider, who was signed to a minor league deal with a player opt-out clause if not on the 25-man roster by June 1st, would get pretty much the same 120 PA that he's got above.

I'd love to take 4.8 WAR from extrapolating Kottaras's WAR based on 16 times more playing time, but that seems wildly unfair. That said, I am going to knock off an additional 0.1 WAR from Konerko's totals, which is a very conservative estimate as to what adjustment should be made for slashing his PA versus RHP. Not having earned any playing time yet, would be Brett Hayes, Johnny Giavotella, and Irving Falu.

The players above account for a difference in 0.3 WAR, and losing Giavotella, Hayes, and Falu adds another 0.7 WAR, totaling 1.0 WAR gained in position player adjustments. The Total Position Player Adjusted WAR is 8.45 WAR.

On the pitching front, I had anticipated my preseason rotation consisting of James Shields, Chris Capuano, Shaun Marcum, Bruce Chen, and Felipe Paulino. So the pitchers comprising the Opening Day roster would have been Shields, Capuano, Paulino, Chen, and Slowey for the rotation and Holland, Herrera, Smith, Louis Coleman, Lucas Harrell, and Hector Noesi (the last two being out of options). Ventura and Mendoza fill the slots that Paulino and Chen vacate with their trips to the DL.

One crazy week, 235 sent emails, and multiple fake GMs filing harassment charges later the Shadow Royals of 2014 are here. 7,186 words lie below this point. Enter at your own risk.

Whew! What a week. Let's take a look back and mock each other's transactions.

Capuano is pitching in relief in Boston. As he'd have been the Shadow Royals #2 starter, we'll slot his innings at 74.2, between Vargas and Guthrie's total IP. Marcum just had a setback in rehab and hasn't pitched yet. Chen would have been used in essentially the same way that he was here, with the initial plan being to move him to long relief to make room for Ventura when service time was properly gamed. Chen's last start was on April 24th.

Paulino went down on April 18th. Ventura would have been in the minors through his first three starts to game service time. Since Paulino made his last start before heading to the DL on 4/18 and Ventura's third start was on 4/20, we'll cut 17.0 IP off of Ventura's season and leave Paulino right where he is.

With the rotation thus far consisting of Shields, Capuano, Paulino/Ventura, and four starts of Bruce Chen, the next in line for the rotation in my eyes would have been Kevin Slowey. He's been healthy this season, so we'll slot him at 71.2 IP.

Rounding out the rotation for the six starts in Bruce Chen's spot will be Luis MendozACE. We'll give him 33 IP and assign replacement value to his innings.

Up comes Blake Wood because we can't quit him. We'll add 10 IP to Wood's total.

The Shadow Royals also can't fathom not using Holland at least as much as Herrera. 6.0 IP get added to Holland's total.

This leaves 16.0 IP to hand out. Rather than go with the players that the Royals called up, the Shadow Royals would have called up Donnie Joseph to add another LHP to the mix in the pen.

When combined with the position players' WAR, the Shadow Royals' adjusted total WAR is 12.95.

3.0 WAR better than the real Royals.

In the early goings, the throw shit at the wall and hope that it sticks approach to assembling the pitching staff on the cheap isn't going especially well. Capuano has pitched well in relief. Slowey has been healthy enough to pitch. Luis Mendoza is pitching well in Japan, but that doesn't do me much good other than being able to say he's healthy enough to slot into a rotation spot. Marcum, Karstens, Paulino, and Chen have barely been healthy if they've been able to set foot on the field at all. Mijares appears to have retired after being released by Boston in March. Paulino has been unable to regain control on his pitches while rehabbing in AAA - Charlotte. They pulled him from his assignment. I'm hoping that Don Cooper works his magic to my benefit (and eventually helps erase that negative WAR). Marcum was shut down about two weeks ago with recurrent shoulder problems.

There is also a fair amount of volatility in the numbers, especially for Wood, Slowey, Capuano, Joseph, and Kottaras. I also think I'd gain at least 0.1 more WAR back on Konerko when used properly, but I have no idea how to reverse engineer his WAR to subtract the dismal figures against RHP. I'm also looking forward to the day where Justin Maxwell comes back up and gets to erase some of his negative value.

It's hard to complain too much about the Shadow Royals' offense. If measured against real teams, the position players would comprise a top ten unit. The volatile pitching staff would be smack dab in the middle of the pack.

Even with a piecemeal pitching staff that's worked out less than desirably, it's hard to complain about where the Shadow Royals are in comparison to the real ones.