Jonathan Singleton's new deal with the Astros has been compared to theft and called "trashy," so what does that make Salvador Perez' deal?

Jonathan Singleton got $10 million before appearing in a single Major League game, so it's hard to get too worked up about the fairness of his fortune ... but several people in baseball have given scathing opinions of the Astros new deal with their first baseman of the future.

Agent on the Jonathan Singleton five-year, $10M, up to $35M extension with the #Astros: "Trashy deal [for Singleton]."

Sorry but this Singleton deal is terrible. Wish the Jon listened to the union and not his agent.

Despite the progressive changes produced by the Players Union, Major League teams have the upper hand in extension negotiations, and some agents -- like Singleton's representative Matt Sosnick -- have little motivation to excogitate the long-term welfare of their clients, opting instead to secure a pay day for themselves in the present.

Maybe someday players will have to retain legal representation to mediate transactions with their agents, but at this point, minor leaguers like Singleton and his teammate George Springer -- who declined a similar extension earlier this year -- can't exactly match top agencies dollar-for-dollar. Some minor leaguers are paid as little as $300 per month. The average over all levels of the minors comes in at around $1,000 month, depending on the source. Unless they're among the few who were able to land a significant bonus when they were drafted or signed as amateur free agents, most of these guys are just scraping by -- hoping for the chance to become millionaires overnight in the big leagues. Obviously, few of them get there.

Jon Singleton and an offer he couldn't refuse

The Astros and other clubs are trying to extort contract extensions out of their minor-league prospects. Is there anything the players can do about it?

Jeff Zimmerman on the extension, the day after it was signed.

First, in a completely practical way. Earning $21.75 million over eight years is probably going to be really, really cool for Sal. That's enough money for him to do whatever he wants, short of buying a majority stake in a Fortune 500 company, but he might be able to buy a decent little island. He's set for life. Unfortunately, the system is set up to exploit contentment like that. Would you take a pay cut at your job so the company's executives could earn more? Would pass up a raise -- even if you knew you deserved it -- just because you aren't starving? Sure, the scale is larger in baseball, but that doesn't change the principle. For better or worse, in American business, the answer to almost every question is "more."

Second, the contract is ridiculously cheap -- which is the obvious and prevailing opinion of the deal. If Jon Singleton is getting "robbed," what's happening to Perez? Unless Singleton becomes the next Lance Berkman, Perez will probably a more valuable player over the next five years or so. Singleton is good, but he strikes out a lot, and he plays first base, so his overall impact is going to be heavily dependent on his bat.

In both cases, the argument can be made that the opportunity to secure a comfortable financial future outweighs the potential to earn more over time. But if you consider the argument being put forth by Bud Norris and many others, you might begin to wonder where, exactly, your loyalty lies.

You're a Royals fan, but what does that really mean? The baseball team, right? Wins. Not the owner or the P&L statement. 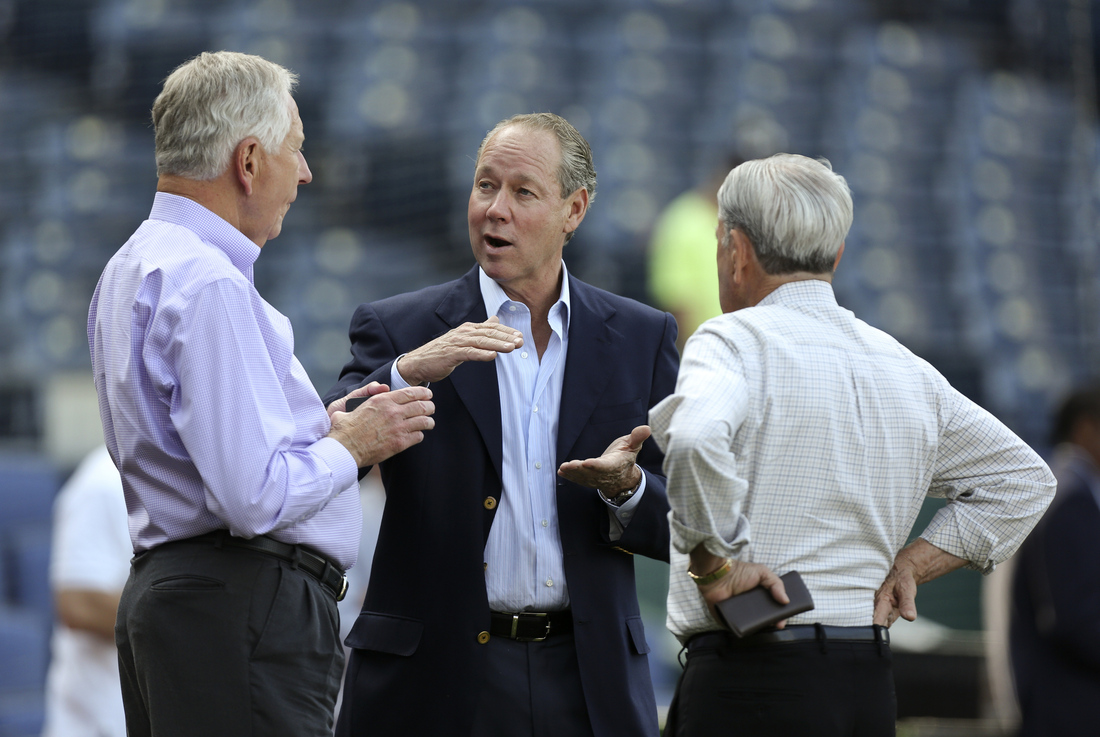 It's great that Perez' relatively altruistic compensation gives the Royals more flexibility to build a better roster, and his contract certainly isn't the first of its kind, but at a certain point, it starts to feel like we're hoping that the organization gets every chance to screw over its players. Naturally, many fans won't feel this way because Perez and Singleton are millionaires. Fair enough, but if you take that stance, you're basically promoting the front office's excuse for them.

I'm sure I'm not alone in preferring that what little money I spend on the Royals goes to Salvador Perez, not David Glass.

It's not like this is a tragedy, but it seems to highlight the fact that there's a fine line between rooting for your team and rooting against the best interests of the guys you actually root for during the games. That line between the two used to be blurry enough to ignore, but it's sharpening.