Share All sharing options for: Royals Rumblings - New for July 14, 2014

Nick Cafardo of the Boston Globe writes the Royals are interested in Phillies outfielder Marlon Byrd, even though they're listed in his no-trade clause.

Sam Mellinger argues the Royals have some margin for error in their chase for a playoff spot because the competition is so mediocre.

The Royals must be good, perhaps even very good, but they do not have to be great. Last year, the Indians and Rays got in the playoffs with 92 wins. At the moment, the Mariners own the second wild-card spot and are on pace for 87 wins. Last year, the Royals won 43 of their last 70 games. The same finish would give them 90 wins this year.

Among the Royals’ competition, the Tigers have a horrendous bullpen and their fans are now regularly booing Justin Verlander. The Mariners hit worse than the Royals. Edwin Encarnacion is on the disabled list for the Blue Jays, who are still giving regular starts to J.A. Happ. The Yankees have an ancient lineup and their only two good starting pitchers are hurt.

So this is not a treacherous climb up a mountain as much as it is a brisk jog, most of it uphill but also with a few water breaks along the way. The most obvious place the Royals need to improve is offensively, particularly with power. No American League team has finished last in homers and made the playoffs since any current Royals player was born, including Raul Ibañez.

Speaking of Mellinger, his book "The Art of Scouting" with Art Stewart, is now out. Here's a long excerpt.

Andy McCullough writes that while the Royals should be praised for their farm system, there doesn't appear to be much immediate help on the horizon.

"Between Omaha and their (Class AA) club," one American League executive said, "there’s nobody that looks like they’re going to jump up soon as a significant piece."

That might be why the Tigers won this one 5-1.

Ned Yost has things figured out.

#royals ' yost on tigers dominance this year: "Their pitching is about the same as ours. ..but they're hitting better than us." 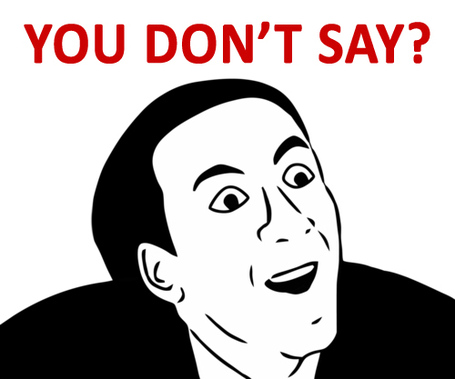 The Omaha Journal-World has a nice piece on the journey Alex Gordon has taken to go from disappointing high draft pick, to two-time All-Star.

Over the first seven seasons and 4,200 plate appearances of his career, he averaged 35 doubles, 17 homers and a .298/.364/.459/.823 slash line per season. He was no Edgar. He was no McRae. But by Royals standards, he was definitely productive enough to keep around. Then came this season. A year that has made us ask, pretty much daily: What the heck?

More than 360 plate appearances into his season, Butler has hit three home runs. Three. Eugenio Suarez hit three homers in his first eight games in the big leagues. Butler has hit three all year. Two years ago, he slugged .510. This year, he's slugging .353. In the 42-season history of DHing, there hasn't been a single "regular" DH (i.e., a guy who DHed in 75 percent of his games) who was given 500 plate appearances without hitting at least five home runs and slugging at least .350. But that's where Butler is heading -- toward a season in which he reaches neither of those pedestrian plateaus. At age 28. For a team that sure could use the offense it once received from an artist formerly known as Billy Butler. So let's all ask again the only question that makes any sense at a time like this: What the heck?

Hey, did you hear Lebron James did a thing? He signed a contract half as long as Omar Infante's with the luckiest sports town in America, Cleveland, Ohio. Nate Silver, if you can believe him anymore after missing in his World Cup selections, looks at what life would look like in Cleveland with both Lebron James and Kevin Love doing sports things.

Can the emergence of ride-sharing services like Uber and Lyft reduce the amount of DUIs?

Radiohead is preparing to release an album this fall. Speaking of Radiohead, check out this Twitter feed, beginning Saturday evening and going back.

RIP Tommy Ramone. In honor of Tommy Ramone, here is the song that reminds me of Royals fans. Here is "I Wanna Be Sedated."